If you want to organize a trip out of town with the children, you can opt for a safari zoo: in a naturalistic oasis that will teach children to know the animals within their natural environment. Here are some of the largest and most beautiful zoological parks in Italy.

During the summer, you can plan a trip out of town to take the children to a naturalistic oasis or to one safari zoo, to get to know live animals they have seen in books or on television.

Recalling that i zoological parks is bioparks they are not only spaces where man can have fun admiring animals, but they are becoming more and more places where the main commitment is to protect some species from extinction and others that are less rare but equally important. The zoo they are places where you can also learn respect for the animal world and for nature.

Here it is the 10 most beautiful zoos in Italy selected for you.

(Before leaving: before traveling to one of these destinations, check timetables and any openings and closings) 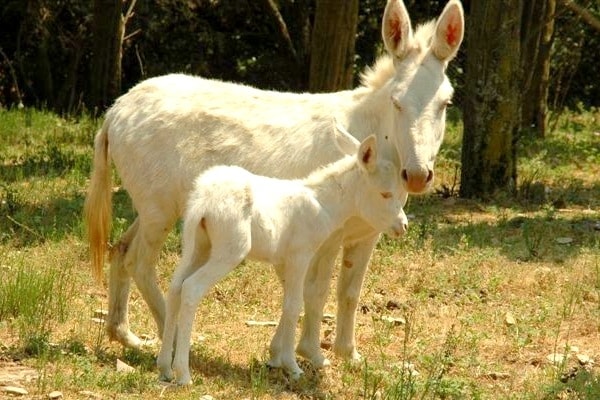 During the summer, you can plan a trip out of town to take the children to a naturalistic oasis or a safari zoo, to get to know the animals they have seen on the …

1. Fasano, the largest in Italy

We like it because … The largest Italian wildlife park, one of the most complete in Europe, is located in Fasano (BR). Its 140 hectares are home to about 1700 specimens of 200 different species, distributed in numerous thematic sectors, from the “Safari”, a circuit of about 3 km among the olive trees where you can observe animals in freedom (lions, tigers, elephants, giraffes, zebras, antelopi and many others) aboard your own car or equipped trains, to the “Tropical Room”, a 700 m2 tensile structure entirely dedicated to reptiles, fish and invertebrates. The park also offers pedestrian areas surrounded by greenery for the observation of primates and fun routes with small trains to discover the “Village of the Apes” and the “Lake of the Great Mammals” with rhinos, hippos and polar bears.

Every year it Zoosafari offers visitors news in the wildlife, scientific and recreational fields.

Also worth mentioning are the didactic aspects of various museums and the Botanical Path in the woods, as well as guided tours in the Safari and zoological lessons in the Didactic Center, consisting of the Small Farm, the Madagascar Room and the European Tortoise Safeguard Center.

We like it because … The Parco Natura Viva of Bussolengo (VR), a stone’s throw from Lake Garda, is one of the main centers for the conservation of endangered animal species. Here live over 250 animal species and about 2000 specimens divided into three large areas. On board your vehicle you can explore the safari park to discover the inhabitants of the savannah: wildebeest, antelope, zebras, giraffes, lions, cheetahs and hyenas are just some of the various species that live in freedom. In an oak forest, on the other hand, there is a wildlife park where goats and other farm animals live, wolves, lynxes but also Santa’s reindeer. Finally, in Extinction Park, you can retrace the history of life through life-size reconstructions of the most spectacular animals, now extinct forever, that populated the Earth before us.

We like it because… The Pombia Safari Park (No) is divided into a wildlife area that hosts animals that live in freedom to be observed on board their vehicles or the park’s trains, including lemurs, cheetahs, zebras and endangered species such as white rhinos and Siberian tigers. here they have successfully reproduced. It is also possible to admire sharks, piranhas and morays swimming in the 20 tanks of the aquarium, the snakes of the reptile house and the wonderful butterflies in the giant insect reserve. Finally, you can attend demonstrations of flight and skills such as those of parrots and birds of prey in the fortress of the falcon and live shows with dancing horses and Argentine gauchos.

4. The Cornelle, many protected species

We like it because… The Le Cornelle Park di Valbrembo (BG) is a place where the project to safeguard rare and endangered species has been successfully achieved: many are in fact the puppies born here from the rare species housed here. In the over 100,000 square meters, which can only be entered on foot, live about 120 species of animals such as the cassowary, the Manchurian crane, the snow leopard or the white tiger, today completely extinct in nature whose coat is manifested thanks to the combination of recessive traits. The park is open all year round and offers interesting guided tours for schools of all age groups.

5. Prehistoric Park, face to face with the dinosaurs

We like it because… A Jurassic Park 25 km from Milan. The park of the prehistory of Rivolta d’Adda (MI) is a nature trail of over 100 hectares where you can closely admire 27 life-size reconstructions of prehistoric animals, including the Saltriosaurus, the largest Italian carnivorous dinosaur about 8 meters long. In the park there are also many free animals including …

“Nursery rhyme the dress does not make the monk”

Can babies be spoiled? No, that’s why!

Can babies be spoiled? No, that's why!