Sirmione Castle with children, what to see and what to do

Sirmione Castle is an example of architecture that leaves everyone speechless. And its surroundings also offer surprises.

A marvel of other times, is the Sirmione Castle in Lombardy. A fortress bathed on all sides by Lake Garda (which is not only Gardaland, even if children love it for this), in a naturalistic context that is unique in the world. In addition to being one of the best preserved castles in Italy, a destination for tourists and onlookers, the Sirmione Castle has an incredible history and its surroundings that are worth a visit, even for a weekend. The Terme di Sirmione they are a beloved destination for young and old, in an itinerary that has water as its main element at the center but also has many other facets. Here’s what to see and what to do at the Sirmione Castle, in its village and in its immediate surroundings.

Sirmione Castle, what to see in two days

Children love castles. Especially if they love the stories of knights and princesses. At the Castle of Sirmione then, they will be able to cross a real drawbridge! The external aspect of the fortress, used by the Scala family, has remained the same as in the 13th century, the year in which the construction process of the fortress began. The dock, built as a refuge for the ships of the fleet, is a truly impactful architectural example, as it is kept in perfect condition.

Inside the walls you enter another world. It is a lively and cheerful village full of alleys in which to get lost: the more daring can also climb the steps (146) to take a walk on the walls, like real soldiers in a defensive position.

A two-day itinerary in Sirmione will allow the whole family to discover the ancient village and its walls, but also to relax in one of the spas around the castle.

The thermal baths of Sirmione

An activity that the ancient Romans already adored and that has remained at the top of the preferences of those who visit Sirmione is going to the spa. The thermal waters of Sirmione are also used to create solutions for the nasal washing of children: it is no coincidence that in the Aquaria center, the most advanced, there are also thermal treatments for the airways intended for children of 14 years. The most famous are Terme Virgilio and Terme Catullo, which however are located outside the center and must be reached by car. All accept children, who will have fun in the hot pools, immersed in the Lombard nature.

Like all castles, Sirmione also has its legend linked to two characters, whose history has been handed down for centuries by oral tradition. The story tells of a boy, Ebengardo, who was in love with Arice. On a stormy night, a knight asked for shelter within the walls of the castle: seeing Arice, he fell in love with her and tried to enter his room. Frightened, Arice was stabbed by the knight, a gesture that later led to her death at the hands of poor Ebengardo. This is why it is said that, on stormy nights, the screams of the two young people can still be heard in the streets of Sirmione, divided by a terrible tragedy and united forever by their love. 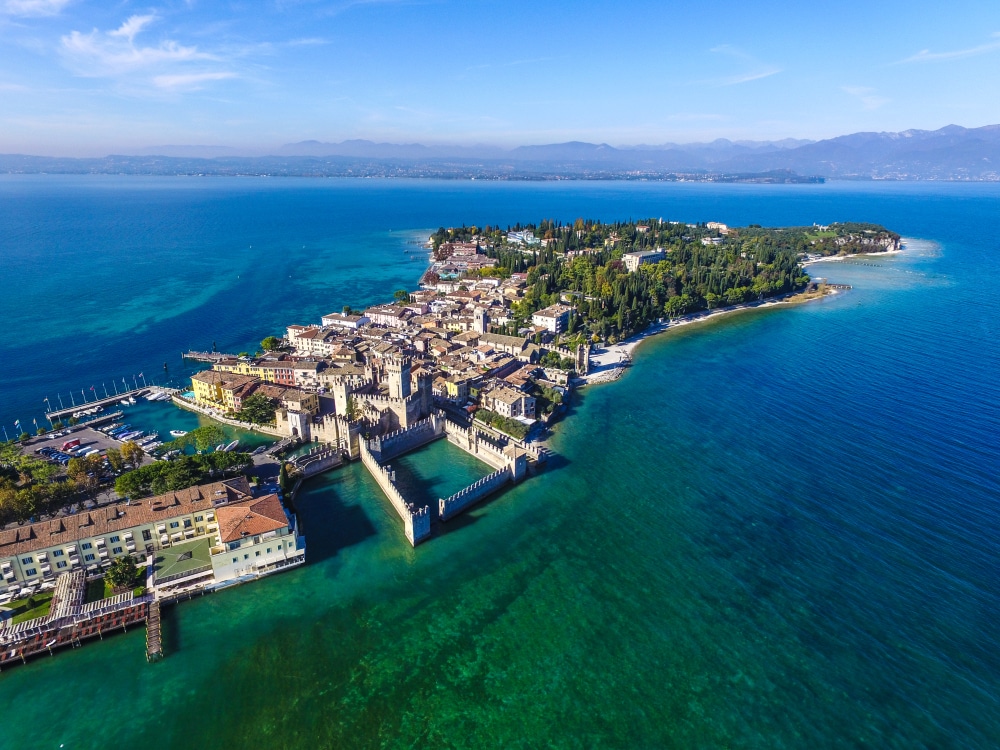 What to see around Sirmione

Giocabosco, the forest of gnomes and fairies

About an hour from Sirmione there is a beautiful wood where the great protagonists are gnomes and fairies. Is called Playful and it is an environment surrounded by nature, with small buildings that recall the houses of these fairy characters. Suitable for kindergarten and primary school children, the little ones move in a sustainable context, in contact with nature and imagination.

Disclaimer: some places and attractions mentioned in the article may be closed or have undergone time changes due to the Covid-19 emergency. Always consult reference sites to check before traveling with children. Our intent is to reveal hidden places in Italy, villages and unknown places to travel in the vicinity when it can be done more lightly. This is why we will continue to give advice on families who can’t wait to start over!