Kate Middleton in labor, the 4 rules imposed by the Queen that she must respect

Being a princess has many advantages, but also a strict protocol to be respected. And, even when you are pregnant, you must adhere to precise rules, in this case established by the Crown, which, as we know, is very fond of millenary traditions. Here are the four rules that Kate Middleton must pay close attention to if she doesn’t want to upset Queen Elizabeth II …

After having had George, in 2013, e Charlotte, in 2015, Kate Middleton she is preparing to give birth to the third child.

The Duchess was admitted to St Mary’s Hospital in Paddington in London this morning in the early stages of labor.

And even if the Queen Elizabeth II has softened a lot on some millenary traditions (just think that her grandson Harry is about to marry Meghan Markle, an American actress who was of Protestant religion and, above all, is divorced), there are still some die-hard habits that Prince William’s wife should adhere to in pregnancy and childbirth. Here are the four most important:

1) The main rule: the Queen must be there first person to be informed of the birth. Sara William in person to call her and announce the happy event before anyone else. After William’s announcement to his grandmother, an easel will be placed out of Buckingham Palace with all the information about the baby: time of birth, weight, length. 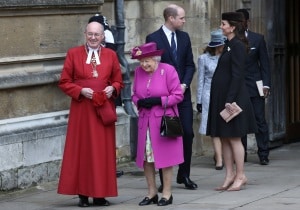 2) The birth of the child, just as it happened in medieval times, when most of the people could neither read nor write, is announced in the street through a auctioneer, a kind of minstrel, who performs his duty in typical costume. Also for the third royal baby it will be Tony Appleton, in eighteenth-century clothes, to take care of it.

3) Dad William in theory would not be allowed in delivery room, but he always wanted to follow the birth of his children in person, thus breaking the tradition. His grandmother, in fact, Queen Elizabeth II, had a long and tiring labor and the birth of the prince Carlo without the support of her husband, Prince Philip (apparently he was busy playing squash). 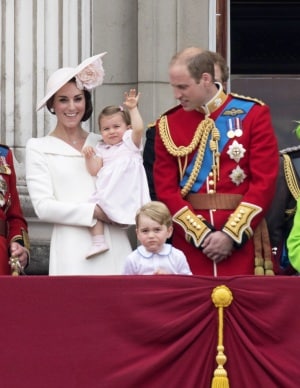 Kate Middleton’s family at the last Trooping the Color ceremony: with her, William and their children George and Charlotte

4) The midwives who will take care of the pregnancy and childbirth of the Duchess of Cambridge must sign an obligatory pact of confidentiality, which strictly forbids them from divulging any details about Middleton’s labor and the birth of the royal baby. 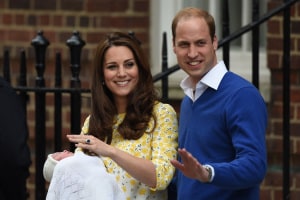 Outside St. Mary’s Hospital in London, Kate and her husband William greet subjects and onlookers with Charlotte, just born in their arms (May 2015).

In addition to these four rules, among the latest news on Middleton’s pregnancy there would be one of her wishes: the Duchess would have revealed to some friends that she wanted to give birth not in the hospital, but in one of the palaces of the Crown, perhaps Buckingham Palace. This for several reasons: this royal baby is no longer the first child, but the third, and Kate already knows what awaits her at that moment; it is not the first heir, therefore the external pressure of subjects and international media is much less; finally, Kate wants to avoid the inevitable hustle and bustle of curious And paparazzi that would crowd St. Mary’s Hospital in London, so as to avoid sources of stress for her and also for the other pregnant women housed in the facility.

Babies already at 8 months know when they need adults

Kate Middleton in labor, the 4 rules imposed by the Queen that she must respect