Alice, Victoria, Arthur and Phillip. What could be, after choosing George and Charlotte, the name of Kate Middleton and William’s third child? Once again, the bettors aim to predict which name the royals will choose. We reveal which ones might be the most likely. And why.

He was not even born and is already making everyone talk about himself. What will the third child of Kate Middleton and Prince William be called?

Several betting sites have released the data available to them, reported by the British magazine The Sun.

Many others also make their considerations based on the choices already made by Kate and William. So, after George and Charlotte, what will the couple’s chosen name be? A classic mix, but still current? 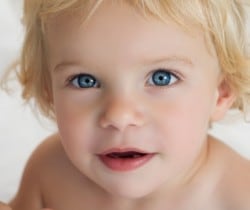 Royal Baby names, that’s why little princes are called that

Charlotte, George, Pablo, Eléonore, Sofía. The name of a prince almost always has a symbolic meaning, and is hardly chosen “at random”, …

But why are they so likely? When Kate and William chose George’s name and Charlotte’s, they made very specific choices. Which could replicate this time too. As reported by the site “today.com”, here are the reasons for their choice this time too.

How big is your baby in the belly? As small as a poppy seed or as big as a pumpkin

To begin with, the six names given to the two children, George Alexander Louis and Charlotte Elizabeth Diana, were chosen from among those of other members of the royal family who preceded them. It is therefore a tradition that the couple gladly respects.

Yes, William and Kate are also sensitive to trends. And both Charlotte and George are two very popular names in Britain at the time. The name George, in 2012, was in 12th place in the ranking of the most popular in England. Charlotte was in 23rd place in 2014.

3 – A tribute to members of the royal family

Some of the three names chosen for George and Charlotte are homages to family members.

4 – It is not a problem to repeat the names of relatives, even if not really close

The names of William’s cousins ​​are: George, Alexander and Louis and Charlotte also has the name of Diana. And William and Kate avoid names that are too common and close (for example, those of the Queen’s children and grandchildren). So Anne, Andrew, Edward, Beatrice, Eugenie, Louise and James would be excluded. Or at least this won’t be their first name choice.

So following this list of criteria, here are the likely names for the future royal baby and why.

Alice (already at the top of the bookmakers’ quotes). It is a royal name and the princesses who had it were noteworthy. It was the name of Queen Victoria’s daughter, Alice of Saxony. There was also Princess Alice of Battenberg, mother of Prince Philip (mother-in-law of Elizabeth II) and therefore William’s great-grandmother. Alice ranks fourth among the most popular names in Britain.

Sophia. It is both popular and real. Britain has almost already had a Queen Sophia. Unfortunately, the so-called Electress Sofia died weeks before she officially became queen, in 1714, giving way to her son George I. Sofia is the second most used name in the UK.

Arthur. It is among the favorite names in case it was a boy. If they discard the names now in use by the royal family (Charles, Henry, William, Edward, James …), only Arthur remains among the most probable ones. He is 35 on the list of most common names in Britain and on the rise. Not only is the legendary King Arthur famous, but the British monarchy almost had one of his own to the throne. Except that Henry VII’s eldest son, Arthur, died at the age of 15.

Albert. If it’s a real name, we have Queen Victoria to thank. Devoted to her husband, Prince Albert, she decided to give this name (not necessarily as the first name) to all her children (and grandchildren). He also decided that the first son of the Prince of Wales was called Alberto Vittorio (known in the family as Eddy) and he decided it even before he knew he was the child’s parents.

How come George and Charlotte?

Prince George Alexander Louis, eldest son of William and Kate, born in July 2013, was named in honor of his great-great-grandfather, King George VI, father of Queen Elizabeth.
Charlotte Elizabeth Diana, the name of William and Kate’s second child, born on May 2, 2015, is a masterpiece of diplomacy: Charlotte as William’s father, Prince Charles; Elizabeth as her grandmother, Queen Elizabeth. And Diana as Lady D.

And here are some of the most popular names that the future royal baby could have according to bookmakers.

Lia, 6, cannot go to school because her classmates are not vaccinated

The semi harvest, ideas for hairstyles

The semi harvest, ideas for hairstyles