How to choose the name of the child

Choosing the name of your child is a very important step, in the name there is destiny: one of the first responsibilities that a parent must take on. How to choose it? We offer you 15 tips.

The name of the child: how to choose it

“Nomen omen“the ancient Romans said, or in the name there is destiny. Nothing more true, because the name not only sanctions theidentity of a person who, like it or not, will carry him around for his entire life, but also tells about his character and how he relates to others and to the world.

For this reason, carefully choose the name for your baby it is one of the first responsibilities that a parent must take on. Because the name is the first gift you will give him, it will be the first word to which you will dedicate a thought in the morning and the last word you will pronounce the evening before falling asleep, you will pronounce it (and scream it) countless times in the course of your life with him. . Maybe even in the form of tender nicknames.

In short, choose the your child’s name with care and love because there are not many other things that stick to the person as much as one first name. 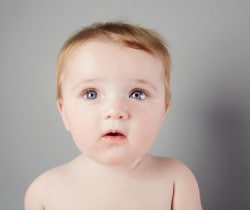 Female names 2019: the most beautiful to choose

Was your baby girl born in 2019? Here are, in our opinion, the coolest baby girl names of 2019. Frida is certainly among the most popular, thanks to the …

Listen to ours too podcast with advice for choosing the baby’s name.

1. What the law says

Here’s what the law says about it and some tips for couples still in doubt.
There Italian law offers some important information on choice of name: the source is articles 34 and 35 of decree no. 396/2000.

The law says that the name imposed on the child must correspond to the sex and can be composed of one or more onomastic elements, even separate ones, not exceeding three.

The law prohibits imposing on the child the same name as a living father, a living brother or sister, a surname as a first name, ridiculous or shameful names.

The law says that foreign names that are imposed on children with Italian citizenship must be expressed in letters of the Italian alphabet, with extensions to the letters: J, K, X, Y, W and, where possible, also with diacritics proper to the alphabet of the language of origin of the name.

The law is clear: ridiculous or shameful names are forbidden. Do you remember the case of the Genoese couple who wanted to call their baby Friday a few years ago? The Court of Cassation confirmed the decision of the Court and the Court of Appeal to change “ex officio”, against the wishes of the parents, the name chosen by the parents because it was judged “ridiculous”. The child is registered as Gregory, the saint of the day.

The official change of the name

The procedures for the official change of name the baby had started when the registrar refused to write Friday on the birth certificate. According to the judges of merit, Friday would be a name “with a ridiculous character and arousing irony and mockery, capable of causing serious harm to the person who wears it” due to the reference to the name of the companion in misfortune of ‘Robinson Crusoe’ (the novel by Daniel Defoe), “a human figure characterized by subjection and inferiority that would never reach the condition of a civilized man”.

Without success, the parents of the little boy had tried to insist on the legitimacy of the choice of the name Friday by pointing out that there were well-known characters, such as Francis Totti and Ilari Blasi, who named their daughter Chanel, or like Jaki Elkann and Lavinia Borromeo they called Ocean their second son.

What happens when faced with a name that according to the registry office is not acceptable?

According to the law, the registry can make a report to the Attorney of the Republic who, at its discretion, may decide, if it deems the name really unacceptable, to intervene with aapplication to the prefecture.

2. The most popular names in Italy

According to Istat data, i most popular names chosen for Italian babies are the timeless classics.

Francis is the most popular name for Italian boys. After all, the saint of Assisi is also the patron saint of Italy. The name derives from the Germanic, Latinized in Franciscus, and means coming from the land of the Franks. 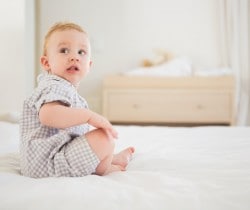 Male names 2019: the most beautiful

You want to discover the coolest male names for babies born in 2019. Among the most loved Leone and a classic like Andrea.

Placenta previa: marginal or complete, causes and risks for the baby

Dancing during pregnancy is possible

How to become a zero waste family

How to become a zero waste family

Children with special needs and coronavirus: live with the expert

How to choose the name of the child