Without money, his father improvises a cot in a wheelbarrow and says he had the idea a few days before the birth. 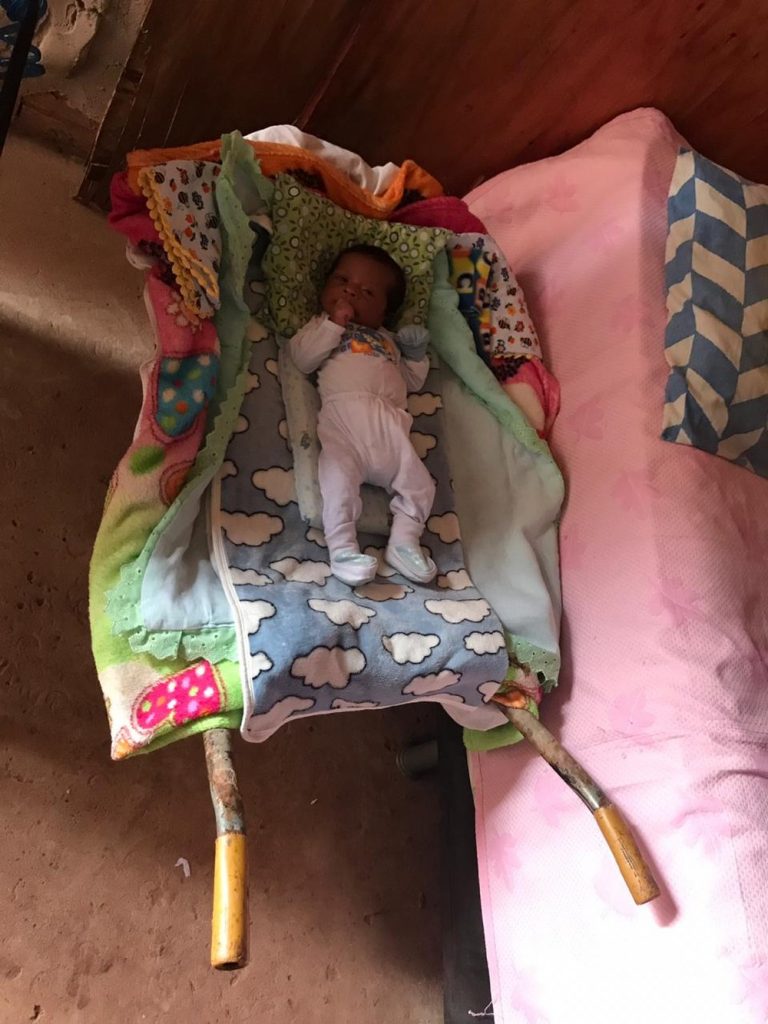 “We cleaned up, put the covers on and now he sleeps there. Before, we slept together and he would get up all the time, afraid of hurting him. During the day, I lend to the neighbors to walk here in the community. There are a lot of children here and it’s the only way to give them comfort”.

The story is by his father, a 27 year old bricklayer Weslley de Oliveira Torres, resident of the Bom Retiro community in Campo Grande. He gave up his profession temporarily to use his own wheelbarrow as a cradle. The idea occurred just before Luan’s birth, with only 19 days of life.

“My husband had the idea and I supported it, mainly because we couldn’t afford to buy the stuff for him. Our concern to sleep at least diminished a lot. And during the day, the neighbors use it for walks. For now, he doesn’t carry cement anymore and he’s working with recycling,” said Geice Nunes Ferreira, 16, the child’s mother.

Entrepreneur Leila Kemp, 54, commented that she has been doing community work in the region for 3 years and met the couple and the boy Luan. “I’ve always helped, but I’ve never gone in person. So, when the staff was evicted from the vicinity of the dump, I decided to make a visit to the community. Over time, I got to know everyone there. And recently some friends wanted to go with me and they were shocked to see the boy with the railing,” she said.