Cesarean delivery: After all, when do you need to choose a cesarean? See some risk situations in which a cesarean is recommended by obstetricians.

But first of all, let’s understand what it actually is Caesarean. See below!

What is a Caesarean?

First, cesarean or cesarean delivery is a way of delivering babies surgically, usually indicated when there is a risk of performing a normal delivery.

According to the World Health Organization (WHO) cesarean is an effective intervention to save the lives of mothers and babies when indicated for medical reasons. WHO considers normal a birth rate by caesarean between 10% and 15%.

Cesarean section is indicated in situations in which normal delivery would present a greater risk for the woman and the newborn, such as in the case of the baby’s wrong position, pregnant women who have heart problems and even an overweight baby.

However, a cesarean is still a surgery that has some associated complications, such as the risk of infections where the cut was made or bleeding and therefore it should only be performed when there are medical indications.

The decision for cesarean is made by the obstetrician, but it is also important to take into account the pregnant woman’s desire to have a normal birth or not.

Although normal delivery is the best way for the baby to be born, it is sometimes contraindicated, requiring a Cesarean and it is up to the doctor to make the final decision after checking the health status of the mother and baby.

Read more below about the cases where it is recommended!

Woman about to give birth, sitting on a bed in the hospital. Photo Credit: Freepik

Placenta previa happens when it is fixed in a place that prevents the baby from passing through the birth canal, and it is possible that the placenta comes out before the baby does.

On the other hand, placental detachment occurs and when it detaches from the uterus before the baby is born.

The indication for cesarean section for these situations is because the placenta is responsible for the arrival of oxygen and nutrients for the baby and when this is compromised, the baby is harmed by the lack of oxygen, which can lead to brain damage.

2. Babies with syndromes or illnesses

Babies who have been diagnosed with some type of syndrome or illness, such as hydrocephalus or omphalocele, which is when the baby’s liver or intestines are outside the body, should always be born by Caesarean section.

3. When the mother has STI’s

When the mother has a Sexually Transmitted Infection (STI) such as HPV or Genital Herpes, and which remains until the end of the pregnancy, the baby can be contaminated and that is why it is more suitable to use cesarean delivery.

However, if the woman undergoes STI treatment she specifies that she has it, and has the infection under control, she can try vaginal birth.

For women who have HIV, the ideal is that treatment is started before the beginning of pregnancy, because to prevent the baby from being contaminated during delivery, the mother should be using the recommended medications throughout the gestational period.

And yet, the doctor can opt for a cesarean. Remembering that, in this specific case, breastfeeding is contraindicated and the baby must be fed with a bottle and artificial milk.

4. When the umbilical cord comes out first

Another reason is that, during labor, the umbilical cord may come out before the baby.

In this situation, it turns out that the baby is at risk of running out of oxygen, since incomplete dilation will lock in the passage of oxygen to the cord that is outside the body.

In this case, know that a cesarean is the safest option. However, if the woman is fully dilated, she can wait for normal delivery.

Cesarean delivery: When is it best to do it?

If the baby remains in a position other than upside down, such as lying on its side or head up, and does not turn over until just before delivery, then ideally, a C-section is best. But why?

Because there is a greater risk for the woman and baby, as the contractions are not strong enough, making normal birth more complicated.

In addition, a cesarean may also be needed when the baby is upside down, but is positioned with the head turned slightly back with the chin more turned up.

This position increases the size of the baby’s head, making it difficult to pass through the mother’s hip bones.

In twin pregnancies, when the two babies are properly turned upside down, delivery can be normal.

However, when one of them has not turned over by the time of delivery, it may be more advisable to have a cesarean.

And when they are triplets or quadruplets, even if they’re upside down, it’s best to actually deliver with a caesarean.

When the baby is over 4.5 kg it can be very difficult to get through the birth canal as the baby’s head will be larger than the space in the mother’s hip bone. Therefore, in this case, it is better to use a cesarean.

However, if the mother does not have diabetes or gestational diabetes and does not have other aggravating conditions, the doctor can recommend normal delivery.

8. Other illnesses of the mother

When the mother has illnesses such as heart or lung problems, purpura or cancer, the doctor should assess the risks of childbirth and if it is mild, you can wait for normal labor.

But when the doctor comes to the conclusion that this could be life-threatening for the woman or baby, he or she may recommend a cesarean.

When the baby’s heart rate is weaker than ideal, there is evidence of fetal distress.

In this case, a cesarean section may be necessary, because with the heartbeats weaker than necessary, the baby may lack oxygen in the brain, which leads to brain damage, such as motor impairment, for example. 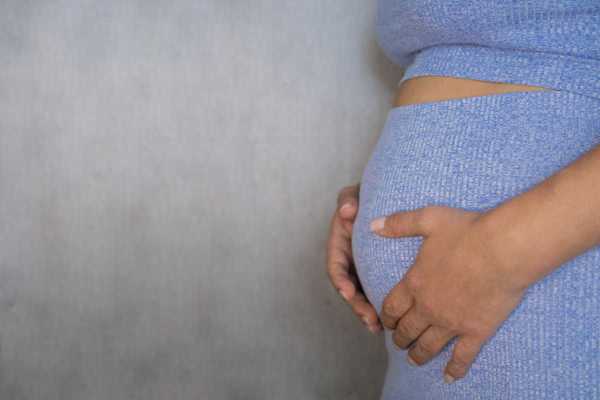 How is a Cesarean delivery performed?

Cesarean delivery can be done by appointment or without prior appointment, waiting for the mother to go into labor.

If there are no medical contraindications, you may want to wait until you go into labor before having a cesarean.

Thus, one can reap the benefits of labor like a faster milk letdown for breastfeeding, for example.

Generally, the anesthesia for cesarean is spinal, applied to the lumbar spine between the vertebrae and, usually, with the mother already inside the operating room.

Although a bit of a hassle, it tends to be a quick procedure. Spinal anesthesia blocks painful and motor sensitivity.

Thus, the patient does not feel pain during the procedure and is also unable to move from the waist down (a situation that can be a little awkward!).

Thus, after anesthesia, a urinary catheter is placed in the urethra to prevent urine retention.

Afterwards, a belly cleansing is performed and surgical drapes are placed around the area where the skin will be opened, to keep the procedure sterile.

The incision for a cesarean is usually about 12 cm long and the doctor will cut the skin and the layers of tissue below it (there are 5) all the way to the uterus, where the incision is made through which the baby will be removed.

After the baby leaves, the placenta is removed and a suture is made in each layer opened during surgery.

Typically, cesarean delivery is quick and all these steps take about 60 minutes.

By doing cesarean, can I receive my baby as soon as he is born?

Yes! Ideally, if mother and baby are doing well, the baby should be given to the mother for first contact and breastfeeding immediately, even in a caesarean delivery.

Talk to your delivery team about your wish! 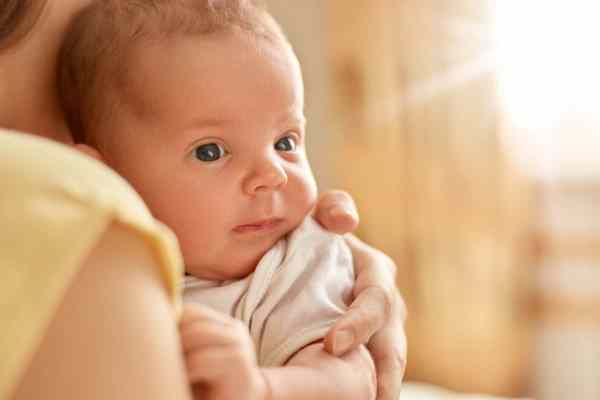 Childbirth can occur in two ways, which are normal birth which is considered the only natural way to give birth in which the baby is born through the birth canal and birth by caesarean section.

Normal birth has a faster recovery time, the mother’s risk of infection is lower, and the baby is also less likely to develop respiratory problems.

However, cesarean section may be the best option when there is a risk of complications for the woman or baby, such as gestational diabetes, or emergency situations, such as uterine rupture or placental infection, for example.

The choice of the type of delivery must always be guided by the obstetrician, evaluating the health of the mother and baby, in addition to the risks of each type of procedure.

In conclusion, cesarean delivery has been much sought after in recent years, as it preserves the well-being of mother and baby, solving several risk situations as we saw above.

We know that the techniques used were improving and making the cesarean section a very safe procedure, there was the introduction of hemotherapy, antibiotics and new anesthesia techniques.

However, it is necessary to be careful not to be done unnecessarily. Talk to your obstetrician to find out if this is the case. If there is no risk, opt for normal delivery!