what to do when women develop these diseases in pregnancy?

Pregnancy is synonymous with health. But in some cases, problems can occur that put the well-being of the pregnant woman and her baby at risk. If there is no professional follow-up, some pregnancy diseases can lead to fetal and maternal death, being quite serious. 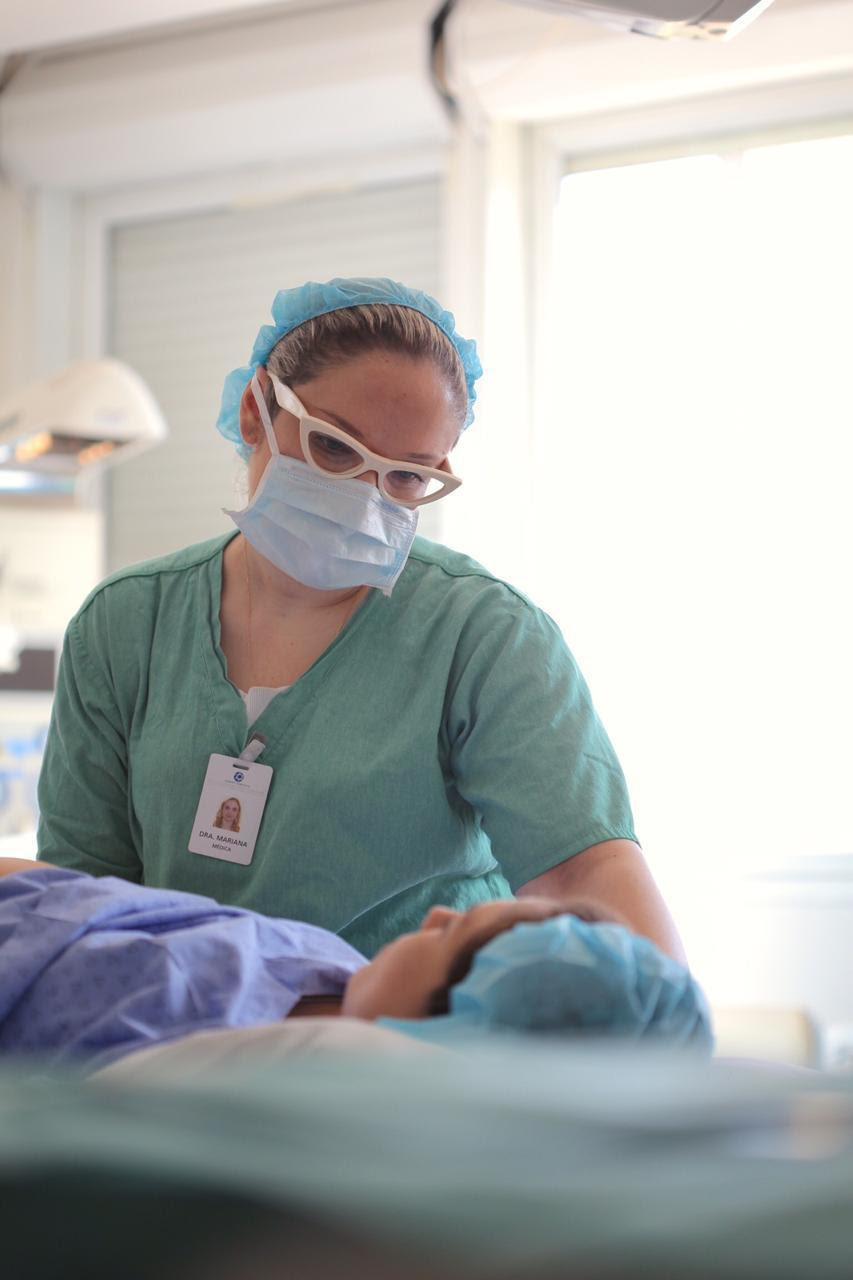 Also read: Learn about the benefits of dancing during pregnancy

For Dr. Mariana Rosario, a well done prenatal is fundamental for the prevention and control of diseases, but it is not enough for them not to appear. “There are women with a predisposition to hypertension, others already get pregnant with overweight and obesity; there are those who go through the older gestation and the situations present themselves during pregnancy.

The important thing is to have a prepared and reliable doctor who can support the patient in her needs”, says the gynecologist, obstetrician and mastologist, who is a member of the Obstetrics and Gynecology Association of the State of São Paulo (Sogesp) and the clinical staff of the Albert Einstein Hospital and researcher of the ABC Medical School.

She explains that many patients are scared when there is a problem in pregnancy, but the medicine is well advanced so that the treatments are very efficient and, at the end of the gestational period, mother and child are well. Dr. Mariana Rosario listed the main events that can cause gestational problems:

Rubella, syphilis, toxoplasmosis and cytomegalovirus – are diseases caused by viruses that can be acquired by the mother, by human contact and even animal – toxoplasmosis is transmitted by cats, for example – and that cause problems because it transmits them to the baby. Rubella has as a symptom the skin rash, which are red plaques on the skin, but can also cause deafness and visual problems in the baby, so the mother must be vaccinated before pregnancy. Syphilis can be treated with antibiotics. Thus, if the disease, which causes neurological problems to the baby, is passed, it is possible to treat the disease. Toxoplasmosis and cytomegalovirus have no vaccine and present as a mild fever, resembling a cold: it is necessary to be aware of contact with animals and very closed environments. Both can cause uterine growth retardation and neurological problems.

Hypertension, pre-eclampsia and eclampsia – Systemic hypertension (SAH), or high blood pressure, in pregnancy is a risk factor for pre-eclampsia, a risk picture for the health of mother and baby. A woman is considered to be in pre-eclampsia when she has, in addition to SAH, proteinuria, which is the high protein in urine. Pre-eclampsia consists, in a simplified way, of decreasing the caliber of the blood vessels – and that is precisely what causes this increased pressure. This is characteristic of the 24th to 28th week of pregnancy, so you need to keep an eye on that period of pregnancy. It is more common in the first pregnancy or in the pregnancy of a different partner from the previous one because the cause may be a genetic incompatibility.

Eclampsia is the apex of the problem, when seizure occurs at the end of pregnancy. It is a serious problem which can lead to death for both mother and baby.

Pre-eclampsia is treated antenatally, with antihypertensive and lifestyle changes, diet and exercise, and strict control of the baby’s development, because this condition can affect his growth and anticipate delivery. Treatment prevents eclampsia, making delivery safe and avoiding Hellp Syndrome, a serious obstetric complication of pre-eclampsia.

Gestational diabetes – Gestational diabetes is a change in the metabolism of insulin, an anabolic hormone that, in a very simplified way, is related to the formation of the baby. Therefore, it is very high at the beginning of pregnancy. By the 24th to the 28th week, this hormone has a sudden drop. If the mother’s pancreas does not function properly, either through malfunctioning, genetic predisposition to diabetes, or through poor nutrition or inadequate weight gain in her own pregnancy or before pregnancy, she may develop gestational diabetes.

Gestational diabetes delays the baby’s lung maturation. Since the lung is one of the last organs to form in the fetus, care must be taken to anticipate delivery, since children of mothers with gestational diabetes tend to have late-formed lungs. Moreover, as the baby is exposed to large amounts of glucose in the maternal uterus, it has a higher risk of developing obesity and diabetes in the future, besides being born large (the so-called fetal macrosomia), also presenting neonatal hopoglycemia and difficulties in childbirth.

Bleeding – Bleeding in the first trimester may indicate ectopic pregnancy – that which occurs outside the uterus and needs to be terminated, because of the mother’s risk of life. Or it is a sign of abortion, requiring medical intervention, rest and special care. All the minimum signs of bleeding need to be evaluated by the obstetrician, by means of ultrasonography, for an accurate diagnosis. In the last trimester, bleeding may indicate a low insertion placenta (also known as placenta previa), which increases the risk of bleeding. It is also a picture that inspires care and rest, with indication of immediate medical follow-up. Falls, trauma, stress, drug use (especially cocaine) or hypertension can cause placental detachment and require emergency delivery because the baby stops receiving blood and oxygen supply: immediate care and attention is needed!

Problems with the thyroid – Patients who have had thyroid problems before becoming pregnant may have changes in their pregnancy, as the period may aggravate the problem. Even those who have not presented any gland related issues can have it in pregnancy, because it is a time when the body demands increased secretion of hormone, so a stricter control is necessary, especially in the first and third trimesters. If there is any dysfunction, it is necessary to perform the treatment or follow-up, at the discretion of the endocrinologist. Hyperthyroidism can induce premature birth, being the most common problem related to pregnancy. The presence of nodules is accompanied during pregnancy, and there is almost no removal of them during the period. After the birth, the follow-up should continue, since there may be the need for surgical intervention.

Dr. Mariana Rosario has a degree in Longevity from ABMAE – Brazilian Association of Anti-Aging Medicine. She is adept at less invasive treatments that privilege the concept of Longevity, whenever possible.

Graduated from the Faculdade de Medicina do ABC, in Santo André (SP), in 2006, Dr. Mariana Rosario holds the titles of specialist in Gynecology, Obstetrics and Mastology from AMB – Brazilian Medical Association, and internship in Mastology from IEO – European Institute of Oncology, Milan, Italy, one of the most renowned in the world. He is a member of the Brazilian Society of Mastology (SBM) and of the Association of Obstetrics and Gynecology of the State of São Paulo (SOGESP) and a specialist in Longevity by ABMAE – Brazilian Association of Anti-aging Medicine. She is a registered doctor to work with hormonal implants by ELMECO, from Professor Elcimar Coutinho, one of the greatest specialists on the subject.

He has extensive experience in Gynecology, Obstetrics and Mastology, both in Clinical Medicine and Oncoplastic Surgery. She conducts courses and workshops on Women’s Health, as well as volunteer work in the preparation of pregnant women, guidance for adolescents and prevention of STDs. She has participated in numerous works related to women’s health in the most varied phases of life and actively works in programs aimed at scientific improvement. It is updated through participation in courses, seminars and national and international congresses and produces scientific content for academic productions. She is a registered doctor to work with hormonal implants by ELMECO, from Professor Elcimar Coutinho, one of the greatest specialists in the subject.

7 Most common mistakes when drying hair at home

7 Most common mistakes when drying hair at home