what it is and what physical changes after childbirth

Puerperium is the postpartum period from the birth of the baby until the return of menstruation after pregnancy. It can last 45 days, depending on how it is done from breastfeeding.

The puerperium is also known as the period of guarding or quarantine, since it lasts about 40 days.

The woman’s body changes and adapts to pregnancy during the 40 weeks. This is essential in the development of the fetus as it is the preparation for the breastfeeding period when the baby is born. After the birth, all the organs need to recover their condition and return to their place.

Know the symptoms of high blood pressure in pregnancy

Maternity Leave: Everything you need to know about the subject

Motherhood causes emotional and psychological changes, taking some time for the mother to fully recover from pregnancy and childbirth. 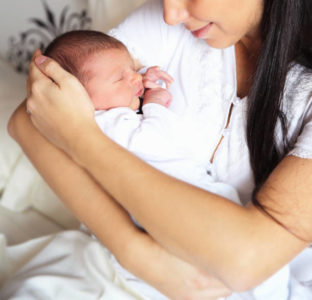 Physical changes during the puerperium

The puerperium is a time when a woman faces physical changes after childbirth, along with the emotional changes and fatigue of the first few weeks when attention to her baby is constant and there is little time to sleep.

Click here and discover the Changes in the body during pregnancy.

In this period, a series of changes occur, such as:

Vaginal bleeding similar to menstruation will occur 6 weeks after delivery. During the first days, the bleeding will be more abundant and red, but as the days pass, it will decrease.

Discomfort due to episiotomy

During the first two weeks, you will feel uncomfortable if an incision has been made to facilitate delivery. The stitches of the episiotomy will either fall off on their own or be absorbed, but you will have to take careful hygiene to avoid infection.

Contractions of the uterus to return to its size. They occur during the first days after delivery. They can be irritating and in breastfeeding women the pain is more intense because sucking on the child stimulates the contractions.

Especially in first-time mothers, who need to learn how to breastfeed. Sometimes the discomfort caused by poor posture, pain from cracks or even if mastitis occurs, can lead to early abandonment of breastfeeding. However, good information will help to facilitate and breastfeed.

15 Tattoos to honor your children and inspire you

Is your period late? Stay tuned as you may be over-training

Is your period late? Stay tuned as you may be over-training