What are the main challenges and risks of pregnancy after age 40? Learn more about this topic in today’s article!

This information is very relevant as it helps to improve pregnancy planning as well as avoid potential problems and complications through care.

First, let’s go to the data. In 2016, the conception rate among women aged 40 and over increased by 2% from the previous year and more than doubled from the past 25 years.

The trend is exactly the same in the United States, where in 2017 the birth rate was the lowest in 30 years, but it still grew among women over 40, who are having more children than ever – a reflection of our current society, in which women are now present in the labor market and the profile is no longer the same as our grandmothers, for example.

In Brazil, women who had children when they were over 40 still represent a small percentage: only 2.9% of the total, according to 2017 data from IBGE.

In other words, almost half of Brazilian women have children when they are between 20 and 29 years old.

However, even if the rate of women getting pregnant after the age of 40 is only increasing, it becomes more difficult to get pregnant. Understand this better! 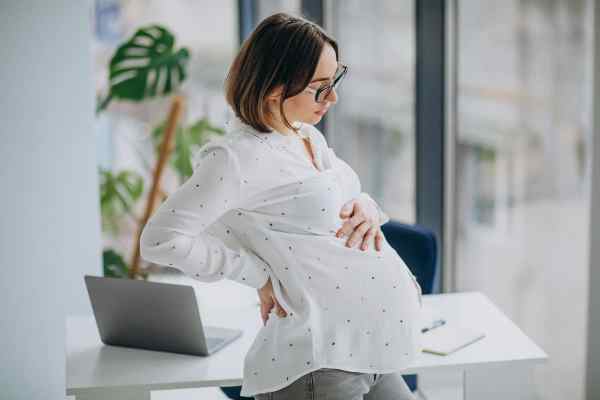 Why is it harder to get pregnant after age 40?

In today’s society, women experience rejuvenation in general: even if their physical appearance is compatible with years or decades before their biological age, unfortunately the reproductive function of the ovaries does not accompany this rejuvenation.

Yes, as the years go by, it gets harder and harder to get pregnant. Therefore, this can be a big challenge, especially after 40 years of age!

But why is getting pregnant after age 40 more difficult? See what are the main reasons that interfere biologically in a very late pregnancy. Check it out below!

The main risks of pregnancy after 40 years

Knowing in advance the risks of pregnancy after the age of 40 is essential so that a woman can make a pregnancy planning with the doctor who is accompanying her and understand what care is needed in this type of pregnancy.

Delayed pregnancy is increasingly common in society and pregnancy after the age of 40, we already know. And how does this process of getting pregnant happen?

It usually occurs by means of assisted reproduction, since the chances of getting pregnant at that age are 50% in one year and, at 43 years old, only 1%.

Thus, when a patient at this age seeks help from a specialist in human reproduction, it is common for them to be informed about the risks of pregnancy after 40 years of age, but also how she can be successful with some care.

What are the risks of pregnancy after age 40?

A pregnancy requires a great effort from the woman’s body, so that after the age of 40, when vitality begins to decline and health problems become more common, changes can occur that impair gestational development.

Below are some of the main risks of pregnancy after 40 years and how to minimize and prevent these problems:

It is a common condition related to high blood sugar levels and is diagnosed through a blood glucose test.

In addition to monitoring blood glucose, care includes a healthy diet, exercise and, in some cases, medication;

Hypertensive disease of pregnancy (or pre-eclampsia):

High blood pressure during pregnancy is more common in pregnancies after age 40 and should be closely monitored by medical staff because of the increased risks of eclampsia and other complications.

In general, it develops after the 20th week of pregnancy and must be controlled by medication, lifestyle changes and a balanced diet.

After the age of 40, patients are more likely to have a miscarriage, with up to 25% of pregnancies at an advanced maternal age resulting in miscarriage.

Factors such as pre-eclampsia, but not only, make preterm birth more common in cases of pregnancy after 40 years of age.

It is estimated that up to 15% of pregnancies at an advanced age can result in prematurity due to complications such as diabetes and hypertension.

A condition in which labor does not progress at the expected speed, putting the mother and baby at risk.

For this reason, there is an increased chance of having a cesarean in cases of late pregnancy.

The biggest challenges related to childbirth can lead to postpartum hemorrhage, in which the patient experiences vaginal bleeding that does not stop.

Treatment may include medications and uterine massage, which may lead to the need for blood transfusion and hysterectomy (removal of the uterus) in rarer cases.

In the case of babies, the risks of pregnancy after 40 years they mainly refer to numerical or structural chromosomal alterations that result, for example, in Down syndrome.

Nowadays, many women have preferred to postpone motherhood for a more financially or professionally stable time in their lives.

This choice was made possible by the significant achievements in terms of gender equality over the past few decades.

Let’s continue to understand what the challenges of a late pregnancy are! 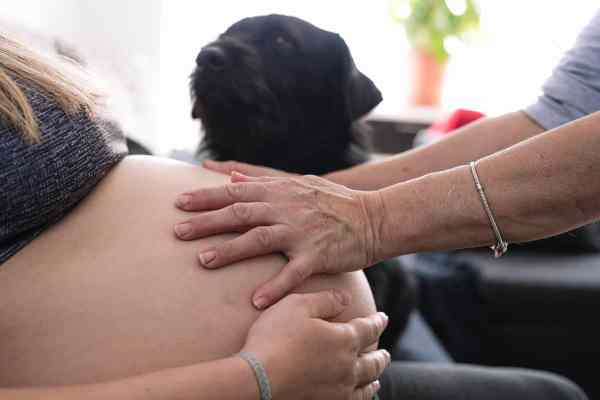 Pregnant woman. Another woman puts her hands on her stomach. A black dog looks at the woman. Photo Credit: Freepik

The main challenges of pregnancy after 40 years

Unlike men, women are born with all their germ cells formed, which will be housed in the ovaries throughout life.

Monthly, the body prepares itself for a possible pregnancy, releasing one of these gametes so that fertilization can take place.

Thus, we conclude that a woman will be fertile from her first menstruation until the onset of menopause, which occurs around 50 years of age.

However, female fertility still depends on the quality of her germ cells, as well as the normal hormonal functions of her body.

The female reproductive potential is directly related to the woman’s age: the higher the age, the lower the quantity and quality of eggs.

The egg is the female cell that, after fertilization by sperm, can generate embryos. From a practical point of view, ovarian function can be assessed by measuring hormonal tests and counting the follicles (ovarian structures that contain the egg) on ​​transvaginal ultrasound.

Among hormonal dosages, the evaluation of anti-Mullerian hormone (AMH) and follicle stimulating hormone (FSH) are the most used to assess reproductive potential (ovarian reserve).

Although the dosage of AMH is more specific, there is great heterogeneity in the technique used in this dosage, and there is still a lack of scientific data defining the normal values ​​for this hormone.

On the other hand, counting of antral follicles (those that are visible on ultrasound) are widely used in clinical practice as they are non-invasive.

However, science presents controversies regarding the ideal quantity by age group, as this assessment varies according to the ultrasound device and also depends on the experience of the person performing the exam.

Generally speaking, ovarian reserve is considered diminished when the follicle count is less than 5-7 follicles.

However, the definition of low ovarian reserve should be different according to the woman’s age as the ideal amount of follicles can vary according to ethnicity and tends to be smaller the older the woman is: < 35 years, a optimal follicle count ranges from 8-20; at age 40 the number ranges from 1 to 8; and at 44 years, the range is from 1 to 6 follicles.

It is worth remembering that reduced ovarian reserve in women without a diagnosis of infertility does not necessarily mean that it will be difficult to become pregnant and, therefore, this assessment should not be routinely performed in fertile women.

In addition, we can also mention the decrease in women’s hormonal function with advancing age.

The body’s endocrine system is responsible for coordinating the entire body metabolism, which is no different with regard to the processes that involve the beginning and maintenance of pregnancy.

Thus, the natural deficit of hormonal mechanisms throughout life can directly influence a woman’s fertility.

Although it is biologically possible, a pregnancy that occurs after the age of 40 of the mother is automatically considered a risky situation.

Thus, there is the possibility of developing some undesirable situations for the mother during the pregnancy period.

It is possible that a late pregnancy can intensify the consequences of some preexisting health conditions of the pregnant woman.

We can cite obesity, high blood pressure, smoking, diabetes and diseases that affect the thyroid as examples.

Although such conditions already pose risks in normal situations, it is possible that their complications are aggravating during a late pregnancy.

As a result, the chances that a miscarriage will occur become extremely high. It is worth remembering that the occurrence of an abortion poses risks to the health of the pregnant woman, in addition to representing a major psychological trauma in relation to the loss of a child.