Imagine the situation: at the time of the trial, one of the parties claims not to have the economic conditions to increase, or even pay, the alimony. On the social networks, this same person posts photos that contradict what he said in front of the judge: walks in expensive places, trips abroad, state-of-the-art cell phones? 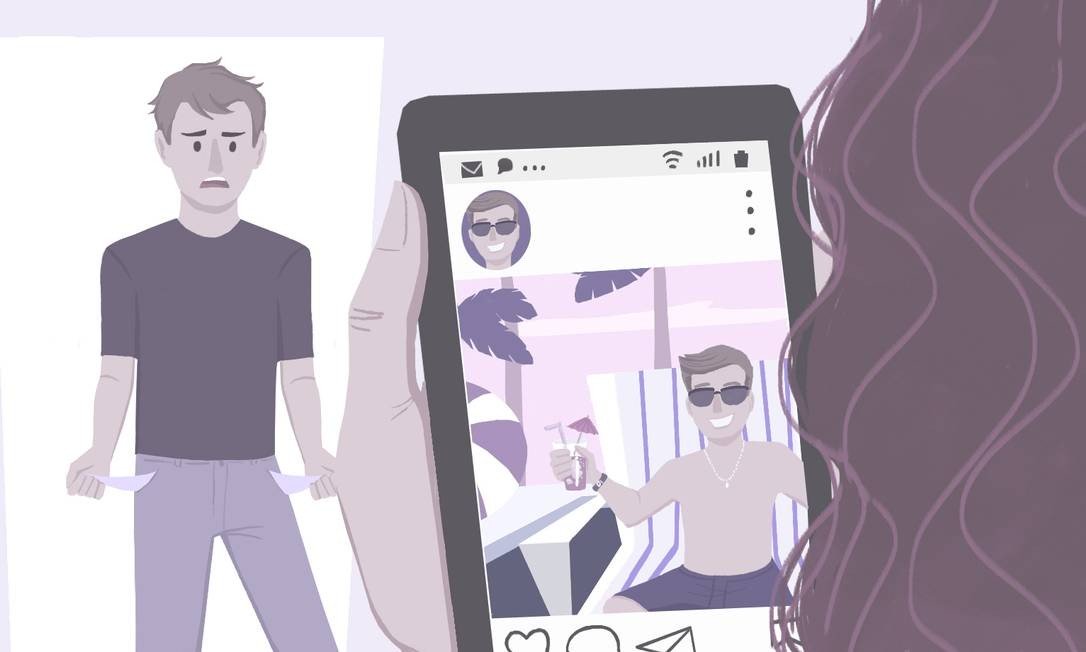 If you have not been through this, you may know someone who has experienced this. For know that it is possible to use the lifestyle “ostentation” of the ex-partner, or the ex-partner, as evidence also in the Justice, especially in cases of pension.

According to the law, the value of the alimony must be established according to the need of who receives it and the possibilities of who pays it. But in cases where there is doubt about the real conditions of who should pay or whether the claimant actually does justice to the pension, the social network posts of those involved can be an important element of conviction of the judge.

“Social networks have become an important tool, as people use them in their daily lives naturally, it is already part of the routine. And those who boast naturally put their images there, as I did,” says G, 32, who, as he says, has suffered the situation.

Until 2018, his ex-husband refused to increase his daughter’s alimony, claiming he could not afford it because he was freelance. “But on social networks he used to put photos on frequent trips abroad, besides changing cars every year for ever more expensive models,” G says.

“It was a situation where I was already bearing most of my daughter’s expenses, because she lived with me, so the bills, the daily routine, everything fell into my lap. He was obviously paying less than he could, so we set justice in motion. Since he didn’t have a steady job, proving that he was getting more than he was saying was a problem, but we managed. We put together photos, dialogues, not just the posts on the networks, although I think his ostentation was fundamental”, he says.

Now, also thanks to a break in financial secrecy, the father pays almost triple the previous amount. Situations like G’s are very frequent: the main reason that takes former couples to court is the issue of alimony. In cases like the carioca, where the father has no fixed job, delimiting the value of this resource is a challenge. In general, judges have as modus operandi fixing between 10% and 30% of earnings, but in cases of no fixed employment, determining a figure becomes a challenge. Which, in many cases, can fail.

According to the lawyer Eleonora Mattos, from the law firm Silvia Felipe and Eleonora Mattos Advogadas, social networks have been used as evidence in lawsuits more and more frequently. “Usually the purpose is to highlight the contradiction between the allegation of financial difficulties made by one party and, on the other, the standard of living displayed by the person himself in his social networks.

According to the expert, it is possible to use the publications to put in check any allegation in judgment that is not true. “We’ve already done it in several situations, such as when a former wife claimed her son’s pension increase for allegedly not working for medical reasons, but published photos from several work meetings during the same period and when a party requested free justice, despite having recently published photos driving her imported car and strolling on her boat – both registered in the name of a third party,” she concludes.

About Silvia Felipe and Eleonora Mattos Attorneys at Law

Working together since 2007, lawyers Silvia Felipe and Eleonora Mattos have a firm profile, responsible and sensitive to social and affective issues related to Family and Succession Law, an area of their exclusive professional activities in an office that bears their names.

Prayer to your baby’s Guardian Angel: Protect your little one