Shettles method of conceiving a boy or girl

The Shettles method is a much debated theory, it was revived in 2006 in a book titled “How to choose the sex of your baby” to which we refer for the complete explanation.

The fundamental elements of the Shettles method

According to Shettles, the method, if applied correctly, allows you to have between 80 and 90% probability of being able to conceive a boy and between 75% and 80% of having a girl.

The lower percentage for females is due to the fact that if you want a pink bow it is much more complicated to schedule the timing of intercourse.

These data found them in his book: 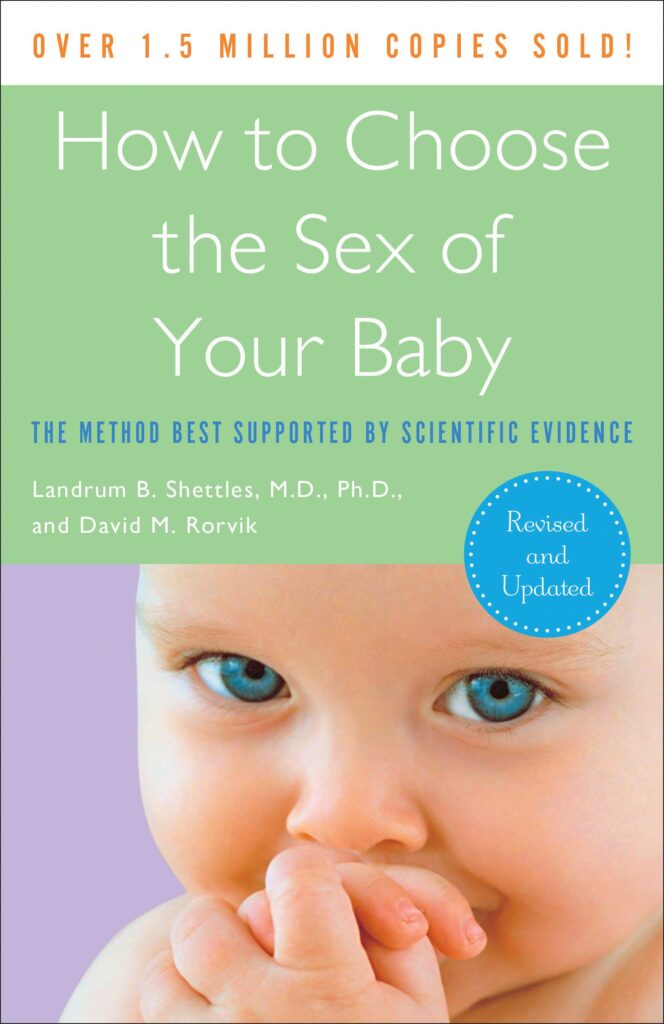 Book How to Choose the Sex of Your Baby: Fully revised and updated Paperback → Buy it on Amazon

We know that it is the sperm that determine the sex of the baby.

From this basic observation, Shettles deduces that:

For those who have the very regular cycle and knows the luteal phase you can calculate “mathematically” when ovulation occurs and you can try computers (it remains a method based on statistics):

As always it must be said that they are calculations based on statistical observations made on many women with different characteristics and therefore could be completely misleading applied to a specific person.

How to put the method by Shettles?

To use this method you must know your menstrual cycle very well and knowing how to recognize the types of cervical mucus to identify exactly the days around ovulation. You can also help yourself with ovulation stick tests.

If you have not yet understood your cervical mucus it is necessary to observe it well for a month by writing everything on a graph of the basal temperature (even without taking the temperature), abstaining from relationships (or at most using condoms) in order not to mask the cervical mucus with sperm, which could greatly alter the observation.

To have a boy

You have to have relationships in the day of the peak of cervical mucus and the next day.

So you can have intercourse if you do it in the first period of your menstrual cycle when you still feel dry. When you begin to observe the fluid cervical mucus you will have to refrain from intercourse to minimize the risk of having a girl.

On the day of ovulation, mucus is often already absent or thick.

For this reason it is important to be familiar with several months of cervical mucus observation, because this way you know how many days of fertile mucus you have and can schedule intercourse on the last day of mucus.

A woman can see the LH surge more often if she takes a test between 11am and 3pm, and should repeat the test after 5pm.

Women who have very long and irregular cycles should start ovulation tests as soon as the cervical mucus begins to thin.

To have a baby girl

You will need to have intercourse a few days before the peak but not in the last two days before it.

As you can understand, it is much more complicated to plan relationships to have a girl.

You should have intercourse far enough from ovulation but such that you can allow mostly sperm X to survive. As in the case of the search for a boy, the better you know cervical mucus the easier it will be to put the method into practice.

You can start by trying to have intercourse only 4 days before the peak. However, if on this day the mucus is thicker than wet then try the third day before the peak as well. If that doesn’t work and you can’t get pregnant in subsequent cycles, try 2 days earlier.

This will increase the chances of conception but also the chance of having a boy.

After having intercourse between 4 and 2 days before the peak, you no longer have to have unprotected intercourse until your fertile period ends.

Ovulation tests are not very reliable if you are looking for a girl.

If you want you can try those with dual hormone indicators and have intercourse on the first day of a flashing face (which indicates the increase in estrogen that precedes the LH surge).

If this doesn’t work you can then try to have intercourse in the following days with a flashing face but never from the moment the face becomes fixed. 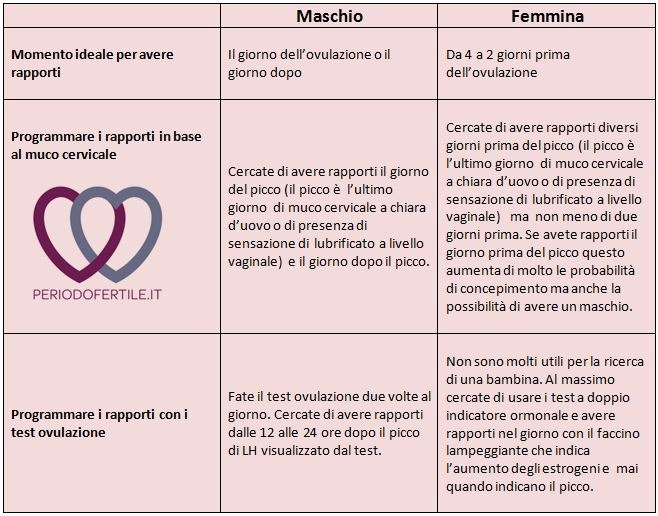 Does the Shettles method really work?

After having explained everything that is the basis of the method, obviously the question that remains is: does it work?

Can the birth of a boy or a girl really be favored in this way?

Some people may tell you that it worked for them, but was it a coincidence or is there really any scientific support for the theory?

As we previously mentioned, Shettles Shettles’ book claims an overall success rate of 75%. However, not all researchers agree that things are so well defined and pro-theory.

Indeed, a 1991 review of the studies refutes the theory in question. In these studies, the researchers also took into consideration the timing of intercourse, as well as markers of ovulation, such as increased basal body temperature and spike in cervical mucus.

Studies concluded that fewer male babies were conceived during peak ovulation. On the other hand, male babies tended to be conceived in a greater percentage 3-4 days before and in some cases 2-3 days after ovulation. In short, everything is the opposite of everything.

A more recent study from 2001, refutes the idea that sperms X and Y have a different shape, which goes directly against Shettles’ theory.

Opinions are very conflicting. The one thing we know with extreme certainty is that the only way it guarantees to select the baby’s sex is through Preimplantation Genetic Diagnosis (PGT), a test that is increasingly being performed as part of in vitro fertilization cycles. Gender selection is (rightly) prohibited in Italy.

Fortunately, nature does not let us force things easily and, if we feel the desire to become a mother and father, we should simply think about having a child, not a son or daughter.

Furthermore these methods can decrease the chances of conception and therefore lengthen the time in the search for a pregnancy.

Furthermore, considering that children tend to be born later and later in a woman’s life, there is a risk of going “too far” in time when fertility becomes reduced and conception becomes complicated.

Divorces in Brazil may increase during coronavirus pandemic