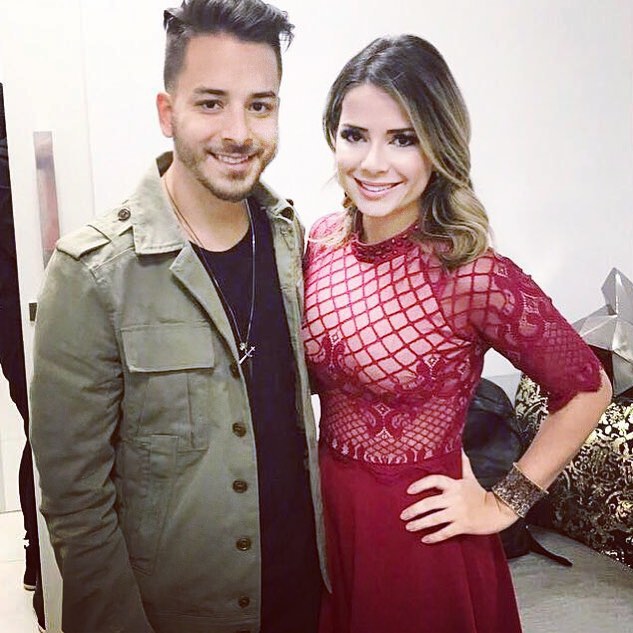 Being famous is hard enough, imagine being a cover. There is a huge universe of people who love their idols and seek perfection in similarity to become an official cover. That is the case of Natiare Azevedo, the official cover of the singer Sandy.

Since kindergarten in Monte Alto, São Paulo, Natiare was already similar to the singer and the residents of the city called her Sandy in the streets.

Ten years ago she decided to become the official cover. “I started with the characterization of Sandy, copying the makeup, the style of clothes, the color of hair, finally, it was not difficult, because I always had a more romantic and elegant style when dressing that looks a lot like hers,” says the cover.

The tone of voice and appearance are very close to that of the singer, but to achieve this near perfection she also resorted to the process of facial harmonization. Dental surgeon Willian Ortega, a specialist in the subject, conducted a study so that the procedure would achieve the expected result.

The first step was the application of Botox on the forehead, on the popularly called crow’s feet and on the corner of the eyebrow, to lift it, and also on the masseter, jaw muscle, which according to Ortega, “leaves the face thinner, with a thinner appearance”.

“The next step is to lift the cheekbone and adjust some more details so that the harmonization is perfect,” says Ortega.

The nose, which has been in surgery for years, will also undergo a rhinoplasty. “During the surgery I was very afraid of something going wrong, so I asked the doctor not to touch the harmony of my face,” explains Natiare. According to Dr. Ortega, what will be done on the nose is not invasive and will make her much more like Sandy.

Natiare is working on her voice to get the most similar timbre. “I identify a lot with Sandy, we have similar tastes, but this is not a prison, I do what I like and what has to do with me, she for example has tattoos and I do not have,” says the cover. “I can’t be 24 hours like Sandy, my identity hasn’t changed, even though I look like her,” she concludes.

Currently, with the duo’s tour through Brazil, the official cover has done many birthday parties, ballads and TV shows.

Specialist teaches how to keep cuticles hydrated in winter

Specialist teaches how to keep cuticles hydrated in winter