5 tips to decorate the house safely

See what the signs say about pregnant women

How to wash the crib layette?

Fine semi-jewels for babies and children in Grão de Gente!

People! ♥ The weekend was very emotional for the future dads Sabrina Sato and Duda Nagle. They gathered family and friends over a beautiful baby shower on Saturday, October 20, at Espaço Vila Primavera, in São Paulo.

Sabrina, who is due to give birth in December, also took the day to reveal the little girl’s name on her program. But, before knowing what was the couple’s choice, let’s check out more details of this great party that also brought together many celebrities. 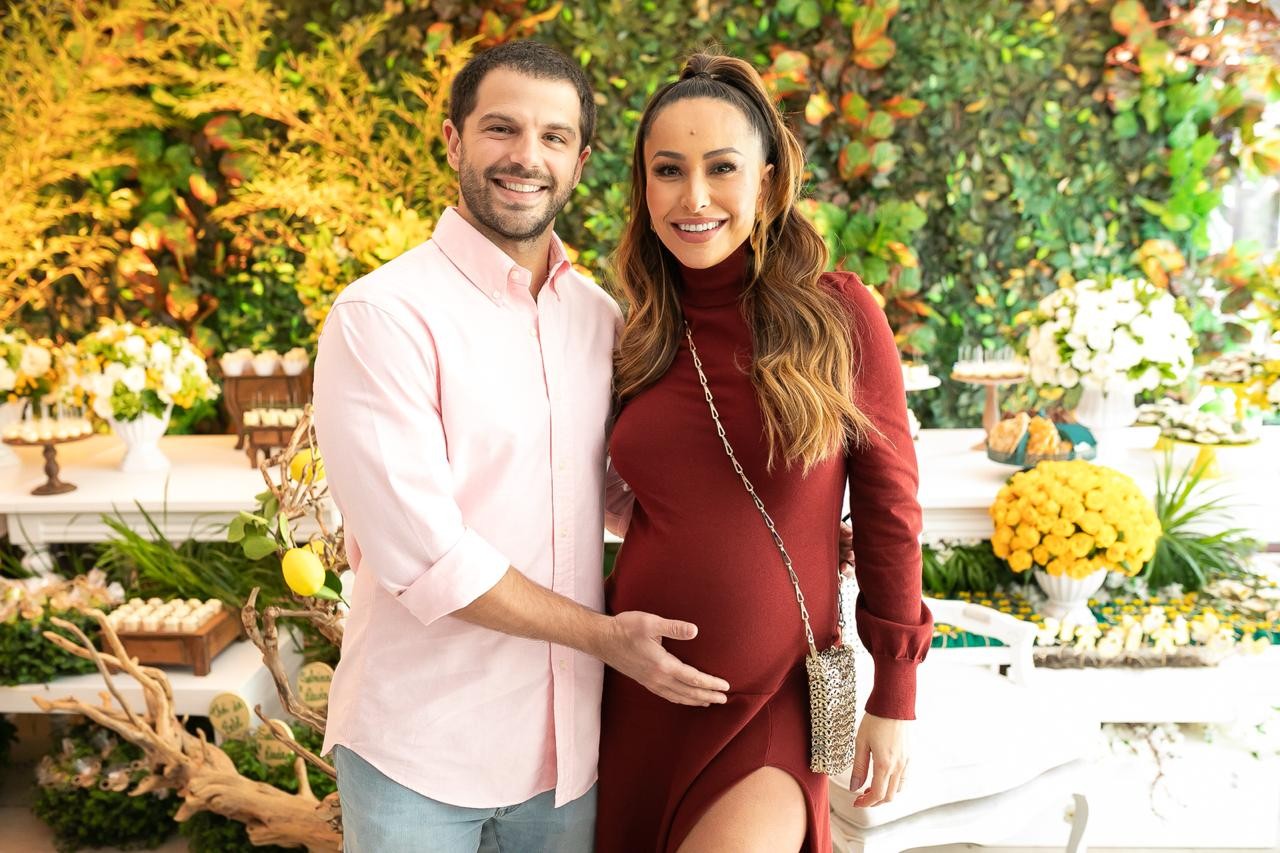 The baby shower of Sabrina Sato and Duda Nagle delighted the guests with an elegant and unusual theme. Instead of clouds, princesses or unicorns – elements that are a trend in this type of celebration – the famous mom chose the theme Tuscany, region of Italy.

With many Sicilian flowers and lemons – which were the highlight of the setting, the decor mixed yellow and green tones in the main color palette, with a white base and the warm touch of wood.

With great balance, the main table was stunning. The five-story cake, in white and yellow, featured a bunch of lemons on top and a white baby’s boot on the bottom. Imposing flower pots complement the table, full of personalized sweets. 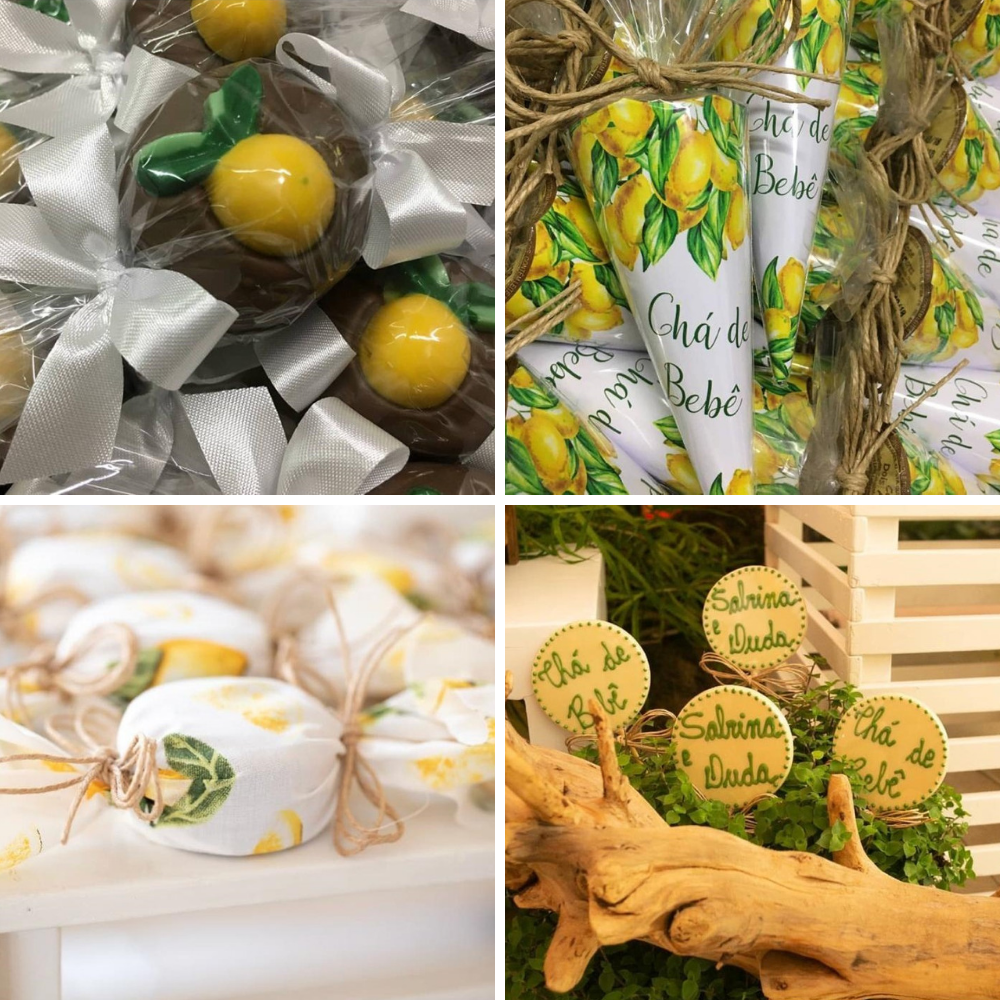 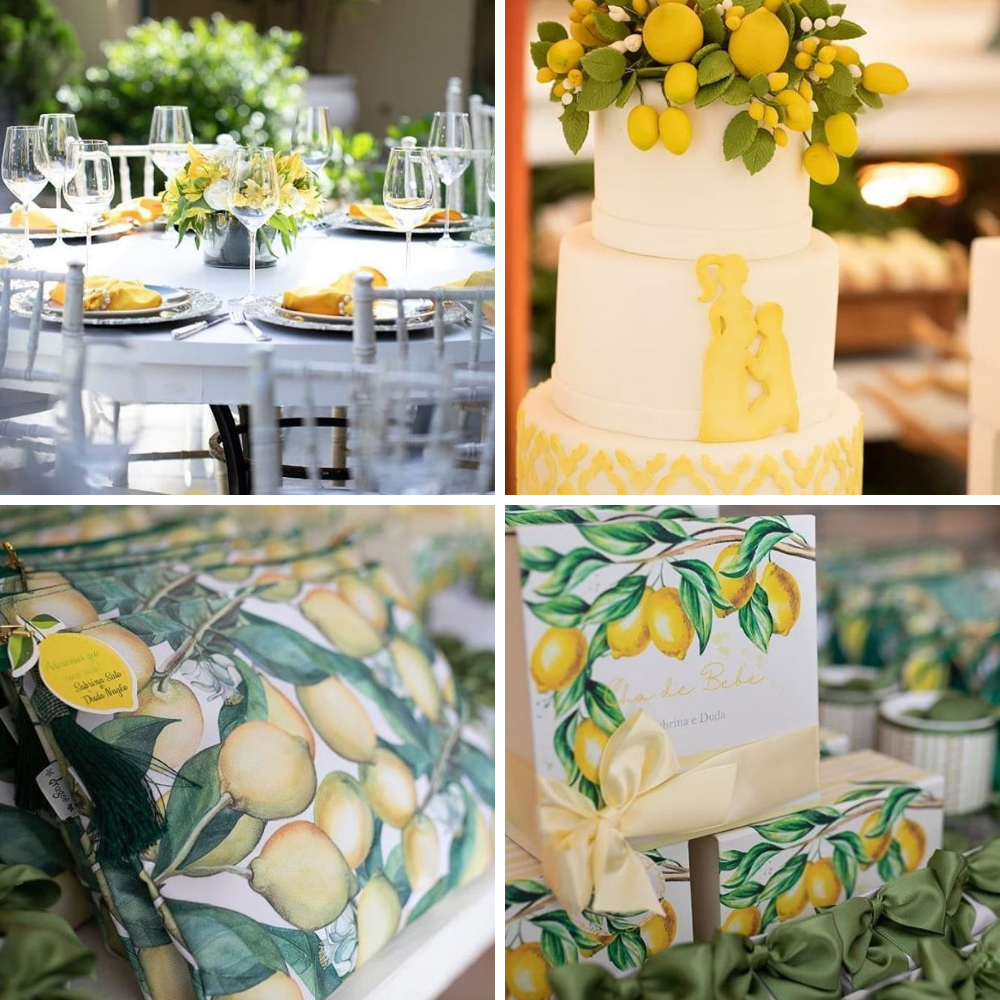 The flowers put on a show at Sabrina and Duda’s baby shower! Many roses, lilies, dandelions, white curcuma, pinocchio and Sicilian lemon topiaries perfumed the environment. 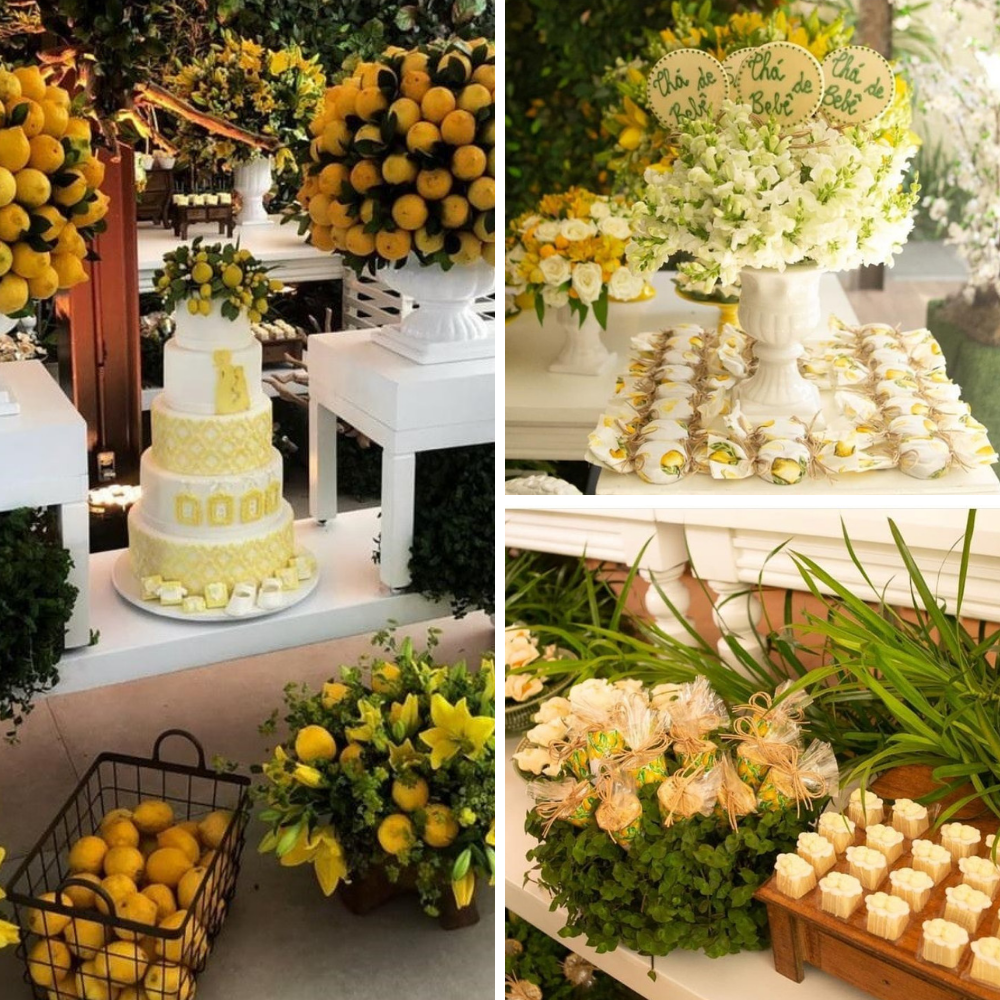 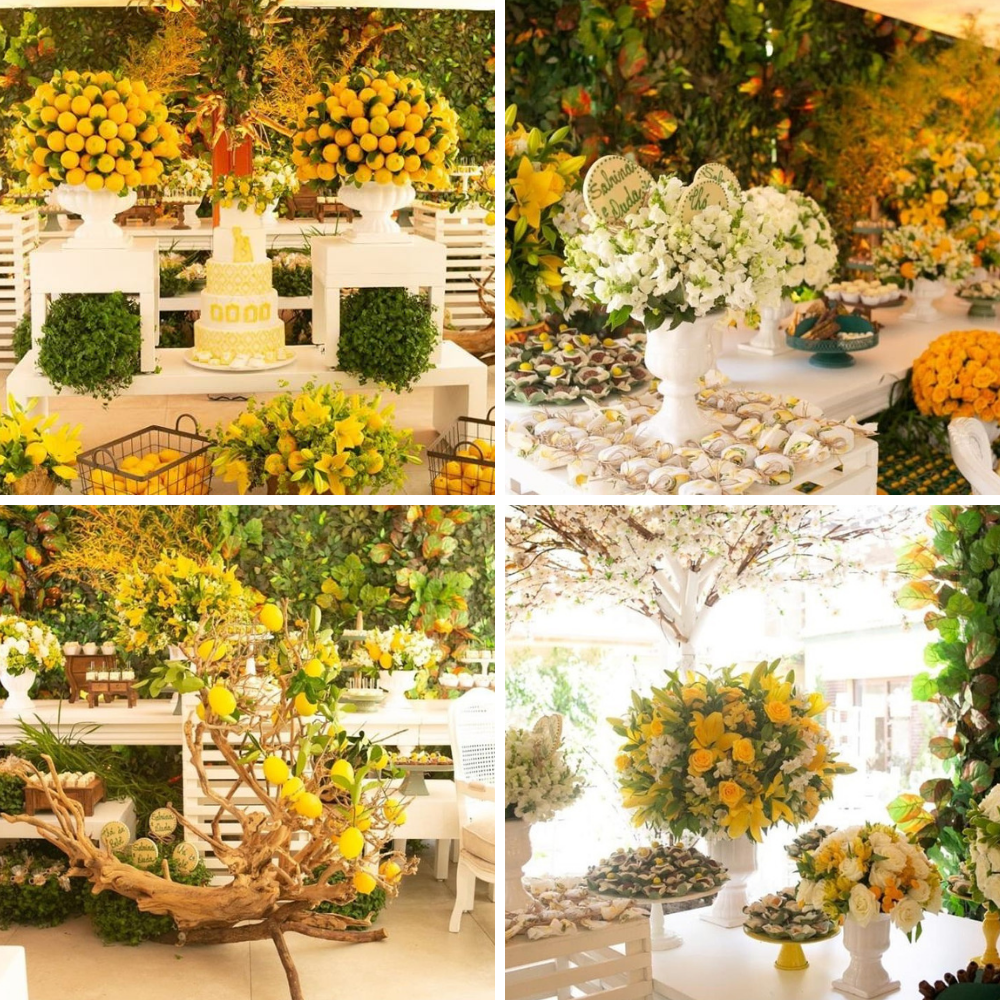 Gifts for the Sabrina Sato Institute

Solidarity also marked the baby shower of Sabrina and Duda, who asked the more than 300 guests to bring toys to the Sabrina Sato Institute, which will donate gifts to institutions that serve children. A beautiful gesture! ♥

Look of the future mom

Sabrina rocked the look, as always! ♥ The mother-to-be exuded beauty and sensuality in a beautiful burgundy dress with a slit. 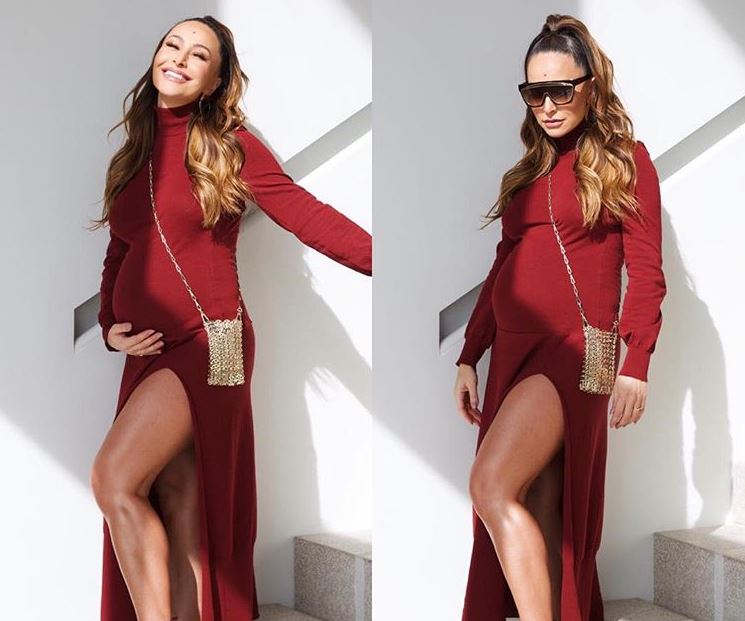 After the party, attention turned to revealing the girl’s name. Sabrina and Duda told the news in the Sabrina Program, shown on Saturday nights on Record TV.

And, of course, the announcement was also the highlight of the weekend on social media, with a video from “Diário da Gravidez”, in which the dads told how the name was chosen. The future mom said that she had more than 50 names on her list and that they discussed it every day.

They chose a short name, so as not to need a nickname, not very common, strong, feminine and super original: Zoe! With a beautiful meaning – life, living, full of life – we think it suits a lot with this family that we already love.

Sabrina Sato surprises her friend with a baby room!

of small screens for baby’s room

of small screens for baby's room

Is it okay to let the baby walk barefoot? See 5 benefits!