Responsible paternity is the target of the UN Population Fund campaign

With the participation of actor Érico Brás and writer Marcos Piangers, the campaign “Pai Presente Importa” aims to raise awareness of the importance of the father in monitoring pregnancy, his presence in childbirth and postpartum, in housework and his support at all times in the lives of children throughout life. 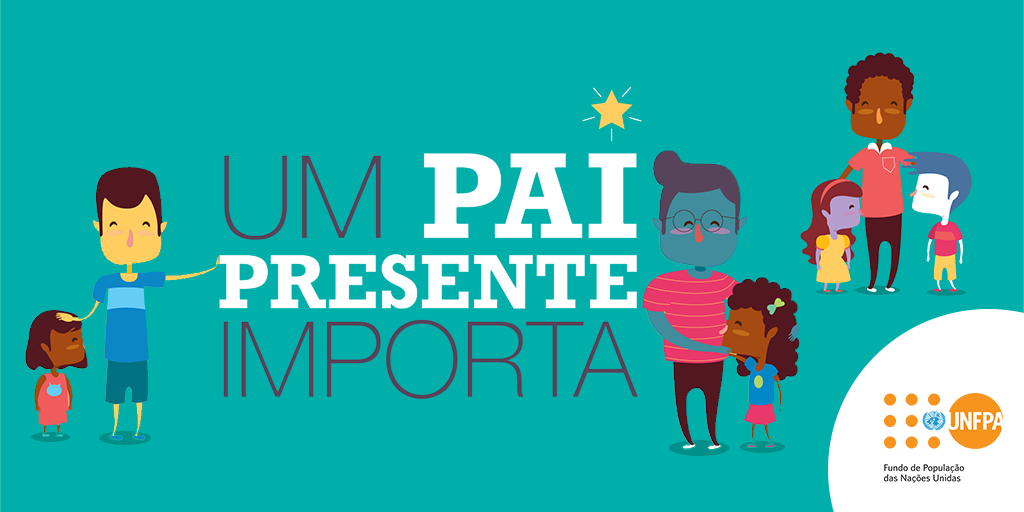 “Pai Presente Importa” will have videos on responsible parenting

Four videos will be shared on the entity’s social media, with important topics on responsible parenting. In addition to being educational and motivational, the material also presents data on the panorama of fatherhood in the country.

Did you know that more than five million children in Brazil do not have their father’s name on their birth certificate? This is just one of the statistics of the National Council of Justice (CNJ).

Another focus of the “Pai Presente Importa” campaign is to show what it means to “be a father” in society today, demystifying stereotypes about the role of men in the family and in the education of children. The first video has already been released and we share it here for you to check out the episode that highlights the father’s role before birth.

Did you like the subject? Then you also have to check out the special Grão de Gente series on active parenting on our YouTube channel. Our first guest is Thiago Queiroz, from the channel “Paizinho, Vírgula”, who shared about his experience as a participative father and how it can transform a man’s life. It’s really cool, let’s check it out?

Mother’s Day Special: Before I am a mother, I am a woman

Baby allergy: how to identify and treat?