The pension reform approved by the House of Representatives will change one of the main benefits of the National Institute of Social Security (INSS): the pension for death. After six months of discussions, congressmen defined that the insured may receive a pension lower than the minimum wage, if they do not prove that the benefit is the family’s only source of income. 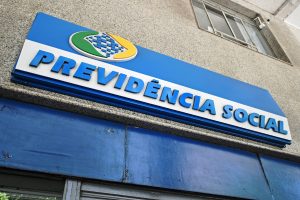 Brazil today has 7.7 million pensioners due to the death of the INSS and for these the rules will not be changed. The pension for death is intended for the dependents of the insured who die. Dependents are considered the spouse, children under 21 years old or disabled, parents (if economically dependent on the holder) and, finally, siblings under 21 years old and not emancipated, provided that the financial dependence of the deceased insured is proven.

Vitor Carrara, social security law specialist at Stuchi AdvogadosThe Commission’s analysis of the rules of the pension for death has been changing since 2015, when there was an attempt to create a projection table for the dependent with Provisional Measure 664/2015.

According to the lawyer, there were other changes that year, with Law 13.846/2019, in which a “unbelievable” prescription for minors was created, where the minor can receive the pension only if it is requested within 180 days of death. The period is 90 days for other dependents.

The Welfare reform, however, should reduce the totality of the benefit, which will be maintained only in the event of death due to an accident at work or occupational disease. “With the retirement, in addition to the changes that have already taken away various rights of taxpayers, the value of the pension, which is now 100% divided by dependents, can be reduced to 60%, adding 10% for each child under age, a value not passed on to the widow when the child reaches the age of 21,” says Carrara.

For the lawyer, the change means that policyholders who have contributed a large part of their lives thinking about their family are injured by 40% of what they should receive. “They are injured by receiving amounts lower than the minimum wage, ending with the purpose of the Welfare, which was created with social objectives. They are taking from those who need it most”…he criticizes.

A highlight approved by the House of Representatives, reduced the possibility of the dependent receiving the benefit below the minimum wage, today at R$ 998. The last change determined that this amount will be assured in case the benefit is the dependant’s only source of income. The previous text only guaranteed the minimum in case the benefit is the only source of all the dependents. The highlight also determined that only formal workers w ill be able to receive the reduced amount, w ith the minimum w age guarantee for dependents w ho do nothave a formal job.

In the opinion of João Badari, Social Security Law specialist and partner at Aith, Badari e Luchin AdvogadosThis last change in the text was positive, for example, for women who do not work to have time to look after the home and children. “It was important that she should not be left with a pension that is less than the minimum wage, otherwise she will not be able to afford to feed herself. It’s a matter of subsistence. In most cases, the widow doesn’t have a formal job because it was her husband or children who paid the bills in the house,” she says.

However, on the other hand, the rule can also be bad for the accounts of the National Institute of Social Security (INSS). “It’s a step that contributes to many people working on informality, with the collection falling,” he reflects.

According to Carrara, the issue of the guarantee of receiving the minimum wage is a point of the reform that should result in increased judicialization by the insured. “The rights are withdrawn and generate anger with taxpayers who, as a last alternative, help the judiciary to defend themselves,” he says.

Another change in retirement that has to do with the death pension is the accumulation of benefits. Currently, there is no limit foreseen.

According to the approved text of the reform, if the pensioner is also entitled to retirement, the benefit of lower value will suffer a cut. The cut will be proportional and will occur in a staggered manner, by income bracket. The insured will receive only 100% of the highest benefit to which he is entitled, plus only a percentage of the others. The percentage is 80% for benefits up to one minimum wage; 60% for between one and two salaries; 40% between two and three; 20% between three and four; and 10% for benefits above four minimum wages.

“This change should mainly affect women, who are often in the majority among pensioners,” he says. Marcelise Azevedo, social security law specialist and partner at Mauro Menezes & Advogados.

For her, the new rule may lead to a higher flattening of the beneficiaries’ income. “Today it is allowed the accumulation of different types of schemes, such as pension and retirement. If a woman with a pension of R$2,000 became the widow of her husband who received R$2,500, she would be entitled to R$4,500. With the change, from the perspective of the pension, she would be entitled to 50% of her husband’s retirement, if she didn’t have children, that is, R$1,250,” she exemplifies.

Still according to Marcelise, in this situation, the value of the benefit would be even lower because the woman already receives retirement.

Badari points out that the reform needs to be completed, but it must be for everyone. “Brazil needs an adequacy in the rules that already have more than 20 years. But the reform must cut privileges and not minimum social rights as we are seeing in the pension for death. If you’re going to retire, let it be for everyone, not just for the poor and political interests,” he says.

Three habits that hinder the pursuit of happiness

Three habits that hinder the pursuit of happiness