Morning Sickness in Early Pregnancy: We know it’s not easy to deal with all the symptoms caused by hormone changes in the pregnancy. early pregnancy, as there are many new and different sensations.

One of the most common symptoms in early pregnancy is morning sickness, which annoy the vast majority of women. But how to alleviate this problem?

let’s give you the best tips to fight these nausea, which are terrible! Let’s see below? 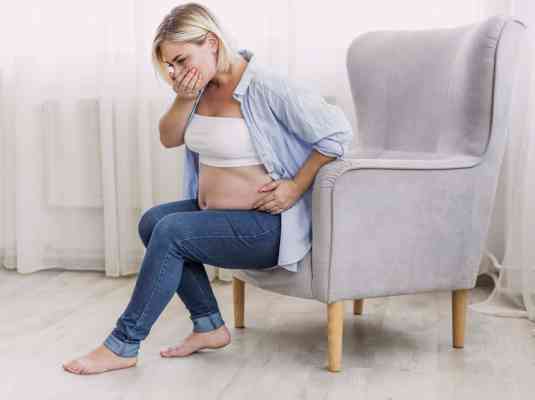 First, know that pregnancy sickness is a normal symptom and it can be treated with simple and homemade measures such as chewing a small piece of ginger, drinking lemonade or sucking on lemon popsicles, for example.

O morning sickness it is usually one of the first symptoms of pregnancy. They can start as early as the 5th week of pregnancy and usually improve around the 16th week.

They are one of the classic symptoms of pregnancy, affecting 70% to 80% of pregnant women, in different degrees of intensity and duration.

They can be a mild malaise or be accompanied by vomiting and tiredness, making the period in which they last quite painful.

Motion sickness is usually more frequent in the morning or may occur several times a day and be associated with vomiting.

This discomfort can be felt by most pregnant women in the first trimester and tends to disappear after this stage of pregnancy.

However, in some cases, nausea can also last throughout the pregnancy.

When nausea is very persistent and causes constant vomiting, inform the obstetrician, so that he can prescribe a medicine for nausea because it is important that the pregnant woman is well nourished and well hydrated for the well-being and development of the baby.

What causes nausea and vomiting?

During pregnancy, a series of changes occur in the maternal organism. The stomach produces more acid, digestion slows down, for example. In addition, there is a huge hormonal change.

Nausea and vomiting are thought to have a relationship with levels of the hormone beta-hCG (the same as used in the blood pregnancy test).

It is known that the higher the level of bata-hCG, the greater the chance of nausea and vomiting during pregnancy.

Can nausea and vomiting be a problem?

Generally not, although common they do not usually affect the progress of the pregnancy. However, if the frequency of vomiting is very high, this could characterize a problem called hyperemesis gravidarum.

Hyperemesis gravidarum is when vomiting becomes so frequent that it causes dehydration and electrolyte changes.

Your doctor will usually be able to prescribe medications to reduce symptoms. 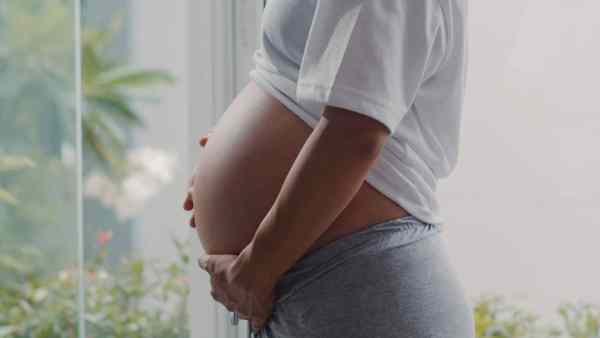 Some natural ways to relieve nausea in early pregnancy are:

Ginger has anti-emetic properties that can reduce pregnancy sickness, aid digestion and lessen irritation to the stomach wall.

A great way to consume ginger and reduce the symptoms of seasickness is to drink ginger tea, chew a small piece of ginger in the morning or suck on a ginger candy.

To make ginger tea, simply place 1 cm of ginger in 1 cup of boiling water and leave for a few minutes. Afterwards, remove the ginger, let it warm and drink afterwards.

Or, if you prefer, you can eat a small piece of ginger or suck on ginger candies, as this helps with digestion, reducing irritation of the stomach wall.

In summary, many studies show that it is safe to use ginger in pregnancy as long as it does not exceed 1 gram of ginger per day.

However, ginger should be avoided if it is close to childbirth or in women with a history of miscarriage, clotting problems, or who are at risk of bleeding.

Continuing, another good tip is to suck a lemon popsicle or drink lemonade, generally, it helps a lot to reduce nausea during pregnancy.

In some cases, especially for a pregnant woman who is unable to eat because of nausea or vomiting, a good option is to sniff the lemon or lemon essential oil to help reduce discomfort.

Cold foods such as yogurt, gelatin, fruit popsicles or salads help alleviate nausea during pregnancy, in addition to being light and easy to digest, as digestion is slower during pregnancy due to hormonal changes, which can cause more nausea .

Another option that can help relieve seasickness is to drink ice water or suck on ice.

4. Eat crackers of water and salt

Crackers of water and salt are easy to digest, being a good way to reduce morning sickness caused by an empty stomach and can be consumed as soon as you wake up, before getting out of bed.

Drinking fluids during the day and in small doses can help alleviate nausea as well as keep the body hydrated and reduce fluid retention.

It is important to drink at least 2 liters of water a day, but some women may experience nausea when drinking water, so a lemon wedge or ginger shavings, for example, can be added to the water.

Another option is to consume fruit juice such as bananas, watermelon, pineapple or lemon, teas such as ginger or mint tea, coconut water or sparkling water, which can also help relieve seasickness.

A good option for drinking liquids and relieving nausea is to make banana juice with lemon and coconut water.

To make this juice, simply place 1 ripe banana in slices in a blender with the juice of 1 lemon and 250ml of coconut water. Then blend everything and drink! 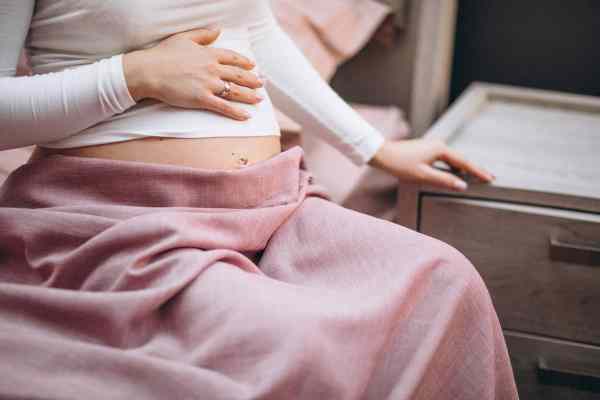 Pregnant woman sitting on the edge of the bed with her hand on her belly. Photo Credit: Freepik

Early Pregnancy – How to reduce nausea?

An empty stomach makes nausea worse, so avoid going many hours without eating. Eat at short, regular intervals, even if it’s a fruit or a granola bar.

7. Exercise according to medical advice

Finally, we all know that moving is always good, contributing to quality of life and physical and mental well-being.

And that wouldn’t be different during pregnancy, would it? But remember that it is important to see your doctor first to see what is released!

Some light physical activities are great for moms-to-be, such as walking, yoga, Pilates, aqua gym, etc.

They improve gastrointestinal movements and release endorphins which are substances that give you a feeling of happiness.

How to avoid morning sickness in early pregnancy?

Morning Sickness in Early Pregnancy: Some ways to prevent motion sickness or to keep the discomfort from getting worse also include other simple but effective precautions, such as:

In addition, acupuncture, an ancient Chinese therapy, performed with the application of specific very fine needles to the P6 Neiguan point, located on the wrist, can be an effective treatment to prevent or alleviate nausea in pregnancy.

Another option to stimulate this point on the wrist is to wear the anti-sickness wristband, which can be purchased at some pharmacies, drugstores, maternity and baby supply stores or online.

We hope you enjoyed this article! By following all of the above tips, we’re sure your morning sickness will improve a lot.

Have you already chosen your baby’s name? Then check out our article with options for beautiful and very different names, with unique and special meanings!

Also see what are the best foods to eat during pregnancy, which should be avoided, as well as tips on how to avoid weight gain.