Is it possible to ask for a pension at the end of a courtship?

Meet the “coexistence pact”, which is becoming more common among couples

Nowadays, in addition to marriage contracts, it is becoming increasingly common for couples to also make a pact for dating or coexistence. Modern relations are changing, and practices that used to be normal only between engaged couples, become commonplace, impacting how the State sees them. 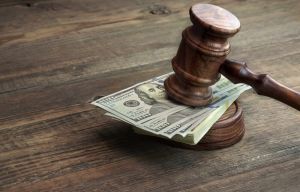 “Things like leaving belongings at the boyfriend’s house or spending a few nights there are seen by the government in a different way, and can be more serious than just dating,” says Dr. Sabrina Rui, a lawyer in tax and real estate law.

When there is a regularity, for example, the couple stay together at home every weekend, it appears that they are living together during these days, and this relationship would enter as a stable union.

“Even if there is no marriage, the contract is a way of ensuring the separation of assets. There are cases where the couple adopts a pet together, for example. That document would decide who the animal will stay with if they split up, ”says the lawyer.

From something trivial, such as objects that stay in the partner’s house, to inheritance or pension, can be linked to the contract, to specify the couple’s will.
“There are witnesses to this contract, like the doorman who always sees his partner coming in, the baker who offers breakfast on weekends, etc., so it is better that it happens to give security to the couple, instead of, in one of the worst case scenario, one tries to claim that he should receive half of his partner’s assets when they split up, ”advises Dr.

The contract is an instrument to avoid headaches in the event of a separation, no matter how uncomfortable it may seem to sign it during a relationship. It is advisable to seek a specialized lawyer to have the best guidance.

Camping, how to organize a holiday with children