The task of caring for children has never been easy. Despite the teaching given to children by schools, it has always been up to the family to set limits. In a highly technological world, with such diverse and accessible entertainment options, work has certainly become more complex and difficult. New questions are urgent, such as: when to know the right moment to put your child in front of these devices? How to limit his access to these technologies? 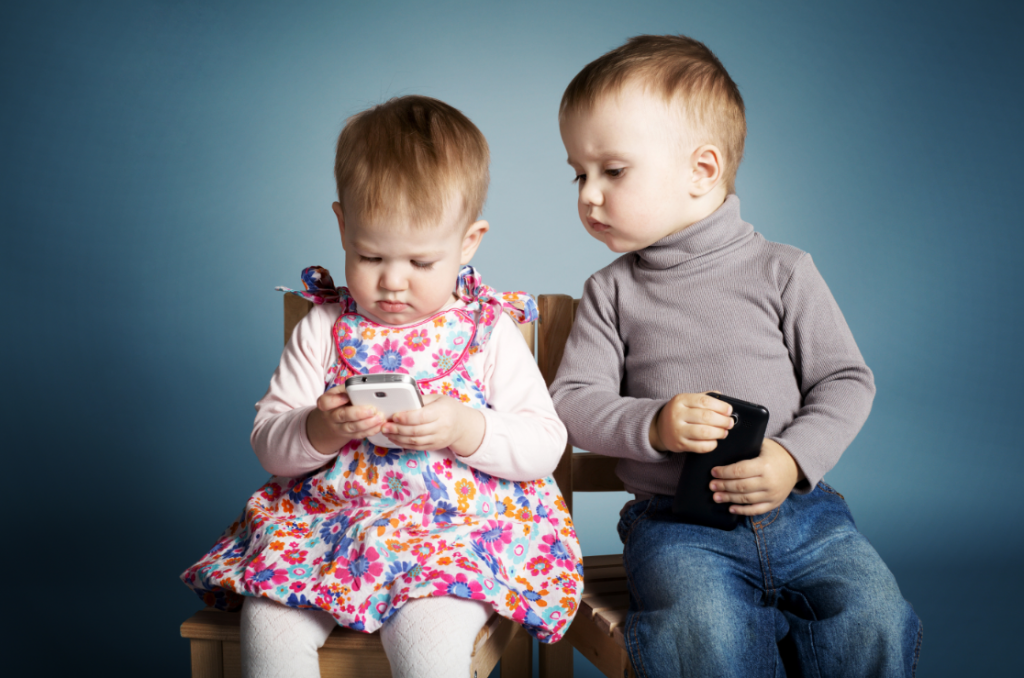 Mother of a four-year-old girl, the psychologist Fernanda Tochetto says she followed the orientation of the Brazilian Society of Pediatrics (SBP), that only after two years of age can the child begin to interact with electronic images, coming from computers, tablets smartphones, etc. Until this age, he needs to interact with his parents and other people who participate in his care, to develop cognitive, motor, language and socio-emotional skills.

Also read Internet, the carousel of a new generation

However, even after that age, when access has been released, SBP recommends a time limit for use. Children over two years of age should stay a few minutes ahead of communication tools like Skype. Between 3 and 5 years old, when they have already acquired a certain independence, a maximum period of one hour a day is recommended. Even more independent, children between the ages of 6 and 12 can use electronic devices, including television, for two hours.

In the phase of greater sociability it is natural that children inserted in the virtual world, have the will to experiment with social networks, which can be the source of some problems if used too much. According to Tochetto, the excess of time spent on this type of media can generate sadness, anxiety and euphoria in users. “Some rates have shown that children tend to become more sedentary and obese. In addition, when compared to others, they begin to find their lives bad, leading to reduced social contact and interaction and low development of empathy,” he warns.

Social networks can lead to other issues such as cyberbullying or facilitating harassment. According to Tochetto, parents need to be aware of the virtual world and the access that children and adolescents can have to this universe. “What we haven’t talked about and explained, they’re researching and finding out in record time,” he says. The situation is complicated when to this curiosity and ease of obtaining information is added the fact that anyone anywhere can interact with anyone. “We know that today, unfortunately, the number of sick and malicious people who travel on the Internet is increasing, stimulating attitudes, behavior and evil actions that hurt our emotions,” says the psychologist.

One way around this difficulty is a kind of guided tour. According to Tochetto, you have to be in the same environment as the children when they use the nets and try to clear up any doubts they may have. “I always seek open dialogue, going straight to the point and talking about things as they really happen. I explain, guide, show the gains and losses”, says the psychologist.

Tochetto is not adept at strict limits. According to her, what is agreed between parents and children should always prevail. However, in case of a breach of agreement, the psychologist suggests that another attitude be taken instead of the notorious punishment. “In place of the word punish perhaps another term: the loss. If you don’t follow the rules, stop gaining and start losing some benefits, such as the time to access some tools. Children need to understand that,” he says.

The example of parents in relation to their use of social networks is also essential for their children, which does not mean that they need to stop enjoying the technologies. “There is the possibility of being present without being absent in zeal for their children, making the resources of social networks an opportunity and not an illness,” says Tochetto. She uses the tools a lot to work and her daughter is very close and participatory at various times in this environment. The important thing is to act naturally, without pressure, in dialogue with her children. “Share consciously and let your children be authentic,” she suggests.

Tochetto points out that excessive use of the internet, social networks and computer games, for example, are not necessarily addictions. “But they can be when people stop practicing basic care, neglecting food, sleep and personal relationships”, he explains. Other symptoms, according to the psychologist, are anxiety and restlessness when for some reason they can’t access social networks; and nomophobia: the irrational fear of being without cell phones or electronic devices in general.

In case of addiction, Tochetto recommends that a psychologist or psychiatrist be sought for evaluation. According to her, there are currently specialized clinics in Brazil and in the world to treat digital addicts. “Addiction with technology can be worse than with chemical substances, because it is quieter until the behaviors manifest the damage,” she warns.

5 valuable tips on how to properly wear the eyelash mask