The death of the presenter Gugu brought to light three very controversial issues that have been discussed in Brazilian Family and Succession Law. Can the existence of a contract for the generation of children prevent the recognition of a stable union? Can a partner be excluded from inheritance through a will? Can stable unions exist simultaneously?

As reported in the media, Gugu drafted a will in 2011 recognizing only his three children as his only legitimate heirs, excluding his alleged companion Rose Miriam from his estate. Regarding the available part of his estate, which corresponds to 50% of his assets, the presenter divided among his children and nephews, who are children of his sister Aparecida Liberato. In addition, he established that his mother would receive for life the amount of R$100,000.00 per month, as well as the usufruct of the property that resides and was owned by Gugu. Finally, she named her sister Aparecida as inventor and curator of the property inherited by Gugu’s children, explicitly preventing Rose Miriam from administering the property of her minor daughters.

The reading of the will in front of Gugu’s relatives caused a huge family uneasiness. Rose Miriam felt unjust for having been excluded from the inheritance and sued the Brazilian justice to claim her rights. In turn, Gugu’s relatives claim that Miriam was not his companion and behold, they present a contract for the generation of children signed between Gugu and Rose Miriam in the past. Finally, the media reports that Gugu had a homoafetive companion and that he has just entered the dispute for the inheritance. 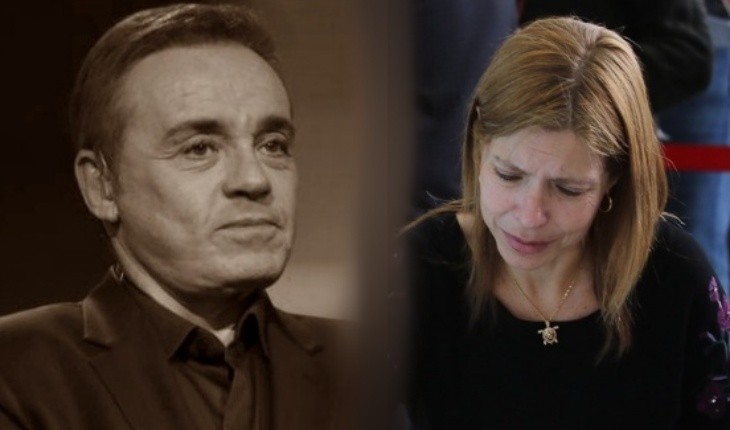 The judge of first instance had established a maintenance allowance of R$ 100,000 to Rose Miriam. However, the judge revoked this decision on the grounds that there was no stable union. But this is not a definitive decision.

The Brazilian Civil Code says that in order to be recognized a stable union there must be a relationship between two people (same sex or opposite sexes), public, continuous and lasting with the objective of forming a family. According to media reports, Rose Miriam related to Gugu for 19 years until her death, besides being the biological mother of the couple’s three children. Moreover, the couple appeared together in several national magazine covers as if they were forming a family.

It so happens that justice has taken into consideration the contract for the generation of children between Gugu and Rose Miriam. And what is this contract?

Although this contract is not regulated in Brazil, and is quite common in the United States, many lawyers defend its legal validity on the grounds that people have the right and freedom to remove affection from their personal relationships. Therefore, affection remains only in relation to children, and there is a parental relationship (between parents and children) and not a conjugal relationship (between parents). Once this contract is valid, the stable union could not be recognized.

As you can see, the discussion about the existence of a stable union between Rose Miriam and Gugu will be quite complex. For the public they formed a family, but for the intimate they had only a friendly relationship. Only justice will be able to decide the issue.

If Rose Miriam is recognized as Gugu’s companion, another question arises. After all, could she be excluded from the inheritance through a will?

In relation to the condition of the partner being heir, the Federal Supreme Court has already decided that the stable union is comparable to marriage, and there can be no differentiation in relation to the succession regime of both. Therefore, if the spouse is a necessary heir, as determined by law, the companion cannot be excluded from the succession, being also a legitimate heir.

Unfortunately, Article 1790 of the Civil Code said that the partner had fewer inheritance rights than the spouse. For example, he would inherit half of what the deceased’s descendants and ascendants inherit. And art. 1829 never contemplated the companion as a necessary heir. Thus, most scholars considered that the companion could be excluded from inheritance through a will.

In 2017, with the judgment of Extraordinary Appeal 878.694/MG, the STF declared art. 1790 unconstitutional, and the same rules of succession applied to the companion shall be applied to the spouse, which are the following: the estate shall be divided equally with the descendants (children, grandchildren, great-grandchildren), in the absence of the descendants the estate shall be divided with the ascendants (parents, grandparents, great-grandparents) and in the absence of ascendants and descendants the spouse inherits the totality of the deceased’s assets.

In view of this decision of the Supreme Court, the current jurisprudence is to consider the companion heir necessary.

And what assets of Gugu would Rose Miriam inherit if she were recognized as a companion?

Assuming that Miriam is considered a companion and, therefore, heiress to Gugu, in the absence of a coexistence contract establishing the couple’s property regime, the regime that will prevail will be that of partial communion. In other words, Miriam is entitled to half of the property acquired by Gugu after the beginning of the stable union, which are called the couple’s common property. Regarding Gugu’s private property, which are those acquired before the beginning of the relationship, Miriam will be considered heiress and will have to share them with her children and all those contemplated in Gugu’s will. In short, Miriam will be entitled to 50% of the common assets and a further percentage of the private assets, which will be defined by the judge of the case, who will take into consideration what was stipulated in the will.

Finally, what happens if Gugu is proven to have a homoafetive companion?

If Rose Miriam is not considered a partner and this partner is able to prove her stable union with Gugu, she will be considered an heir and must share the estate with the other heirs.

But what if Rose is also considered a companion? Can this other stable union be recognized? The Federal Supreme Court is still judging the possibility of simultaneous stable unions and has not yet decided the question. The trial has been adjourned. For now there are judges who recognize and others who do not.

As we can see, Gugu’s case is an example of how family relations are increasingly modern and it is up to Family Law to adapt to this new reality through the jurisprudence of the Courts to subsequently regulate them.

For now, the Gugu case reflects a succession planning that is generating an immeasurable family conflict. Many intimate issues of the deceased are coming to the surface. Let’s hope it serves as a lesson to us all. And may the judiciary be able to decide the matter in the least painful way possible.

*Debora Ghelman is a lawyer specialized in Humanized Law in the areas of Family and Succession, acting in the mediation of family conflicts based on Game Theory.

8 things she needs from you as a mother %

8 things she needs from you as a mother %