Getting pregnant thanks to assisted fertilization: what possibilities?

When we reproductive doctors are faced with a couple with infertility problems, certainly one of the most frequently addressed topics is that of the real success rate to be expected after an MAP technique.

Often just talking about this topic risks creating confusion as someone uses different criteria to evaluate the results.

We can use a datum that Americans call ” live birth rate ” or the percentage of babies in our arms we give to couples. Using this data we do not limit ourselves to expressing the percentage of pregnancies obtained but the frequency with which we have reached the goal of greatest interest for the couple, namely:

The live birth rate therefore, it will certainly not be the most positive data but certainly the most decisive and significant one to which reference should be made.

Many centers use the called data instead pregnancy rate which indicates the number of women with Beta HCG positive (ie the pregnancy hormone) obtained after an MAP technique which apparently can be more encouraging. Unfortunately, not all pregnancies hesitate with the birth of the child and therefore it is a fact that is less interesting for the couple.

Let’s start with the definition of ‘fertile couple’ that is a couple that is able to conceive or to bring about the conception of a child.

This conception depends on the union between oocyte and spermatozoon which determines the formation of a cell called zygote and the subsequent embryo implantation in the endometrium, the mucous membrane that lines the inside of the uterus.

These steps, so delicate and complex, can only partially give an idea of ​​how many impediments can affect the search for a pregnancy.

In fact, if we take for example a 25-year-old couple with no particular risk factors will have about a 30% chance of becoming pregnant.

In light of what has been asserted, infertile is defined as a couple who have had free and unprotected intercourse for 12 months without having a pregnancy.

The incidence of this problem is equal to 13% of couples in Western countries and this phenomenon appears increasingly on the rise.

There are several risk factors, both female and male, to which the couple could be exposed such as:

Advanced maternal age appears to be the most determining risk factor for achieving pregnancy given that, over the years, the number of oocytes decreases and their quality deteriorates.

We think that in Italy, over the past 30 years, the average age of couples who have had their first child has increased from 22 to 32. This trend reflects social problems such as the delay in entering the world of work and the achievement of economic autonomy that allows for the formation of a new family unit.

For these reasons it is quite easy to imagine why an increasing number of couples who turn to gynecologist expert in couple infertility and resort to medically assisted procreation techniques (MAP).

The assisted fertilization techniques have been developed to give a concrete possibility of becoming a parent to those couples who, with difficulty, try to have a child. No less important is to point out that infertility is not only a medical but also a social problem and with aspects that concern morals and the law, which is why it is talked about a lot in the media, sometimes in an unclear way, running the risk of creating misunderstandings.

For example, the children born thanks to MAP, which today are more than 5 million in the world, are defined by the mass media as “test tube babies”, although not all the techniques of MAP, from which those babies were born, involve fertilization in the laboratory, or in a test tube.

Once the interview has been carried out, it will therefore be possible to better identify the most specific and suitable path for the couple’s problems, thus indicating 1st and 2nd level MAP techniques.

Intra uterine insemination (IUI) represents one 1st level MAP technique which consists in introducing the partner’s semen, carefully refined and free of any impurities, into the woman’s uterus through an intrauterine catheter.

It is indicated in cases of young couples with infertility problems of unknown origin, couples in which the woman suffers from ovulation problems that affect her fertility, couples with moderate male factors.

The IUI can be practiced both to women undergoing stimulation of the ovaries and to subjects in whom the ovarian cycle is natural. Ovarian stimulation, by means of gonadotropin-based drugs, allows a control of the development of the follicles which is performed with ultrasound.

Success rates are 10-15% for each stimulation cycle. Naturally this figure varies according to the quality of the seminal fluid, the type of stimulation performed and the causes of infertility of the couple as well as the age of the woman. 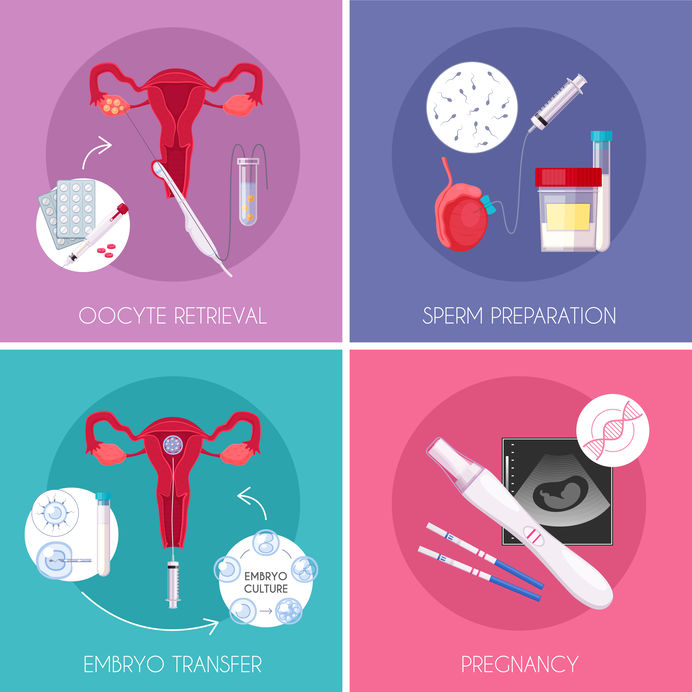 When we talk about level II MAP technique, we are talking about in vitro fertilization (IVF). In vitro fertilization is a technique that has allowed the birth of more than one million children all over the world since 1978. Thanks to this technique it is possible to allow the union between the oocyte and the spermatozoon in the laboratory.

The stages of treatment are as follows:

Today the most used technique is ICSI (Intra Cytoplasmatic Sperm Injection), in which the sperm is injected directly into the egg. Once the zygote is formed, it is cultured and after a few days the embryos are transferred into the uterus through an intrauterine catheter. 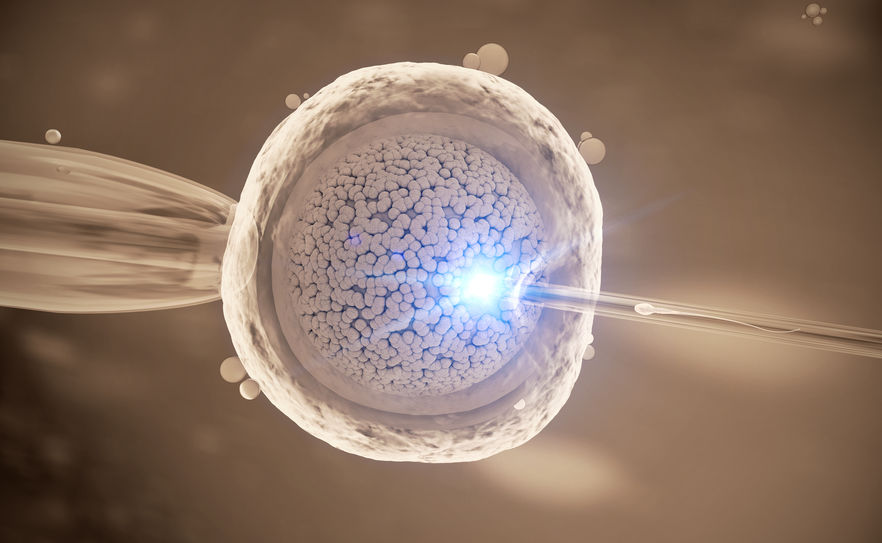 IVF allows, in fact, today to conceive, even when the mother is over the age of 40, given that one in 3 women who resort to this procedure is over 40 years old. Furthermore, it is also indicated if the couple has been diagnosed with female infertility due to other causes, not so infrequent such as endometriosis, absence or injury to the fallopian tubes, or, if infertility originates from a problem with the male seminal fluid.

IVF is a technique whose success depends as much on the age of the woman as on the experience of the specialists who perform it, for this reason it is essential to contact only highly specialized centers in the sector.

Statistics have shown that to date the couples who manage to get pregnant after in vitro fertilization are about 36%.

From these values ​​we pass to a probability of birth of alive children of 50% in younger women (<35 years) subjected to at least five cycles, on the contrary in subjects over 40 years of age the frequency of success is greatly reduced. If, on the one hand, this would still suggest the execution of a large number of cycles, on the other hand, these are considered "heavy" by many women.

Although scientific and technological advances in recent years have made giant strides in recent years, there is still a lot to be done to allow more babies in their arms for all those couples who yearn to fulfill their desire for a family. It is also true that more than 1 million families around the world have managed to fulfill their dream thanks to the use of these techniques.