Dating ultrasound to be performed in the first trimester

The dating ultrasound is usually the first ultrasound that is performed in pregnancy around 8 weeks of gestation, and which allows you to date the pregnancy with good precision.

dating serves not only to understand when the child was conceived but also to identify the presumed date of birth.

It is very useful in case of irregular cycles or if it is not possible to trace the time of ovulation.

Pregnancy dating can be done up to the 13th week at the latest but it is generally preferred to do it by the 11th week. Doing it too late would expose you to misjudgment as the growth differences between baby and baby begin to be evident.

In addition to checking the date of conception (and therefore the date of delivery), this ultrasound also evaluates other factors such as:

The date of conception is obtained by measuring some parameters such as the caudal skull length (CRL). By evaluating this measure and comparing it with the existing reference tables (usually the ultrasound machine does all the necessary calculations), he verifies that these measures are “compatible” with the date of the last menstruation.

The first ultrasound is typically transvaginal, that is, it is performed with a cylindrical probe that is inserted directly into the vagina. With this ultrasound, more defined images are obtained than the abdominal / traditional one.

Subsequent ultrasound scans are external with a probe placed on the belly. Of particular importance is the morphological or structural ultrasound performed around the 20th week of pregnancy which allows a complete control of the development of the fetus.

How do you go back to the gestational age based on the measurements?

To date the pregnancy, the gynecologist takes the cranial caudal length and compares it with the standard tables. 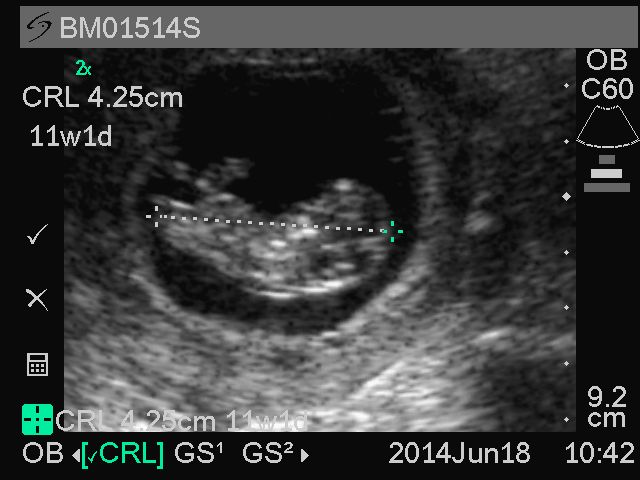 There are reference values ​​defined thanks to studies that have evaluated thousands of pregnancies. The following table is based on 4265 physiological pregnancies
CRL = cranio-caudal length of the fetus

Island of Elba and children: activities to do and beaches to visit