Are you sure it’s queloid? High scar may be another problem

Cuts and minor traumas are sufficient for the development of raised scars in some people. But this characteristic does not always immediately indicate the diagnosis of keloid. According to the dermatologist of Edmundo Vasconcelos Hospital, Cláudia Escaleira de Oliveira Dourado, it is possible that the protuberance is confused with a hypertrophic scar.

The main divergence between the two problems is linked to the delimitation of the injury. In the case of the keloid, the scar tissue, which grew abnormally, does not respect the limit of the original scar. The hypertrophic scar, on the other hand, presents the elevation only in the traumatized space.

According to the expert, the effectiveness of the procedure is another important difference. “In cases of hypertrophic scars, it is common that the result is better, faster and with less chance of the lesion returning after a while, which does not occur in the case of the keloid, which is often only excluded after surgery and even then with chances of reappearing,” she explains. 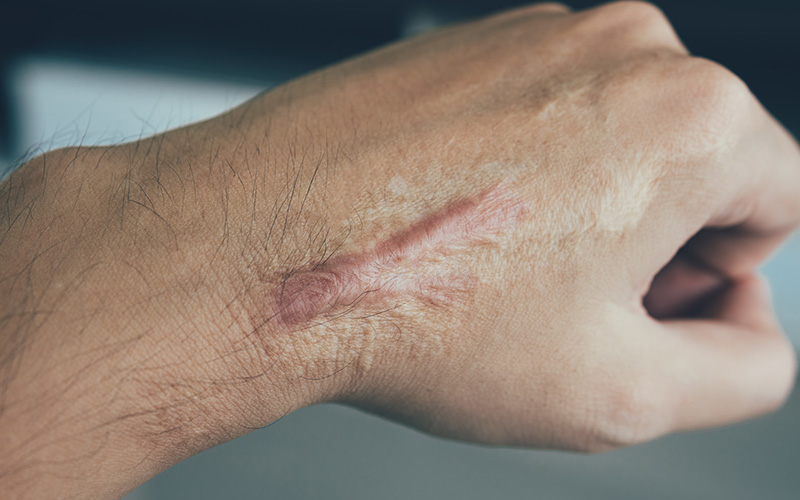 The keloid can also present pain, itching, burning sensation and, depending on the location, limit movement. To alleviate these symptoms, there are different treatments such as drug infiltration, cryotherapy – for minor lesions, laser and, finally, surgery.

“In some cases the only possibility is really the surgery, but even so it is necessary to take into account the chance of returning the injury. When the surgical intervention is performed, there is also a post-surgical procedure that includes: use of injectable medications, occlusive and compressive dressings”, warns the dermatologist.

The problem can affect both sexes equally, being more common in black people, Asians and those between 10 and 30 years old. Its incidence in surgical wounds is 5% to 15%, with a high chance of reappearing, even after being removed in surgical processes.

Located next to Ibirapuera Park in São Paulo, Edmundo Vasconcelos Hospital operates in more than 50 specialties and has about 1,000 doctors. It performs approximately 12 thousand surgical procedures, 13 thousand hospitalizations, 230 thousand outpatient consultations, 145 thousand Emergency Room consultations and 1.45 million exams per year. Among the stamps and certifications obtained by the institution, the Hospital Accreditation Level 3 – Excellence in Management, granted by the National Accreditation Organization (ONA) and first place in the Best Companies to Work for in the Health – Hospitals category, won for three consecutive years, 2017, 2018 and 2019.

20 ideas that will give you inspiration