Abusive Relationships – Know what types and how to act before them.

For every 5 women, 3 have lived an abusive relationship, but contrary to what they think, Abusive Relationships Happen in Different Ways and Not Only in Man x Woman Relations, butoyster Studies

Studies report that 3 out of 5 women have already experienced an abusive relationship, but it is not only in the man-woman relationship that this happens. Abuse can occur in several ways: from father to daughter, from son to father, from daughter to mother, among same-sex couples, among others.

And what are abusive relationships? 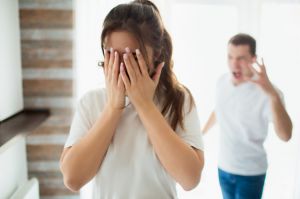 They are those in which there is a victim and an aggressor. It happens from the moment when someone tries to dominate the other physically or by psychological and emotional devices. At this time, the relationship is no longer healthy and may even evolve into a sick and dangerous relationship, resulting in passionate crimes, for example.

The abuser tends to want to dominate everything possible in the other person’s life; trying to control friendships, the way of dressing, the use of cell phones and their social networks.

Abuse within a relationship is not restricted to Physical violence, easier to be detected, whether in the family or social environment, but it exists whenever there is psychological violence, more difficult to identify and whose handling is much more complex and time consuming.

In any situation, but mainly through psychological abuse, the aggressor gains power over the other person, using control and emotional manipulation.

According to Dr. Aline Machado Oliveira, Jungian psychiatrist and psychotherapist, one of the first things that an abuser does in an abusive relationship, is to destroy the other person’s self-esteem. She explains that the victim’s self-esteem is dramatically affected and can be destroyed when the abuser uses psychological games with accusatory phrases such as: “-She does it because she wants to” or “-She was always like that, she’s just playing the victim” in order to manipulate reality.

The victim becomes to blame for the aggression suffered and he accepts this as true. In this way, the victim starts to have a distorted perception of himself. The more oppressed, the more passive the person can become, until he becomes completely impotent, because he was convinced by the aggressor that he is wrong and is to blame for the problems in the relationship.

Emotional blackmail is a device widely used for manipulation and is generally difficult to identify. The blackmailer knows the victim’s weaknesses and uses feelings like fear and guilt to manipulate people and achieve their goals. It should also be noted that the manipulator is not always aware that he or she practices emotional blackmail.

The blackmailer is going to get the other person to do what he doesn’t want to do; here the abuser plays the victim to manipulate the other’s will. Phrases like: “-If you don’t do that, I’ll never forgive you again”, work as punishment and put the victim under the threat of guilt.

Note that the feeling of guilt in emotional blackmail, is easily placed as a two-way street; in case the blackmailer uses false regret, pulling all the blame, but at the same time saying he is sorry and making promises not to make the mistake again, gaining the trust of the other person, to use it later, even in another occasion.

Nowadays, domestic violence is much more common when the mother or father is the victim of adolescent children who often use physical aggression. But not 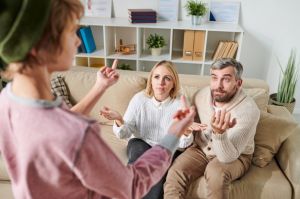 stop there; In addition to physical aggressions, psychological abuse and manipulation are also present in these cases. Emotional blackmail and verbal aggression commonly occur. Accusations such as: “-you ended my life” or “-you only make me feel ashamed” among others, are appealing and even theatrical.

The lack of limits imposed on children since childhood, lead parents to suffer this type of domestic problem, and not knowing how to act, they end up giving in.

Since childhood, the role of parental authority is lost due to the domination of the children.

The most well-known and exploited situation is the reverse, the abuse of parents against their children, and in this case, physical violence ends up being the most common.

Social life is inherent to human beings and work, study and leisure relationships are part of our daily lives, and we cannot always choose who we work with or study with.

In either case, abusive relationships begin in the same way: cursing and shouting, humiliation and psychological violence, involving manipulation and control.

Relationships are always a challenge and in order to have healthy relationships we need to impose limits on each other and understand that we also need limits. This also implies knowing how to deal with relationships when we have a position of power – says the expert, Dra. Aline Machado Oliveira.

Learning to say “no” is necessary, and knowing how to accept it as well.

If you identified with the situations mentioned, seek professional help. Don’t give up on you! 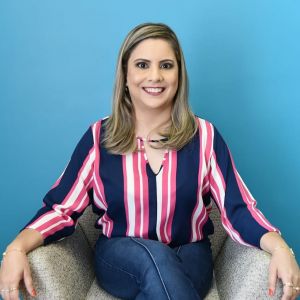 Face-to-face assistance in the city of Lajeado -RS. Online for all of Brazil.

Recipe books that cannot be missing in the kitchen

The second birth: tips to get prepared

The second birth: tips to get prepared