when to do it and which one is the best? Kur pharmacy Wyk

when to do it and which one is the best? Kur pharmacy Wyk

A positive pregnancy test is the beginning of a new, exciting chapter in life. But how does such a test actually work, when does it deliver a reliable result, which test is the best and at what time of the day should it be carried out? Find answers to these questions here.

In this guide you will find information on the following topics:

Pregnancy test – from when? 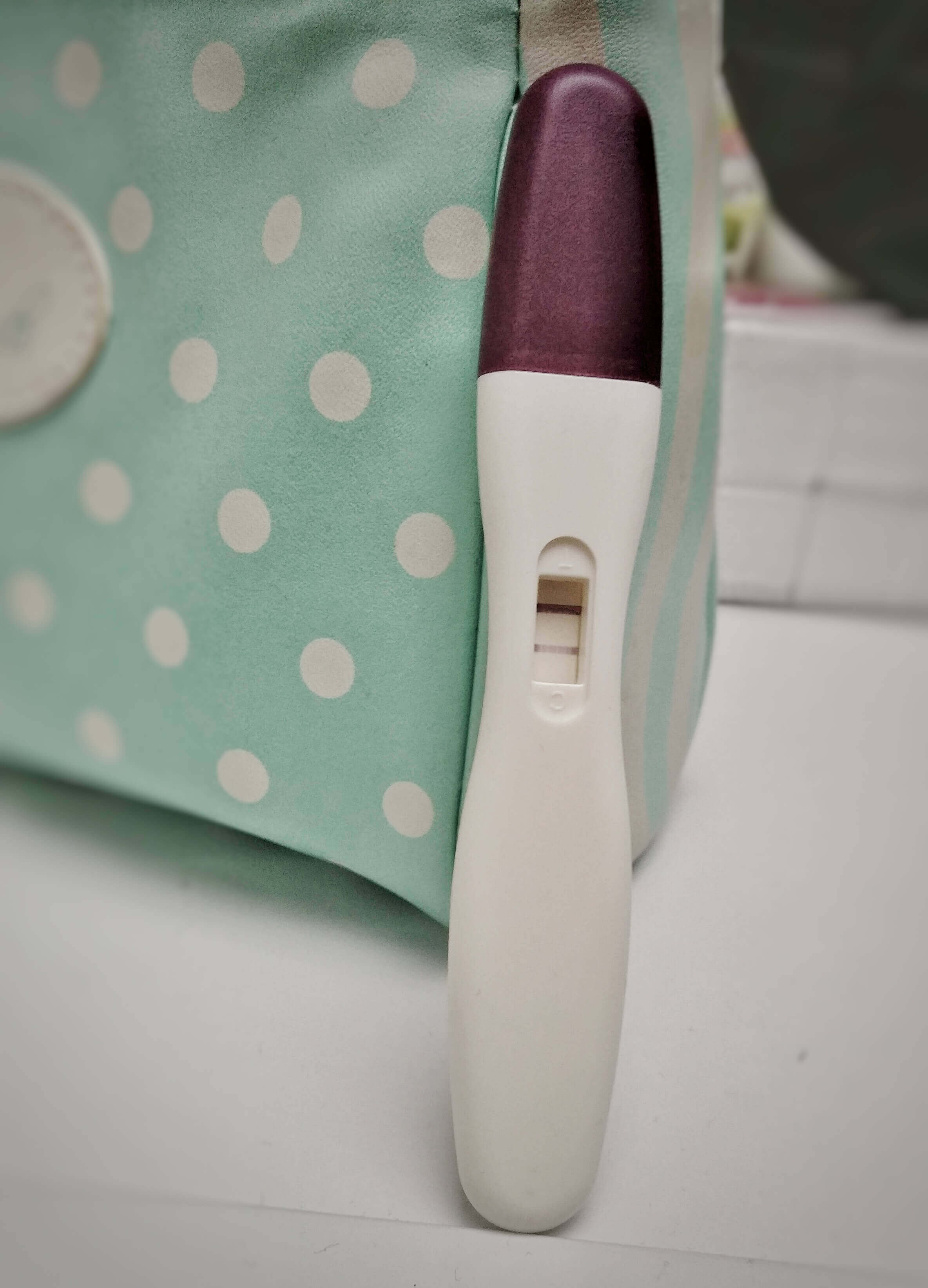 Missing a period is usually the first sure sign of pregnancy. From the first day of the missed menstruation, the pregnancy test is therefore considered reliable.

However, since many women who want to have children eagerly await the test result much earlier, there are so-called early testing the opportunity to test positive three to four days before the menstrual period stops.

A blood test at the gynecologist can also determine pregnancy six to nine days after fertilization.

When is a pregnancy test reliable?

The classic urine pregnancy test provides a reliable result about 14 days after fertilization of the egg cell. So from about the first day of the expected period. Only then is the concentration of the pregnancy hormone in the urine so high that the test can deliver a very reliable result.

If you want to know earlier, you can use an early pregnancy test three to four days before the expected menstrual period. These tests are so sensitive that they detect even the smallest amounts of the pregnancy hormone in the urine. However, the early test has a significantly higher error rate. So it shows a negative result more often, even though you are actually pregnant.

So you only play it safe with a pregnancy test after you have missed your period.

When is a pregnancy test useful?

This question can only be answered very subjectively. Of course, every woman who wants to have children wants to be sure about the pregnancy quickly. That is why the early tests have their justification. If the early test shows a positive result a few days before the expected menstrual period, this can be considered fairly certain, whereas a negative result can also be wrong. Then it’s just a matter of waiting. And this test of patience can be quite stressful for a woman.

A negative test result is less certain than a positive result
If the test is negative, pregnancy cannot be ruled out with certainty. Depending on the length of the menstrual cycle and the hormone concentration in the urine, it is also possible that a second test will still be positive a few days later. If there are no periods and other signs of pregnancy are detected, such as tightness in the breasts or nausea, it is worth repeating the test after three to four days.

When is the best time to take a pregnancy test?

Now that it is clear that testing should ideally start on the first day of the missed period or with an early test four days before at the earliest, the question of the right time now arises. The more advanced the pregnancy is, the higher the concentration of the pregnancy hormone in the urine. And this hormone is of course measurable all day long. The test in the morning urine is only necessary if you want to test before the period is missed. You will find out why the morning urine is particularly suitable at this point in the guide.

The implantation of the fertilized egg takes place between the sixth and tenth day after the actual fertilization. Four to ten days later, i.e. between the 14th and 16th day after fertilization, a pregnancy test is considered reliable. Since most women do not feel the implantation of the egg cell, it is not possible to say exactly when it actually took place. As a rule of thumb, a test about two weeks after ovulation makes sense.

How the test works and how to use it

The pregnancy test measures the concentration of the pregnancy hormone in the urine. Depending on the sensitivity of the test, the result can be read a few days before the period stops. Morning urine is best for early testing.

When should the test be carried out – better in the morning or in the evening?

Although the HCG concentration in the urine can of course be measured all day during pregnancy, it is always recommended to test with the morning urine. The more advanced a pregnancy is, the higher the HCG level.

So if you only test after you have missed your period, this can happen regardless of the time of day, since the HCG concentration is probably already high enough. An early test, on the other hand, provides a more reliable result with the morning urine.

Why pregnancy test with morning urine?

The morning urine, which was collected in the urinary bladder over the entire night, contains the highest HCG concentration. That’s why testing in the morning is considered the most reliable, especially if you want to test a few days before your missed period.

What do the lines on the pregnancy test mean?

A standard pregnancy test has two small windows. After holding the test in the urine for a few seconds, a line should appear in the first viewing window after a few seconds. This strip is just the control strip and is marked with the letter “C”. It indicates whether the test is working and whether enough urine has been drawn up.

If this control strip does not appear, this indicates that the test did not work. This can be due to the control substance being superimposed in the test, for example. Pregnancy tests also have expiration dates.

After a waiting time of two to five minutes, you can also read the result. If the test is positive, i.e. if you are pregnant, a line will also appear in the second viewing window, the so-called test area and marked with a “T”. Depending on the HCG concentration, this can be lighter or darker, but it is clearly visible in any case. If, on the other hand, no second line appears, there is either no pregnancy or the HCG concentration is not yet high enough. If signs of pregnancy persist, a second test after three to four days is worthwhile.

Whether the second line on the pregnancy test is lighter or darker has no effect on the result. If the second line appears, there is a 99 percent chance of being pregnant. If you do the test in the evening or even a few days before your missed period, the second line may be a little weaker but still visible. This is simply due to the lower HCG concentration in the urine.

The Clearblue test with weekly determination is unique in this form. It shows whether you are pregnant and in what week. The test with a dye tip also guarantees a particularly safe application. The test tip only turns pink when sufficient urine has been collected. This is how you can be sure that you have carried out the test correctly. The portfolio is rounded off with the Clearblue Digital, a test with a small display that shows the time to the result.

What is an evaporation line?

A thin light gray line in the second window of a pregnancy test is called an evaporation line. This line indicates where the HCG line will be if the test is positive and causes confusion when it is misinterpreted as proof of pregnancy. However, whether the evaporation line really exists also seems to be a question of belief. Many women have never seen such a line, while others report that the line only appears after ten minutes, when the test can no longer provide a result. Evaporation lines are not confirmed by the manufacturer, but obviously they can occur.

As already described, a pregnancy test provides a reliable result from the first day of the missed period, whereas an early pregnancy test starts a few days before menstruation. The reason for this is the increased sensitivity to the pregnancy hormone HCG.

Difference to the normal pregnancy test

HCG is measured in mIU/ml. A normal pregnancy test detects an HCG concentration of around 25 mIU/ml. An early pregnancy test, on the other hand, already reacts to lower concentrations of 10 mIU/ml HCG in the urine. It can therefore be used a few days earlier when the HCG level is not yet very high.

Early pregnancy tests are now offered by many manufacturers, including drugstore brands. The most well-known early tests include:

There is no answer to the question of which pregnancy test is the best. Because all pregnancy tests, regardless of whether they are well-known from Clearblue or Rossmann’s own brand, work on the same principle.

The test membranes inside the tests are covered with antibodies that react to the HCG detection. Differences in pregnancy tests are therefore only found in the price, but not in the…

Thanks for visiting we hope our article when to do it and which one is the best? Kur pharmacy Wyk
, we invite you to share the article on Facebook, pinterest and whatsapp with the hashtag ☑️ #Kur #pharmacy #Wyk ☑️!

What is Chingu Korean?

Should SSN have dashes?

Should SSN have dashes?