The tech book from the UK – Preschool

The magical book that is conquering children all over the world and that has, in fact, changed the way in which children relate to the written text and narration comes from the United Kingdom. Is titled Where is my name? and has already sold over 600,000 copies, becoming a true publishing phenomenon.
The book tells of a child who suddenly loses his name and is forced to leave in search of the letters that compose him, becoming the protagonist of the thousand adventures he runs into during the search. 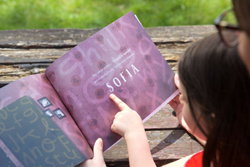 Characterized by the presence of beautiful illustrations, the true magic of the book lies in the very high level of customization it implies. In fact, not only can it be personalized with the baby’s name, but Where’s my name? takes personalization to a new creative level, since every single story changes according to the letters with which the name itself is composed.

The twin born three months after her sister: “An extraordinary fact”

Children and sex on TV: how to behave?

Each creature that the little reader encounters along the way gives him the gift of the first letter of his name, so that, step by step, even the child is facilitated in finding his name.
The advantage is immediately perceptible: the child becomes absolutely the only protagonist of the narrated story that will have a specific meaning for him and only for him. 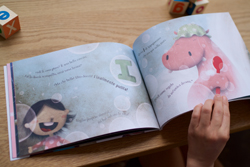 The idea for the customizable book came to a father and uncle frustrated by the lack of technological innovation used to improve quality storytelling for children. The two therefore founded Lost my name, creating over 250 stories and illustrations and developing a unique algorithm that matches the child’s name and gender. The result of this work was a beautifully written and illustrated book where the very name of the reader builds the story.

The book can be purchased on the site Lost my name at a price of € 23.99.
The book is particularly suitable for preschool children and for those in the first years of the primary cycle.

Too much time in front of the screens reduces academic performance

The tech book from the UK – Preschool