Tales to Dream was born for all children, and not only, who travel through their imagination where dreams and reality coexist naturally, even with open eyes. The videos of the tales have been produced in such a way that they are pleasant to see and hear, both by children and by the older ones, because those who love fairy tales, love them for life. Through Duccio (the storyteller), the inseparable Cesira, who cannot be seen but who comments with strange sounds, and a mix of funny characters (the cat, the moose, the penguin, hand …), Tales to Dreamis present on YouTube (in high definition) with Little Red Riding Hood, The Princess and the Pea, The Ugly Duckling, Rapunzel, The Pied Piper, Puss in Boots, Tom Thumb, Rosella (unpublished Christmas fairy tale) and many other fairy tales in preparation. 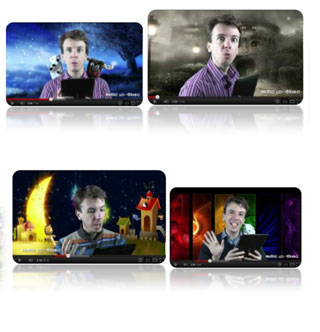 A separate mention must be made for the series Pinocchio. Collodi’s book was brought to video (about forty episodes are planned), using particular graphic backgrounds rich in colors and animations. The entire production is available in high definition, and was produced by Blu snc.
A “special” version of Pinocchio it is available for television broadcasting, for a limited period and free of charge, to any TV and web TV broadcaster who requests it. You can find the promo of the television series here.
Tales To Dreaminstead, on YouTube is available at following address

What names mean fire in Greek?