Premature birth 28 weeks: Much too early for labor!

Premature birth 28 weeks: Much too early for labor!

Every tenth baby comes prematurely. What can doctors and expectant parents do to keep the unborn child in the womb for as long as possible?

Whether in the 26th or 28th week of pregnancy, even in the 32nd week: it is much too early for the baby to have to leave the womb. Does modern medicine catch the little ones in any case and help them lead a healthy life? Unfortunately, this hope is not always justified. Statistics collected worldwide prove that:

“From the 24th to the 32nd week, we have to fight, every day more in the womb is a gain,” says Professor Reinhold Knitza, a gynecologist and obstetrician in Munich.
If you want to fight, you have to know the enemy. And understand what happens in the body of the expectant mother during pregnancy.

Why are contractions coming so early?

Once the fertilized egg is implanted in the uterus, the woman’s body is flooded with hormones that allow the baby to grow in peace. The muscle tension in the uterus relaxes, and a soft, stretchable bed is created for the child. Shortly before birth, the level of oxytocin in the blood rises. Now the stuff that will eventually induce labor is slowly allowed to begin its work.

What happened if there was restlessness in the uterus shortly after the 20th week?

Stomach getting hard? Pulling in abdomen feels weird? It’s not really painful, but still too strong to ignore? Expectant mothers should definitely seek medical advice (go to a hospital ambulance at the weekend) if they notice anything like this. Only in a clinic or practice can it be clarified whether harmless exercise contractions are causing the discomfort. Or whether the body is sending alarm signals and there is a risk of premature birth.
First, the doctor feels the cervix and checks whether it is still closed tightly. The length of the cervical canal is measured with ultrasound; if it is already too short for the respective week of pregnancy, there is a risk of premature birth.
In about a third of the cases, the doctors can give the all-clear: no real contractions. The mother-to-be can go home again. However, with the advice to take care of yourself. Listen carefully to the signals from your stomach. Magnesium, a trace mineral that relaxes muscles, is often prescribed.

How can the doctor help?

For another third of the women, the restlessness in the stomach is a reason to take a closer look: The doctor looks for germs in the vagina and arranges a blood test. The most important thing: the mother-to-be needs strict protection. If this is not possible at home, for example because an older child has to be cared for, she should be admitted to the hospital.
For a third of expectant mothers, the preterm labor is so severe that it threatens to force the child into the world. Now only a contraction inhibitor can help. These preparations work in a similar way to asthma medication: They ensure that the muscles relax. Unfortunately, labor inhibitors have side effects such as tachycardia and flushing. The drug must therefore be dosed carefully, and the woman needs constant monitoring in the hospital.
Ultimately, “we only fight the symptoms and don’t know the causes of the premature labor,” says Professor Klaus Friese, a gynecologist at the University Hospital in Rostock. “If we find an infection, we have a logical chain that we can work through. But that’s rarely the case.”
The possibilities of modern medicine bring an average of nine more days in the womb. This time is used to promote lung maturation in the unborn child (the mother-to-be receives a cortisone preparation for this). In addition, women who are at risk of premature birth are transferred to a clinic with a premature infant intensive care unit. 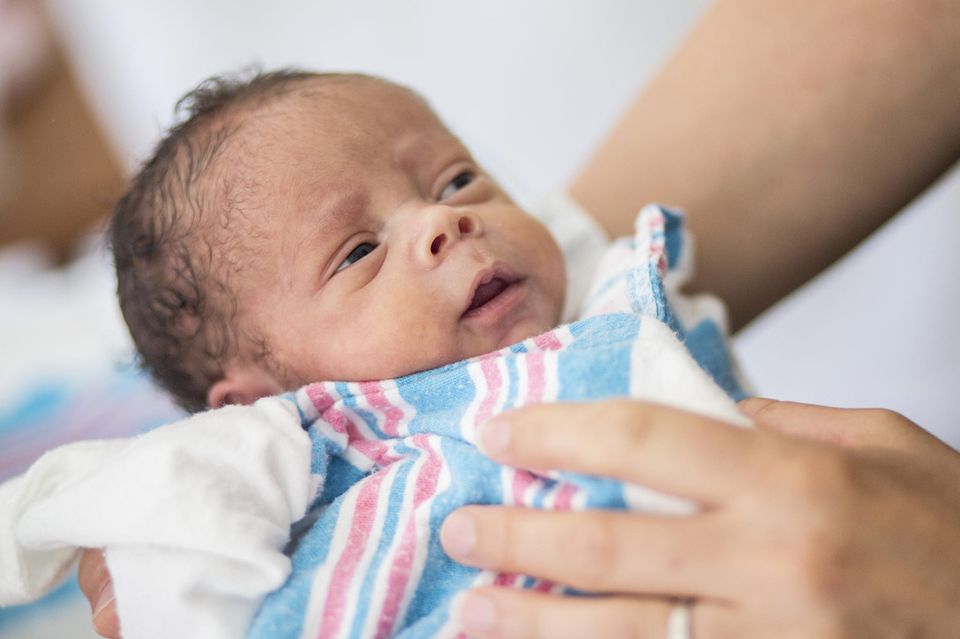 Premature birth What to do if the birth starts much too early?

Until a few years ago, gynecologists tried something else when there was a risk of premature birth: the baby was supposed to be held in the stomach with a small ribbon that was threaded through the cervix (under general anesthesia) and then tightened. The cerclage, the technical term for this procedure, is placed in about every tenth pregnant woman. Often as a precaution. The further development of cerclage was a silicone ring that was placed around the cervix without surgery or anesthesia. In the meantime, almost all gynecologists have abandoned the cerclage. “That was probably too mechanistic: pull it shut and the child stays in,” admits Professor Knitza. Worldwide studies have long shown that the cerclage does not prolong the pregnancy.

What can expectant mothers do?

One thing above all: think of yourself – and of the unborn child. Preterm labor is an alarm signal. They make us stop. Anyone who feels them can and must no longer be pregnant on the side. Work as usual in the family or in the job or in both. The image of the powerfully beautiful mother-to-be who takes her hand away from the laptop to rub her tummy at most a couple of times a day needs cracking. Because it’s getting serious. A small being, still too helpless for life outside the womb, draws attention to itself: I’m already here, think of me! Everything else is now in the background. The meeting with the boss. The punctual dinner. Even the state of mind of the big child, who is rather cautiously looking forward to seeing his sibling. What counts are the baby’s chances of life, is every single day that brings it, well protected in the womb, past the 28th week of pregnancy closer to the 32nd week. “In order to understand that, I had to be admitted to the hospital,” says Verena Zielke, 32. Her second child will be born in three weeks. to the appointment. It didn’t look like that for a long time. “My two-year-old, moving to another city, my attempt to open a shop again while I was pregnant – everything is important. I had overlooked my small belly. The bit of pregnancy, that’s quite incidental … In the 23rd I went into labor for about a week. Abdominal pain, I thought, nothing serious. I walked around with this pain for four days until I went to the doctor. He did exactly the right thing: he let me drive from the practice to the hospital. I wasn’t even allowed to pack more home. I had to lie down. At first I thought I was going crazy. I still had so much to do. But two or three days and many ultrasound images later, I calmed down. The contractions stopped and the cervix remained closed “I was allowed to go home. During the days in the hospital I learned a lot. Slowness, for example. And that I can show my love for a being that is still a part of me: by giving him and me time no.” 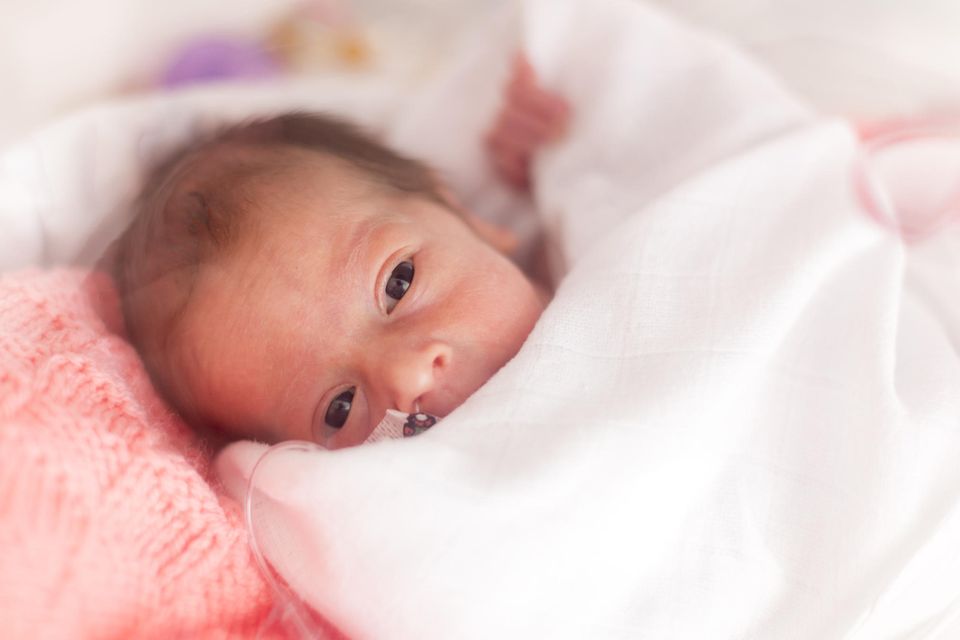 Some preterm labor is caused by infections rising up from the vagina into the cervical canal. Therefore, dangerous germs in the vagina should be detected as early as possible. Women can take precautions themselves with a test glove (pharmacy): if the test field changes color over the middle finger, this is an indication of the risk of infection. The doctor will then clarify whether and how treatment will continue. Some pregnant women find this self-examination reassuring. Others feel more alarmed when they have to constantly search for germs. Medical support and precise information about the examination gloves are therefore important.

Thanks for visiting we hope our article Premature birth 28 weeks: Much too early for labor!
, we invite you to share the article on Facebook, pinterest and e-mail with the hashtag ☑️ #Premature #birth #weeks #early #labor ☑️!

What is OG slang for?