PREGNANT WITH PLANNED BABY NO. 4

PREGNANT WITH PLANNED BABY NO. 4 – FROM THE 4th SSW TO THE 7th SSW – family

Oh, I’m really looking forward to telling you about the very first days and weeks of my current pregnancy! Because the first time is so incredibly exciting! However, we also went through a not so nice week in which we were really plagued by fears and worries. And then there were really nice moments of happiness again.

As I’ve written and said many times now, I still can’t believe we’re actually pregnant with our dream baby #4! This is so beautiful! After it hadn’t worked out for more than two years, we had almost said goodbye to this idea. This surprise, which – like every pregnancy – feels like a miracle is all the better. I’m just so happy! Every day anew! And I can’t wait to hold a little baby in my arms this summer. <3

But of course that will take a while. And until then I would like to take you with me through my pregnancy and hope you are happy about it! =)

In this post I would like to tell you about the time between the 4th and 7th week of pregnancy (SSW), i.e. from the time of the positive pregnancy test to the positive heartbeat on the ultrasound; from my first symptoms; our fears and worries; our anticipation and our relief. 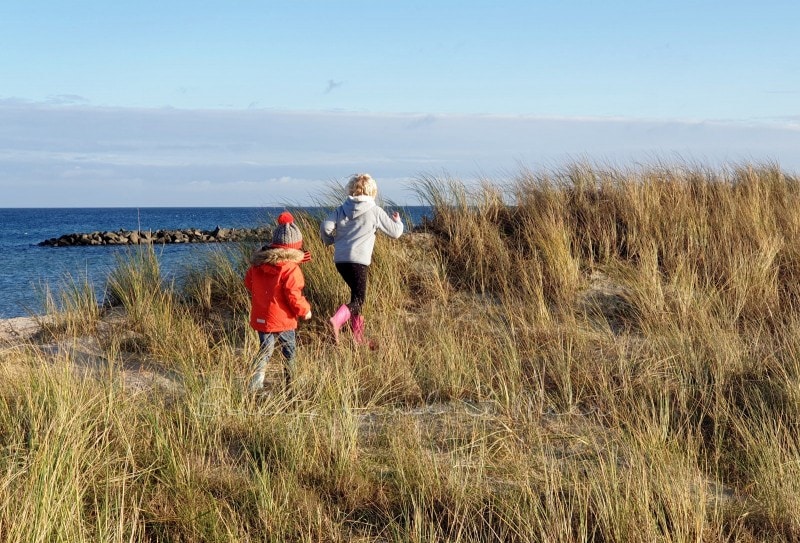 The 4th week of pregnancy: Of positive pregnancy tests

As I told you in the last post, I tested positive for the first time in the 4th week of pregnancy. First with a strip test that had expired two years ago but was still dormant in my closet, then the next morning with a digital Clearblue that gave us “Pregnant – 2-3 weeks” indicated.

Micha was immediately very happy, while I was rather amazed and still couldn’t quite believe it. Pregnant. Pregnant in the first cycle without the pill. After all this time After all the years and months in which it hadn’t worked out. It was just so incredible that initially it really took me a while to believe the tests and to engage with all the new thoughts, concerns and changes. Still, I remained cautious about my joy. Because I knew – from my own experience – that a positive test by no means means that everything has to go well. That’s why I was initially particularly happy about the fact that it had worked out at all, but I decided not to really get involved with the pregnancy until sometime later I saw a little baby with a heartbeat on the ultrasound. 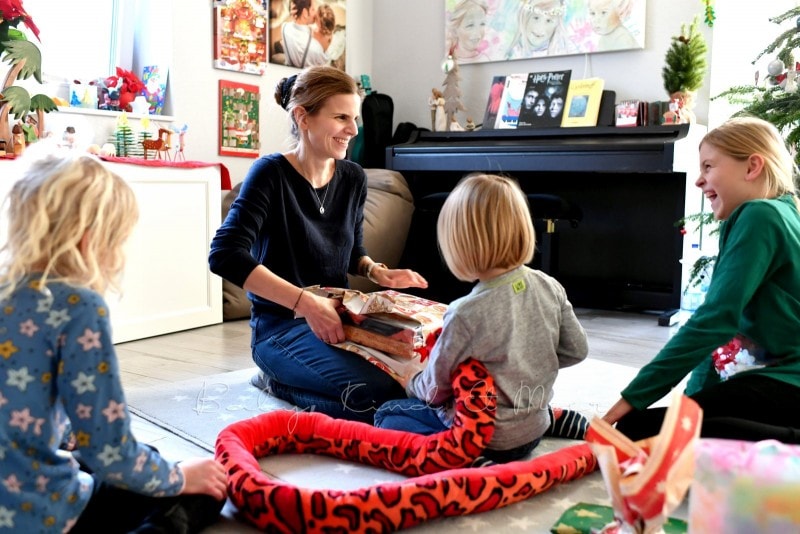 My birthday at 7+0 weeks

By the fifth week of pregnancy I was getting pretty, pretty tired. I could sleep anytime, anywhere. I got tired in the middle of the day, in the afternoon, early in the evening and therefore went to bed early, but in the morning when I woke up I was still (or already again) quite tired and exhausted. That was pretty annoying, especially since I’m usually a real bundle of energy.

It also pulled in my groin and back, tugging and pinching everywhere. Sometimes the whole thing felt like a slight menstrual pain. Otherwise I was doing very well. The only thing I didn’t like at all was the dizziness. I was just extremely dizzy and dizzy the whole time. As soon as I got up I had to stop and hold on and really slow down because then everything started to spin. And even in everyday life I always felt slightly dizzy, as if I hadn’t slept enough or had drunk alcohol the day before.

On December 5th, our wedding anniversary, I did another digital test. Around ES+22/23. This time the test showed “Pregnant – 3+ weeks” on. For me, this meant that the HCG level had increased, which I definitely found a relief. I know that none of this means anything, but it still gave me a positive feeling in the beginning.

In the morning I was hardly hungry or hungry and generally no longer wanted chocolate or sweets. Instead, I got cravings for cheese and vegetarian meat salad.

And last but not least I would like to tell you that I got spotting in the 5th week of pregnancy. However, these did not worry me immediately, as I was familiar with this procedure from all previous pregnancies. It didn’t feel good, but it was still so early and fresh that I couldn’t have done anything anyway. So we had to wait. And that’s what we did in the end, especially since I had no other complaints. 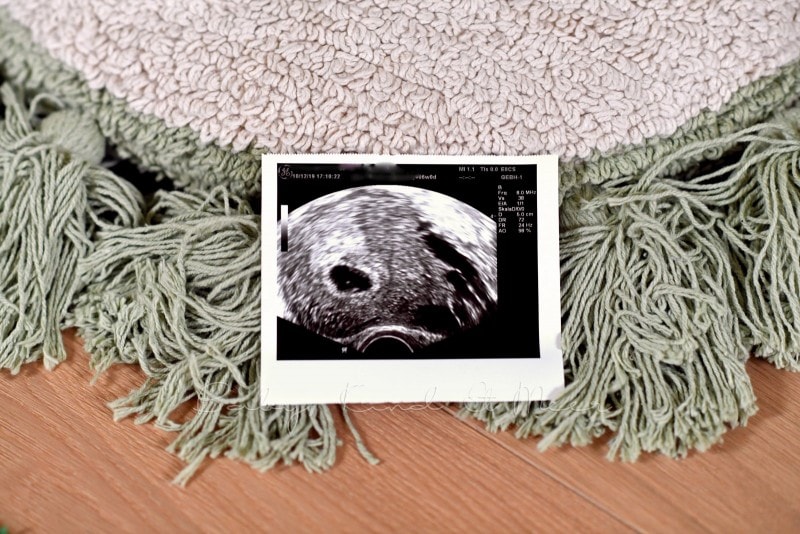 Ultrasound image in the middle of the 6th week of pregnancy, embryo 4 mm without a heartbeat

The 6th week of pregnancy: Of fears and worries

In the middle of the 6th week of pregnancy I was at an event at the Harry Potter Theater in Hamburg and suddenly got a lot of fresh red bleeding on the toilet. I was so scared that I had myself driven to the clinic. Finally, after a two-hour wait, my first ultrasound of this pregnancy took place there, which showed an amniotic sac and a yolk sac as well as an embryonic area of ​​2 mm, but no heartbeat. Another amniotic sac of 2 mm could possibly also be seen at this point in time, but it was empty. The doctor was very nice and caring and took her time. She suspected that the heavy bleeding could possibly have come from a twin system that came off. But she wasn’t sure.

I will never forget how the doctor rang and rang – left to right and right to left again – and finally said: “Honestly, I can’t rule out the possibility that there are or were two.” I didn’t expect that at all at that moment and didn’t really know what to think of it.

I was prescribed Magnesium and Utrogest and was supposed to slow down over the next few days.

About four days later, red bleeding came again, so I went to my gynecologist. There they found an 11mm amniotic sac, a 3mm yolk sac and a 4mm embryo, but still without a heartbeat, which sent me into total panic. I also had my blood drawn and my HCG level determined. As I found out two days later, it was around 21,000 at that point. That’s why you should have seen more on the ultrasound, my doctor said. But she asked me to be patient for a few more days. I shouldn’t give up. She was really very nice. Until the next date on 16.12. I felt very bad because I was terribly afraid that something might not be right.

For this reason we also got a second opinion, exactly one day later. But the other doctor only saw an embryo without a heartbeat and began to talk about a possible curettage. Micha and I were really exhausted and just didn’t want to accept the whole thing.

What made me feel positive again was that I felt very nauseous on two days in the morning, and also totally nauseous during the day. The nausea then disappeared again with the meal. I still had no appetite for sweets, especially chocolate, I couldn’t even stand the smell of it. The spotting was still there, as was the tiredness and dizziness.

The next 6 days until the next ultrasound dragged on like chewing gum. I was really happy every evening to have made another day and hoped so much that on 16.12. a heartbeat would show up on the ultrasound.

Excerpt from the hospital report

The 7th week of pregnancy: the little heart is beating!

In the 7th week of pregnancy, my real first official ultrasound finally took place, as originally planned. On the way to the doctor, Micha and I felt really queasy. We both knew NOW you just had to see the heartbeat. If he weren’t there, we knew there was a high probability it would be over.

I was really nervous and barely wanted to look when the ultrasound started. But the facial expressions of my doctor quickly told me that everything seemed to be fine. Micha was allowed to come and finally we saw the amniotic sac, the yolk sac and an embryo of 6.6 mm in size. <3 And the heart pounded! The heartbeat was really easy to see. The doctor said the heart started beating maybe 1-2 days ago. Everything was developed on time and I got my next appointment for 12/30.

What a stone fell from my heart! And Micah too. 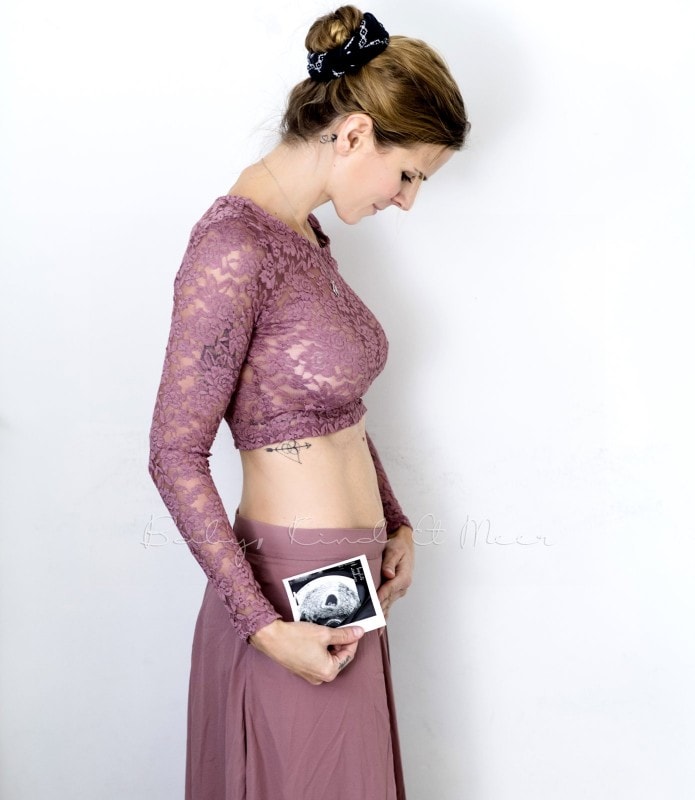 First abdominal picture in the 7th week of pregnancy

I still had spotting, but according to the doctor it was only external. The nausea was getting worse now, but it was still very erratic, it was more due to hunger or appetite. I was still very dizzy and I could still fall asleep anywhere. There were also a few strange cravings. I couldn’t have chocolate at all, but I had a craving for lots of vegetables, pickles and spinach. And when I was hungry, it was always for one very specific thing. It simply couldn’t be anything else. Everything else made me sick just thinking about it. So these cravings and altered appetites suddenly took hold of me. 😀

Otherwise I was fine and I was just reassured that everything had turned out for the better. And I really hoped it would stay that way. 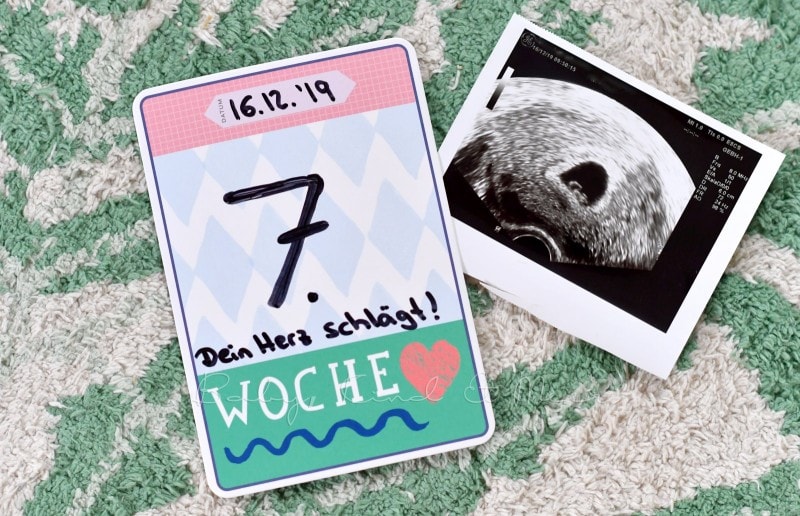 Well, those were my very personal first weeks of pregnancy. I am very curious to see if those of you who have already been pregnant or are currently pregnant will find yourself in some points. Feel free to tell!

You can also watch this pregnancy update again in moving pictures on YouTube. There we will tell you personally about the first weeks of pregnancy. <3

What are/were the first symptoms of your pregnancy? Did you also experience anxious moments? At what point were you able to really get emotionally involved with the pregnancy?

I’m really excited and looking forward to your stories!

Thanks for visiting we hope our article PREGNANT WITH PLANNED BABY NO. 4 – FROM THE 4th SSW TO THE 7th SSW – family
, think about share the article on Facebook, pinterest and whatsapp with the hashtag ☑️ #PREGNANT #PLANNED #BABY #4th #SSW #7th #SSW #family ☑️!

44 great baby names with an i ending

What is a good princess name?

What is a good princess name?