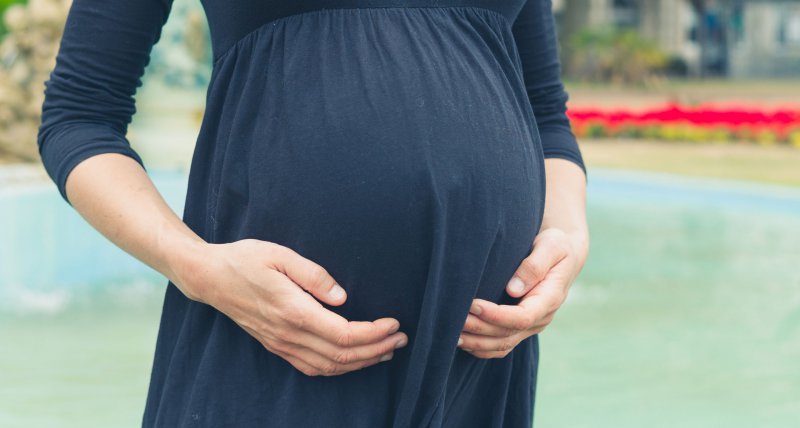 London – Induction of labor immediately is the best way to protect the mother’s health in preeclampsia. A randomized study in the Lancet (2019; doi: 10.1016 / S0140-6736 (19) 31963-4) comes to the conclusion that, despite an increase in neonatal complications, the strategy can also be justified if the child is born prematurely.

In preeclampsia, it is important to weigh up the interests of the mother and the child. If preeclampsia occurs after the 37th week of gestation, labor is usually initiated immediately, as the child is fully viable at this point. If the patient becomes ill before the 34th week, attempts are usually made to maintain the pregnancy in order to avoid extremely premature birth.

The decision between the 34th and 37th week of gestation is difficult. The children are then born immature, which can lead to serious complications. However, delaying childbirth could cause serious harm to the mother, as preeclampsia can lead to stroke and liver and kidney damage. The child can also suffer damage as a result of the impaired function of the placenta.

The randomized PHOENIX study at 46 centers in England and Wales compared the two possible strategies: 901 women with a pregnancy between the 34th and 37th week of gestation were either induced to induce labor within 48 hours (after immediate steroid administration to promote lung maturation) or randomized to maintain pregnancy.

In the end, the differences between the two groups weren’t very big. In the group with immediate induction, the children were born on average on the 252nd day of gestation; in the group aiming to maintain the pregnancy it was the 257th day. If preeclampsia sets in, the chances of getting a pregnancy over a longer period are apparently slim.

The planned induction of labor enabled vaginal delivery more often (36 versus 29%). The birth weight was only minimally lower (minus 86 grams).

Despite the small difference in the length of pregnancy, the rapid planned delivery reduced maternal risks. The co-primary endpoint of maternal morbidity or systolic blood pressure of 160 mm Hg or higher occurred in 65% of women versus 75% in the group attempting to maintain pregnancy.

Lucy Chappell from King’s College London and coworkers calculate a relative risk of 0.86, which was statistically significant with a 95% confidence interval of 0.79 to 0.94. The study had thus achieved one of its goals. Immediate termination of pregnancy can limit maternal morbidity.

For the child, however, the early birth was associated with additional risks. In 42% of the children there were complications that made treatment in a neonatal intensive care unit necessary. Trying to maintain the pregnancy brought the rate down to 34%. The relative risk of 1.26 was significant with a 95% confidence interval of 1.08 to 1.47. In the “per protocol” analysis, the difference was even greater with a relative risk of 1.40 (1.18 to 1.66).

However, there was not a single neonatal death in either group and only 10% of newborns required respiratory support in both groups. Chappell therefore considers it justifiable to induce the birth after administration of steroids in preeclampsia between the 34th and 37th week in order to protect the mothers from complications. The security of this strategy assumes, however, that a neonatal intensive care unit is available in the background in order to optimally care for the prematurely born children. © rme / aerzteblatt.de

Thanks for visiting we hope our article Planned childbirth protects mother without the child …
, we invite you to share the article on Facebook, instagram and whatsapp with the hashtag ☑️ #Planned #childbirth #protects #mother #child ☑️!