That Nipple piercing, which is also called Nipple piercing, Nipple piercing or English Nipple piercing is called, enjoys great popularity among women and men. This is not only for aesthetic reasons, it can also have a sexually stimulating effect. The healing time after the sting is usually 2 to 4 months. You can find out what you should pay attention to in the following article.

How much does it cost to have a nipple piercing?

Depending on where you want to have your nipple piercing pierced, the prices are between EUR 40 and EUR 95. How much you actually have to pay and whether the price already includes piercing jewelry and care products depends on the piercing studio you choose. It’s best to ask beforehand.

2. Procedure in the studio

Since the nipples are a very sensitive part of the body in both women and men, you should be particularly selective when choosing a piercing studio. It’s best to ask people who already have a nipple piercing, trust your gut feeling, find out more online or check our piercing studio guide. Above all, hygiene and precise work are important. All alarm bells should ring for you if the piercing studio wants to shoot the piercing with the ear hole gun. Fortunately, one rarely hears of such failures.

First of all, the nipple and of course the initial jewelry is thoroughly disinfected by the piercer. In some studios, the nipple piercing is first drawn so that it can be pierced as precisely as possible. The marking is then done while standing. The piercing itself is usually done while sitting comfortably or lying down with the head raised, so that the circulation is relieved. Most piercers then use clamping pliers to slightly tighten the nipple and to be able to set the puncture channel as accurately as possible. The stitch is then made with a sterile piercing needle. The needle then remains briefly in the nipple until the piercer, while pulling the needle out, inserts the piercing rod (barbell) into the puncture channel and then screws it.

3. Pain and Risks of Nipple Piercing

Although the nipple is a very sensitive part of the body, most women and men only feel a short, moderate pain during the piercing and then while the piercing jewelry is being used. As far as the risks are concerned, these are comparatively manageable, provided that the care instructions are followed. In rare cases, a bacterial breast inflammation (mastitis) can occur, and in exceptional cases breast abscesses can form, or the nipple piercing grows out and the nipple scars. In the first two cases in particular, a doctor should be consulted.

The nipple piercing usually heals within 3 months. However, if complications arise as it heals, it can take up to a year to heal completely. It is important not to touch the piercing, especially during the first few days and weeks, and to maintain it with Priono Piercing Spray twice a day. Within the first 10 days it is quite normal for the nipple piercing to bleed and swell slightly. The studio should use a piercing rod (straight barbell) as the first piercing, as less mechanical forces act on the piercing canal with this type of jewelry than with a piercing ring. During the first 14 days in particular, you should not do any sport that would make you sweat and you should not go to the sauna or swimming pool for at least 6 weeks after the stinging. Once the healing period is over, most people who wear breast piercings keep them permanently. This has to do with the fact that it not only looks great, but is also perceived by many as sexually enriching, regardless of whether barbells, segment clickers or other piercing rings are used. The entire product range of nipple piercing jewelry can be found on the following page:

5. Piercing the nipple yourself? D rather not! 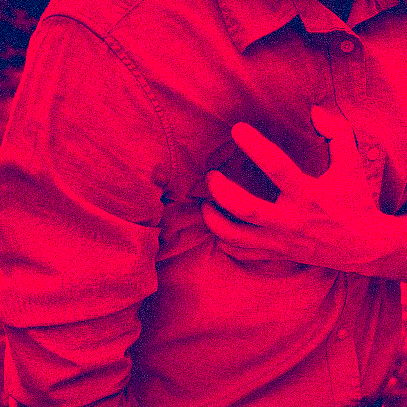 As with practically all other piercings, there are also many people with nipple piercing who want to save themselves the trip to the piercing studio and are considering getting the piercing themselves. We can only strongly advise against it as it carries great risks to your health. Get it pierced by a professional in the studio.

6. Nipple piercing inflamed – what to do?

First of all, it is quite normal for your piercing to bleed, swell, turn blue or wet within the first 10 days after it was pierced. It is important to keep the nipple piercing clean (and spray it with Priono Piercing Spray, for example) and to protect it from mechanical influences (do not touch it and avoid getting your clothes caught on it). If skin irritation can still be seen after 10 days, it is advisable to counteract with pyolysin ointment. These are available from the pharmacy without a prescription. It generally helps very well. This page tells you what else you can do if your piercing becomes infected.

Now that you’ve learned a lot about the risks and side effects of getting a nipple piercing, you may be undecided about whether to get one. But you don’t have to rush the decision, because a fake nipple piercing might be the best solution for now. It looks practically the same as a real nipple piercing, but is only clamped onto the nipple. So you cut a good figure on the beach without any risks.

8. Can a nipple piercing grow out?

This question is asked particularly frequently. A nipple piercing can grow out like any other piercing, but it is rare. If it does, it should be removed before the jewelry has moved all the way out. After it’s completely overgrown, you can then consider going to the piercing studio and getting it pierced again. Sometimes a slightly thicker rod helps prevent the jewelry from growing out. It is best to speak to your piercer directly.

How quickly do nipple piercings grow back?

If you only want to remove your piercing to avoid interference with a medical examination such as CT or MRI, you don’t have to worry. Once your piercing has healed completely, it shouldn’t be a problem to take it out and put it back in after a few hours. However, you shouldn’t take it out for longer than 2 days and only when the healing process is complete.

If you should decide that you no longer want your piercing, it can take a few months after removing it until the piercing channel in the nipple is completely closed again. The time frame varies greatly from person to person.

Opinions are divided about whether or not a nipple piercing should be masked while exercising. What is certain is that you should not do any sport for the first 2-4 weeks to avoid sweating and friction on the piercing. Afterwards, many swear by masking the nipple piercing with particularly skin-friendly plasters in order to prevent mechanical influences from the piercing during sports.

11. History of Nipple Piercing – Where Did It Start From? 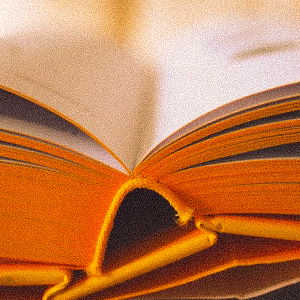 Like many piercings, the nipple piercing has roots far back. Pierced nipples were found on male members of the Karankawa Indians who lived in the Gulf of Mexico. This small Indian tribe has been considered extinct since 1858. The women of the Kabyle, a Berber people from north-east Algeria, also adorned their nipples.

The first European reports dealing with nipple piercing date from the mid-14th century. According to these reports, a new trend had seen women decorate their nipples with jewelry. At that time it had become fashionable for aristocratic women to wear dresses with a deep cleavage that were cut so wide that the breasts were exposed to the nipples.

12. Nipple Piercing Requirements – Can everyone wear a nipple piercing?

Many people have concerns that there must be a minimum nipple size in order to have a nipple piercing. In principle, however, this is not the case. It is possible to have a nipple piercing even for people with particularly small nipples or who occasionally move inward. In these cases, the nipple is carefully brought into position in the piercing studio with the help of clamping pliers, so that the piercing can be used optimally.

13. Do nipple piercings interfere with breastfeeding?

Basically, women should not have a nipple piercing shortly before becoming pregnant, because the complete healing of the piercing in the breast can take several months. Since the breast swells up during pregnancy, problems can otherwise arise. So if a nipple piercing was stung shortly before an unexpected pregnancy, it is better to remove it. There is a persistent rumor that piercing the nipple will damage the mammary glands and make breastfeeding impossible. But that is not so. If a nipple piercing is worn while breastfeeding, strict hygiene must be observed. Before breastfeeding, the piercing should be removed, then the nipple and piercing jewelry disinfected, for example with Priono Piercing Spray, and the jewelry should be reinserted afterwards.

Thanks for visiting we hope our article Piercing the nipple | Costs, risks, care
, we invite you to share the article on Facebook, pinterest and whatsapp with the hashtag ☑️ #Piercing #nipple #Costs #risks #care ☑️!

Can and could grammar?

Is James a good name?

Is James a good name?