Early detection in pregnancy is important

Gestosis is a disease that occurs during pregnancy. These include, for example, pregnancy-related high blood pressure or preeclampsia. Early detection is important in order to exclude or prevent risks. 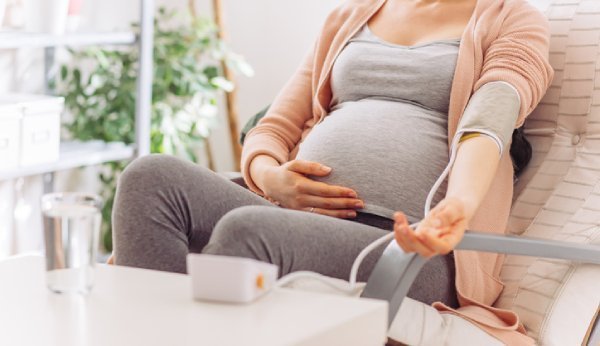 The term “Gestosis»Refers to diseases that are exclusively pregnancy-related – with a mostly unclear cause. In particular, the symptoms that occur in the last trimester of pregnancy are important for the naming of the disease.

Since the symptoms of gestosis are diverse, the symptoms are correspondingly complex. The most well-known symptoms that can indicate a gestosis include high blood pressure, edema (water retention in the tissue), severe nausea with vomiting and increased protein excretion in the urine. Migraine-like headaches, tenderness on the right side of the upper abdomen as well as visual disturbances and seizures can occur.

Neither of the individual symptoms leads to a diagnosis of gestosis by themselves. Only a detailed medical examination shows whether a gestosis can be spoken of. The preventive examinations are ideally suited to identify possible symptoms in good time. If a gestosis is diagnosed early, it can be treated well. In the case of very severe forms, which are correspondingly rare, an early delivery can be useful.

In the past, gestures in women were divided into early and late gestures. The symptoms of morning sickness with vomiting and excessive salivation that occur in the first trimester of pregnancy were referred to as “early gestosis”. The symptoms of high blood pressure, edema or seizures that become visible in the last third of pregnancy fall under the term “late gestosis” and were colloquially considered to be pregnancy poisoning, a term that ultimately implies misconceptions. The originally used term EPH gestosis, which is supposed to represent the main symptoms, is only rarely used today. What has remained, however, is that the very different symptoms of gestosis appear in women in the first or last trimester of pregnancy, while the second trimester is hardly affected.

According to the current state of research, five different clinical pictures are summarized under the term gestosis. They all have in common that they only arise in the course of pregnancy and have not played a significant role beforehand.

Preeclampsia is one of the most common forms of gestosis. “An efficient therapy for preeclampsia has not yet existed,” said the senior physician at Inselspital Bern, Dr. med. Marc Baumann in the specialist journal «Gynäkologie». The close monitoring of pregnant women seems all the more important to him.

Thanks for visiting we hope our article Early detection in pregnancy is important
, think about share the article on Facebook, instagram and whatsapp with the hashtag ☑️ #Early #detection #pregnancy #important ☑️!