And? Does the little one sleep through the night?

And? Does the little one sleep through the night?
📱

Most new parents know this question and unfortunately it expresses an expectation that is not very realistic. Hardly any other topic is discussed as controversially as the short or long sleep of babies and toddlers. Parents who do research will quickly find that there are very contradicting attitudes towards dealing with the sleep behavior of babies. The topic fills a number of books and guides, there are so-called special “sleep training programs” for babies and toddlers, there are special consultation hours for babies with sleep problems, as well as a lot of different utensils on the market that are supposed to help babies sleep better. 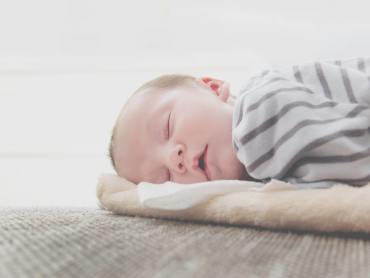 First of all, it is important to know why babies sleep differently than adults, how they sleep and how parents can learn to deal with it well.

The attachment of the child to the mother – Newborn

A sequin with a golden nose – Preschool

Christmas Markets in the City – Festivities

What does it mean to sleep through the night in newborns?

For a newborn, sleeping through the night does not mean what we adults normally understand by it, but rather: sleeping for about 4-5 hours at a time! Newborns sleep a total of about 15-18 hours a day, but mostly only in short stages of 20-40 minutes – with perhaps a longer sleep phase of 3-4 hours at night.

One often hears about these so-called “good babies” who at 5-6 weeks sleep for 8, if not 10 hours at a time! Why shouldn’t every child be able to do that? Because these babies are the exception. Babies are not made to sleep so long without a break!

Why do newborn babies sleep differently?

Newborns have been programmed by nature to wake up often for several reasons:

How do newborn babies sleep?

Babies have significantly shorter sleep cycles than adults. A sleep cycle consists of a REM and a NON-REM * sleep phase. Such a cycle lasts about 90 minutes for an adult and about half the time for a baby. Babies therefore have significantly more active sleep phases, more transition phases and shorter sleep cycles. This is the logical explanation for why babies wake up so often, and why they always take such short naps.

Your sleep has to mature slowly, but that can take “some” time – if not a few years!

Parents can also help their baby a little with this: They can make more noise during the day and make everything as quiet and dark as possible at night.

Dr. Richard Ferber, a pediatrician and director of the children’s sleep center in Boston, developed a sleep training program in the mid-1980s, which in Germany ten years later resulted in the book: “Every child can learn to sleep” by psychologist Annette Kast-Zahn and pediatrician Dr. Hartmut Morgenroth, quickly spread. This book is still very popular today and is sometimes touted as a kind of “sleeping bible” for babies. 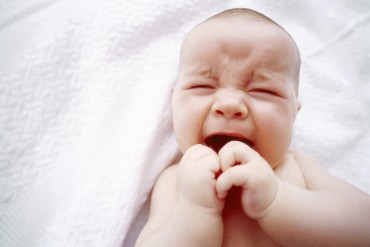 The desired goal is that babies should learn to fall asleep in their own bed in their own room alone and without sleep aid and to sleep through the night for at least 11 hours.

The baby is therefore placed in its cot at a set time in an awake state and without sleeping aid. If the baby protests as expected, the parents should wait at least 3 minutes on the first day before going back into the room. After 3 minutes you can go to your baby to show him that you are there, you can also talk to him, calm him down, but you are not allowed to take him in your arms or lift him out of his cot. After 1-2 minutes you have to leave the room again. The next time they should wait 5 minutes before going back into the room. The time the baby is made to cry is increased by 2 minutes at a time, up to 10 minutes on the first day. The second day starts with a waiting time of 5 minutes, on the third day with 7 minutes, whereby it remains on the third day, just as the maximum time is never more than 10 minutes.

Prospects for success and effects

The problem with the Ferber method is that it often achieves the desired result. Depending on the child, it can take a few days to a few weeks until they have “learned” to fall asleep and stay asleep on their own. At this point, however, one should seriously question whether it is worth striving to make a baby cry so long and so often that it is forced to give up? According to graduate psychologist Stephan Mayer: “… only then did something bad happen. The child has given up. And resignation is really not a quality of a mentally healthy person ”.

However, sometimes this method doesn’t work at all! On the website www.ferbern.de you can read testimonials from parents who testify that the Ferber method did not work at all with their children and, on the contrary, led to serious negative consequences! Some children have resisted this method so fiercely that the parents were forced to abandon their attempt and it often took a long time afterwards to rebuild a relationship of trust between them and their child!

There is also the risk that some parents will start using the method even earlier than when they were 6 months old! The book also contains some “tips” for babies from 5 weeks of age, such as introducing fixed evening meals and delaying the morning meal for up to an hour!

Dr. Ferber had already distanced himself from his own method in 1999 in an interview with John Seabrook, which was published on November 8, 1999 in “The New Yorker”, and even confessed to some of his statements (for example his negative comments about the family bed) has, he would wish he had never said that. In this article he makes it publicly clear that his method is not suitable for every family and should not be used to justify making children scream!

What options do parents have to cater to their baby’s needs while getting as much sleep as possible themselves?

One possibility that is still very hotly debated today is certainly the family bed. And yet it makes sense: you put a baby in bed with its parents and it falls asleep peacefully, snuggled close to its mother or father. When it wakes up, it only needs to open its mouth, its mother pulls it a little closer, it breasts, sucks until its hunger is satisfied and goes back to sleep peacefully. His mother hardly woke up either. She reacted before her baby was really awake, put it on while half asleep and then immediately went back to sleep. Because, interestingly, the sleep of a nursing mother adapts to the sleep rhythm of her baby! Just like her baby, she sleeps less deeply, wakes up more easily and falls back to sleep more quickly. Mothers who sleep with their children almost all report that they get more sleep and feel more rested in the morning than mothers who sleep separately from their children. And all of this without the baby crying loudly, without getting up, turning on the light, in 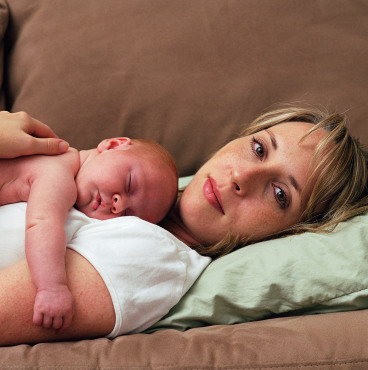 to go to another room, to calm the crying baby first and only then to breastfeed. Then it is important to bring the meanwhile awake baby back to sleep in its own (meanwhile cold bed), then go to bed again and – not be able to fall asleep again immediately. Not too long after that, the baby may cry again and the whole scenario begins all over again!

A good option for co-sleeping is offered by the cot available in stores these days, which are open on one side and can be attached to the parents’ bed on this side.

Another alternative would be to set up a separate bedroom for mother and child.

It is important that everyone involved feels comfortable with the solution that has been found and that they wake up refreshed in the morning!

The “family bed”: co-sleeping and co-bedding

The official recommendations of the “Baby-Friendly Hospital” initiative, an initiative of WHO and UNICEF

Sleeping together in the family bed is safe for the baby if the following points are observed:

However, you shouldn’t sleep in the same bed with your baby if you (or someone else is in bed)

In conclusion, one could conclude that babies sleep differently than adults for biological and physiological reasons. It is certainly not easy for young parents to adjust and …

Thanks for visiting we hope our article And? Does the little one sleep through the night?
, don’t forget to share the article on Facebook, twitter and whatsapp with the hashtag ☑️ #sleep #night ☑️!

Why is India a popular name?

Why is India a popular name?