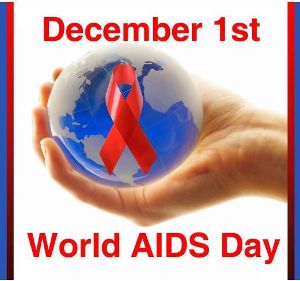 THE POINT OF THE SITUATION

Unaids (United Nations Joint Program on HIV and AIDS) registered a worldwide decrease in new HIV infections compared to 2001, 700 thousand fewer and a 25% drop also among deaths.
It is an encouraging result, but in the world in 2011 anyway, they are 34 million people living with the HIV virusof which 3.3 million children. And it is precisely the infections contracted by children in large decline with a reduction of 24% in the last two years. 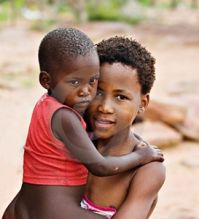 Even in countries such as Kenya, Burundi, Togo Zambia and other countries that the reduction in 2009 and 2010 was 40%.
But, very seriously, 1 in 4 of the positive serum (34 million) does not know its state and in Eastern Europe, Central Asia, the Middle East and North Africa, the data regarding new infections and deaths are increasing.

In Italy there are about 11 infections a day, especially among heterosexuals between 35 and 45 years (it is no longer a disease only of drug addicts or homosexuals), 75% men. Unfortunately, these people often do not know that they have contracted the infection and treatment begins when the immune system is now compromised.

The HIV virus can be passed from mother to baby during pregnancy, childbirth, or through breastfeeding.
Unfortunately, it is not possible to give an HIV-positive woman who wishes to have a child a definitive answer on the risk of infecting the child.
The good news is that HIV treatment can dramatically reduce the risk of passing HIV to your baby. With effective HIV therapy that can reduce viral load to an undetectable level and a planned and medically managed delivery, the risk of a woman passing HIV to her child is extremely low.

Therefore let’s not let our guard down and we do the test, those who discover they have contracted the infection must know that they will certainly have a more complicated life, but will not die from HIV, will have to follow the treatment forever, which will be all the more effective the earlier it is started . Furthermore, knowing that you are serum positive is an ethical duty, as not knowing it could infect unaware people.

Let’s not forget that every person deserves solidarity. Discriminating a human being because he has contracted the virus constitutes a violation of human rights and is a sign of profound immaturity. The silence and fear surrounding this disease contribute to its spread.

girl’s name to Niklas and Jonas