Adolescence: the best books for parents to read 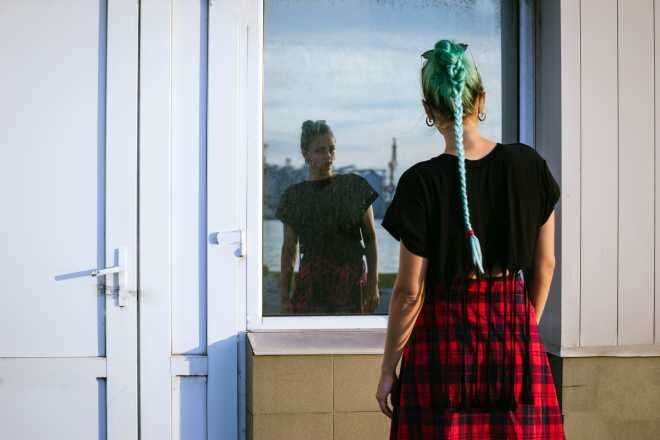 What are the best books for parents of teenagers? When does adolescence begin? What are the signs of its beginning?

Pregnant despite a negative test: 5 reasons why

We will try to answer these and many other questions from worried and aware parents with today’s article, with which we want to talk to you about all the information we have collected since you became a mom (or dad!), We decided that we would read all the best books on adolescence, in order to be prepared to manage this difficult period.

So if you are looking for specific advice on adolescence and on best books for managing relationships with teenagers, this post is exactly for you.

Adolescence is the period of growth that leads from infancy to adulthood and it is undoubtedly the moment that most worries every parent.

A teenager he is no longer a child and is not yet an adult and this state of transition, suspended in the limbo of uncertainty, can lead to the rise of numerous problems.

These problems often seem insurmountable for families, afraid of not having valid tools for understanding and guiding their children.

In this article we will therefore try to understand together what we are really talking about when we talk about adolescence and how to get out of it unscathed while maintaining a certain balance, personal and family.

When do we enter the adolescent period?

As explained by the Italian Society of Adolescent Medicine, ladolescence is divided into 3 different phases:

What are the changes that characterize adolescence?

Apart from theevident sudden growth, There are many changes that are set in motion with the beginning ofadolescent age.

The development of abstract thinking in the adolescent

This is the the adolescent’s ability to think about the possible, as well as on the concrete.

The child does not have this capacity for abstraction, he is able to reason only and exclusively about the concrete world that appears before his eyes.

It is for this reason that we often make mistakes in reproaching our children for some lack of attention or prudence.

When we tell them things like “do you realize what could have happened?”, The answer we should give is: no, they don’t realize it, simply because the child does not possess cognitive abilities of abstract thinking. He can reflect only and exclusively on the world in front of him.

This is the main cognitive change that starts with adolescence. Adolescence develops the ability to reason in an abstract way, on the possible as well as on the concrete, and develops an intellectualization that allows you to begin to put reasoning at the basis of your requests.

Adolescence and the definition of a new identity

From an identity point of view, the onset of adolescence is like a new birth: the adolescent abandons everything he had acquired in childhood to build a new personality, adequate to the cognitive development achieved.

Must answer the question “who am I? ” and it is a far from painless mechanism because the dominant feeling is there fear.

The teenager feels at the mercy of the unknown, finds it difficult to let go of the certainties acquired during childhood but at the same time anxiously tries to assert itself in the adult world, without yet knowing what its true position is. It is for this reason that teenagers often feel sad or depressed.

Adolescence and acceptance of a new body with sexual characteristics

In a very short time, a teenager finds himself having to understand the functioning of a completely new body, with new sensations, stimuli and impulses never experienced before, often perceived as a perfect stranger.

The search for balance and acceptance of developed sexual characteristics is a key factor during adolescence, because these changes do not all occur at the same time and it can happen that the adolescent perceives them as a distortion that disfigures his image.

What problems might a teenager have to watch out for? 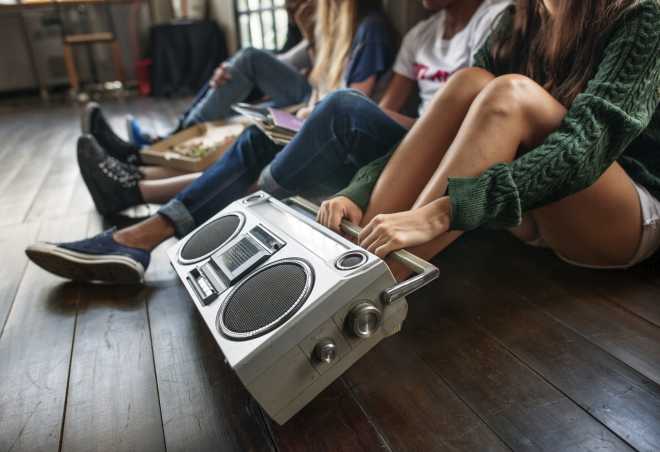 From the above it is clear that adolescence is almost never a period that passes without causing disturbances or real emotional earthquakes.

If we tried, as adults, to imagine waking up one fine morning and having to question everything we have been up to that moment, we would certainly better understand what torment must be stirred in the heart of those who are facing this difficult period.

After all, there is not much difference: whether we are talking about leaving childhood, or rather the adulthood we have reached, in both cases it is a question of re-creating a person completely from scratch. With only one variable: as adults we would certainly have many more tools, which kids at 10 don’t have.

So if you are wondering what are the symptoms of adolescence to watch out for, always keep in mind that while talking about a moment of growth that certainly presents characters of subjectivity, because boys are not all the same, generally the indicators of an ongoing adolescent unease are:

How should we behave with adolescents?

This is the main question, to which we all would like to have a single and definitive answer.

But as we should have learned by now, the children do not come with the instruction manual and therefore there is no one who can tell us definitively. how to deal with an adolescent child.

What we can do as parents is to study and document ourselves as much as possible on this delicate moment of growth, proposing how allies ready to intervene in case of need but also with the awareness that there will be times when our children will not need us at all and, indeed, that their removal represents exactly the ultimate goal of this particular moment.

Books recommended for parents of teenagers

There are a number of specific reading recommended for parents of adolescents which are perfect from the point of view of specific training for this moment of family growth.

Let’s see them below.

And now that’s enough! Advice and rules for facing the challenges and risks of adolescence.

AMAZON AFFILIATE LINK: And now that’s enough! Advice and rules for facing the challenges and risks of adolescence 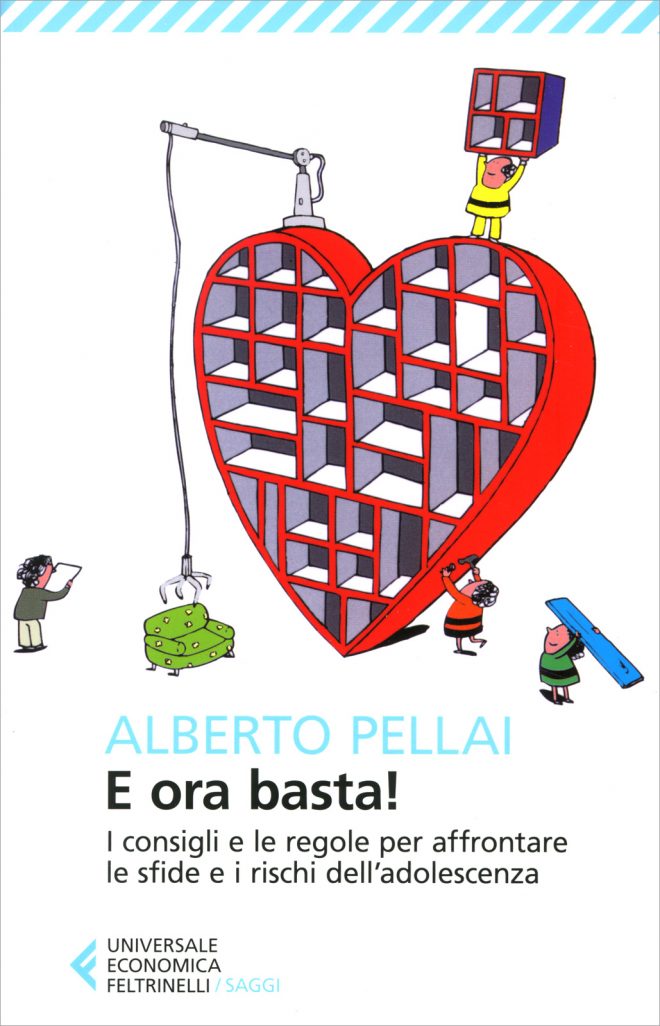 This book of Alberto Pellai for Feltrinelli the project of dialogue between parents and children already inaugurated in his previous texts.

In addition, it offers a lot of information and food for thought on how to manage the conflictual relationship with adolescent children. After all, Pellai certainly needs no introduction, he is an undisputed authority in the field of pediatric and adolescent medical literature.

AdoleScienza: manual for parents and children on the verge of a nervous breakdown

AMAZON AFFILIATION LINK: AdoleScienza: handbook for parents and children on the verge of a nervous breakdown 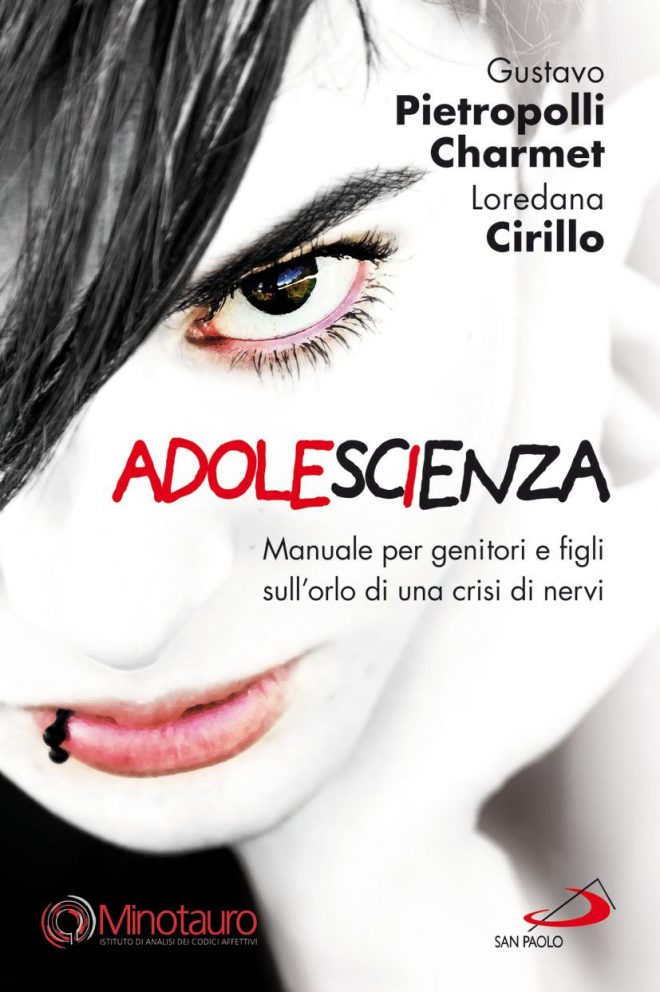 How should you deal with a teenager who tells lies?

Yes can he read a teenage son’s secret diary or check his cell phone?

In this book by Gustavo Pietropolli Charmet and Loredana Cirillo, published by San Paolo Edizioni, written in a very direct and simple language, all the main questions that crowd the minds of parents, providing practical solutions to the resolution of the most common conflicts taking place in everyday life.

Tuscany with children: between Leonardo’s house and the Sword in the Stone