A tradition, a ritual and a family game that recurs every year and that has very ancient roots and consequently, in many Italian cities, we find museums and traditions that trace their artisan and artistic history. 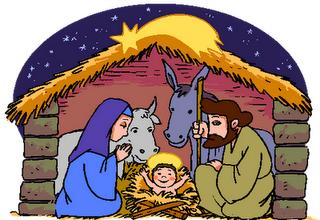 THE CRIB IN ITALY

The most famous nativity scene is the Neapolitan one which refers to the eighteenth-century tradition and has remained unchanged over the centuries, splendid examples can be observed at the Royal Palace of Caserta or the Museum of San Martino

In Milan we can instead see the biblical crib of Baggio created in the 60s while in Rome there is the International Museum of the crib of Angelo Stefanucci.

The most particular tradition is perhaps that of the Rimini sand nativity scene, destined to crumble at the end of the holidays to be reborn the following Christmas.

In many Italian towns and cities we also find the tradition of the living nativity scene, a representation with characters in flesh and blood of the stories around the nativity, in some cases the entire journey of Mary and Joseph from Egypt to Bethlehem for the census, the search for shelter for the night, the notables of Bethlehem, Roman soldiers and the whole population are represented.

So not only the moment of birth, but also everything that surrounds the event. As in the case of the living nativity scene of Agira in the province of Enna which involves the whole town.

Among the most famous there are also the living nativity scenes of Canosa di Puglia, Petrignano d’Assisi, Custonaci near Trapani, and Villolongo in the province of Bergamo.

THE CRIB IN TRADITION

So the nativity scene is clearly part of our Italianness from north to south, adults like it and children like it a lot too, there is the preparation of the scenario, the placement of the characters and, as the holidays follow one another, the evolution of history. 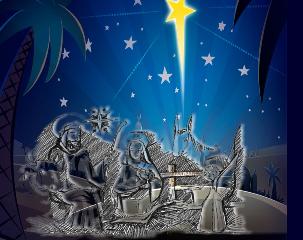 To follow the tradition even in the dates, the crib must be prepared on December 8, the feast of the Immaculate Conception, with the hut empty, but all the characters such as the shepherds, the artisans intent on their daily chores already in their place, waiting. A few days after the 25th we place the comet on the hut and on December 23rd Mary and Joseph appear.
On the night between 24 and 25 December, of course, the Child Jesus arrives and on 6 January they make their appearance, to pay homage to the King of heaven, the three Magi.

We can set up this scenario with statuettes that perhaps have belonged to the family for generations or do it at home with recycled materials, the important thing is to do it all together, as a family, remembering the tradition and the meaning of the Messiah’s arrival with his gift of hope. .

To learn more and for some suggestions on how to prepare a DIY nativity scene www.bambinopoli.it/Natale/Presepe.php

What names are banned?

What names are banned?