The child does not want to eat: 10 tips

“My child does not eat”, “My child eats very little”: how much anxiety comes to the mothers of one-three year old children who do not want to eat! Nostrofiglio.it asked the Paediatricians Cultural Association for help and found out what can be the reasons for not and how to behave

If the child does not want to eat

At the top of the list of maternal worries (and anxieties), a place of honor is reserved for the baby’s nutrition.

‘He does not eat!’, Declined in infinite variations between ‘nothing’ ‘very little’ and ‘not enough’, is a sort of refrain among mothers that accompanies (almost) every phase of the child’s growth.

Generally, the first difficulties appear after weaning, reaching the maximum expression of the fight against the spoon in the period between 2 and 3 years.

‘But why does he make such a fuss now?’ it is a question that haunts many mothers and, in the end, often the ‘no’ of the child at the table is branded as yet another ‘whim’. But in reality this is not the case at all. This was supported by Stefania Manetti, a family pediatrician from the Cultural Association of Pediatricians, Acp. 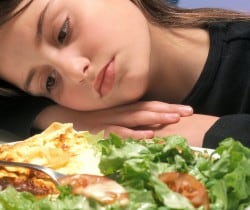 10 rules for re-educating picky children at the table, at the Bambin Gesù Hospital

1. Does the child refuse food? It is a phase of growth

“The refusal of food is linked to a phase of the child’s growth, the ‘terrible two’, as the Americans say, which lasts up to about three years. In this age group, the little one begins to perceive himself and it builds its identity by affirming its presence in the world also through opposition “, explains the pediatrician.

Basically, the ‘no’ period reflects the gradual (and slow) process of detachment from the mother (which begins around 8-9 months) towards ever greater autonomy.

Stubbornness, therefore, is not a whim but a positive (and normal) sign of the growth path. The parent should not, therefore, consider every reaction and behavior of the child as an unreasonable tantrum.

“Nutrition is not something in itself, it is important that it is inserted in the context of the relationship between child and adult. This is the key point. At the basis of everything, what counts is the maternal responsiveness, that is the mother’s ability. to respond to the different needs of the child in the best possible way. In this way, she is a ‘good enough mother’, according to the theories of the English psychoanalyst DW Winnicott, – says the pediatrician.

2. During weaning, it’s okay to let him mess around

During the weaning period (after 6 months), the little one is prone to taste and discover different flavors if the parent introduces new foods correctly, not forcing it and letting it mess.

“In this first phase, it is important to propose everything and if you are convinced that it is right, generally the little one accepts the news willingly. It is also advisable to let him experiment and touch the food”, says Stefania Manetti Acp Campania.

“If the mother indulges him and lets him mess it up, it makes it easier for him to slowly understand his state and understand if he is hungry. Thus, he feels autonomous and also feels that the adult has recognized his autonomy.

With an approach of this type, it is difficult for the child around the age of 2 to eat almost nothing “, says the pediatrician.

3. If you don’t want to try a new food, don’t insist but then try again

It is very important to put a good variety of foods on the table, inviting the little one to discover different tastes. “If he refuses and does not want to know at that moment, it is good to accept it and not insist.

But be careful, before decreeing, for example, that he does not ‘absolutely’ like lentils, it is necessary to offer them at least 10 more times in subsequent meals “, explains Stefania Manetti.

4. Set a good example and smile. The baby looks at you

The eating habits depend, to a great extent, from what the child perceives and sees around him.

In fact, ‘leading by example’ plays a central role during every stage (and aspect) of growth. Because in the first years of life, the child learns precisely by imitation and example.

“So, if the parent smiles while eating the vegetables and shows that he appreciates them, the child will also be more inclined to taste them. In short, let’s not forget that everything is very much linked to the relationship between adult and child”, says the pediatrician.

5. “Look at that beautiful red tomato!”

When the child sees parents at the table who appreciate and eat a certain dish with gusto, he is encouraged to try it. “It makes no sense to say to the little son: ‘Eat this because you grow up well!’ – says the specialist.

Such a statement has no meaning for a child. What works instead, for example, is to exclaim: ‘Oh, look at that beautiful tomato, it has a really beautiful red color!’

6. Do you eat little? Do not worry

According to the pediatrician, the fear that the child will never eat enough should be overcome, while it would be appropriate to worry about the opposite question. In short, it is not good for health for the child to swallow!

“Childhood obesity is very widespread, even in Italy, and in all the so-called industrialized countries, it is not a problem to be underestimated”.

What will your son be like? Here’s how to know

The child does not want to eat: 10 tips