Lactoferrin is a protein found in breast milk, which is also found in saliva and tears. It is important because it has an antimicrobial action and protects newborns from gastrointestinal infections.

Lactoferrin and the immune system

There lactoferrin it’s a glycoprotein which is naturally contained in abundant quantities in the breast milk, and especially in the colostrum, the secretion that the newborn eats in the first days of life, which favors the development of beneficial bacteria of the intestinal flora and strengthens the immune system.

Traces of this particular protein are also found in other fluids, such as saliva, tears, mucous membranes and immune cells that counteract the proliferation of fungi and bacteria within the body.

It was discovered in 1939 in cow’s milk and its immunostimulating, antioxidant and anti-infective properties were immediately evident. 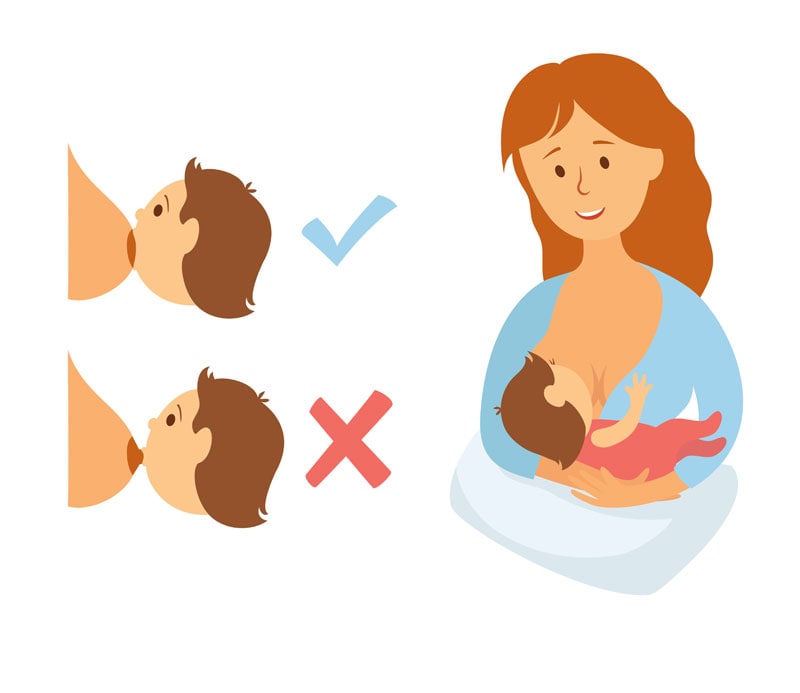 The positions for breastfeeding

How to find the correct position for both mother and baby for breastfeeding? Apart from the four traditional positions, recommended by the consultants of La Leche League, here they are …

There lactoferrin it is a protein found in the milk of all mammals, including humans. The breast milk it contains about 2 grams per liter. Lactoferrin, which is also found in saliva and tears, is known for its antimicrobial action and because it protects babies from gastrointestinal infections. Lactoferrin has recently been re-evaluated for its antioxidant, immunomodulatory and anti-infective properties.

In fact, lactoferrin is a good reserve of iron and it seems that it contributes to the functioning of the system immune against some types of external bacteria (antibacterial function). However, the European Food Safety Authority (EFSA) specifies that this substance cannot be attributed to the ability to defend the organism from pathogens since the scientific evidence available is not sufficient.

Lactoferrin: where it is found and its functions

There lactoferrin is found:

There are many beneficial functions of lactoferrin:

There bovine lactoferrin it is included in the Ministry of Health document “Other nutrients and other substances with a nutritional or physiological effect” and in particular in the list “Substances with defined maximum daily intake”, which for this substance is 200 mg.

In addition to being excellent iron reserve, bovine lactoferrin seems to have others beneficial properties for the human body, including contributing to the body’s natural defenses put in place by the immune system against various bacteria that can come from the outside world (antibacterial functions).

Bovine lactoferrin taken via supplements it is generally well tolerated by the body in both adults and children, but be careful not to overdo the doses because it could cause

In pregnancy is feeding time the intake of lactoferrin through thesupply (cow’s milk) is safe, while it is recommended to avoid taking it through supplements. In fact, we do not yet know what effects a greater consumption of lactoferrin can produce during pregnancy and breastfeeding.

There lactoferrin is contained in breast milk and thanks tobreastfeeding helps to increase the immune defenses of the newborn as it represents the main defense for the bacterial and viral infections in children (and not only) because it is able to stimulate an innate immune response in them.

Lactoferrin also promotes the development of beneficial intestinal bacteria which help prevent colic in the newborn, but not only. Lactoferrin contained in breast milk, especially in colostrum, protects newborns from infections as their immune systems …