Baby’s vision: see how he sees from 0 to 12 months

How does the newborn see the world? No matter how much all the senses are formed inside the mother’s belly, the baby’s vision is born immature and develops little by little until the 12 months of life.

To clear up the doubts of the curious papals, we simulate images that represent the vision of the little ones until they complete their first year. Check it out: 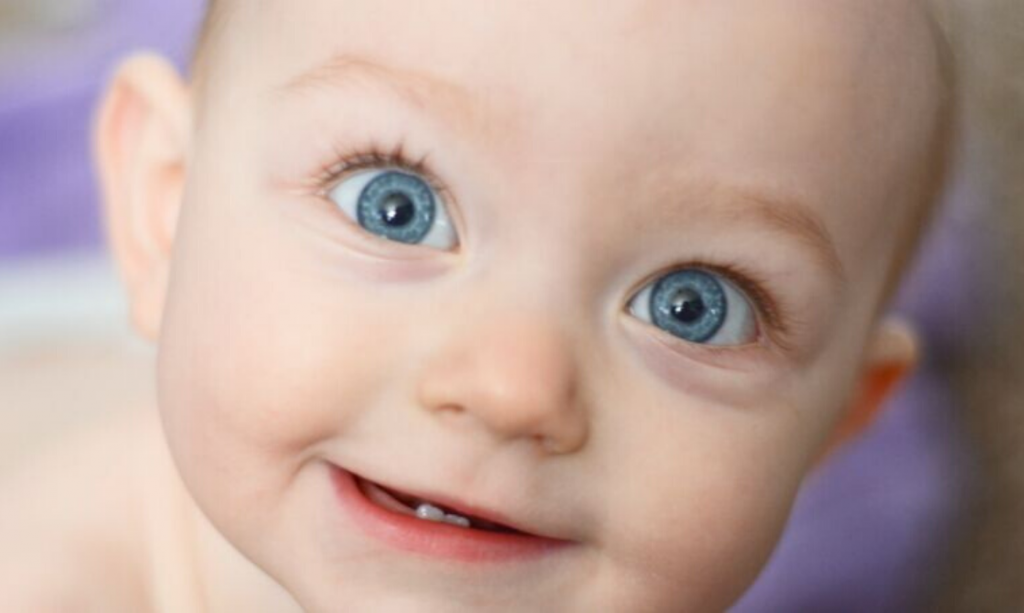 At birth, baby’s vision is still limited and he can only focus on something if he is 20 or 30 cm away. This means that when he’s breast feeding, he can see his mother’s face.

Even so, the first images displayed in the visual cortex of the little ones are in black and white and very blurred. 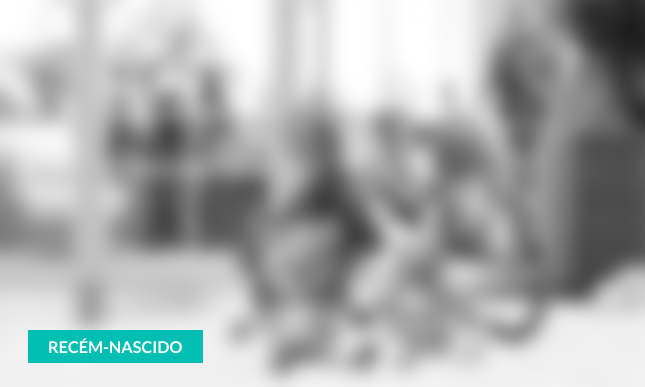 A month old baby is still practicing his vision and may become “cross-eyed” quite often. He’s already learning to focus on both eyes at the same time and his little eyes can be fixed on his mother’s face for a while. 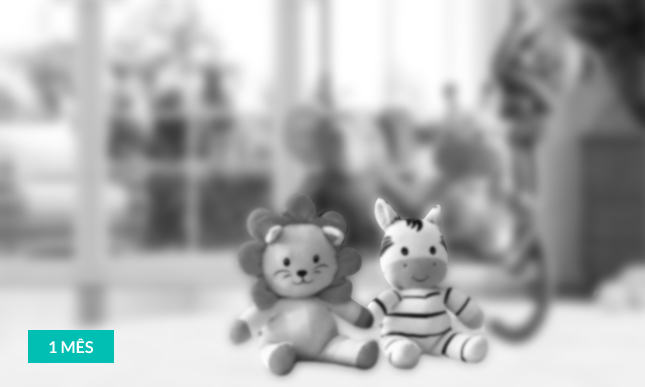 With two months, the colors begin to appear, the first of which is red, even though the vision remains opaque. Until two months he has already learned to follow a moving object with his gaze.

Between two and four months of age, however, the differences between the colours become clearer, and the baby begins to distinguish similar shades. 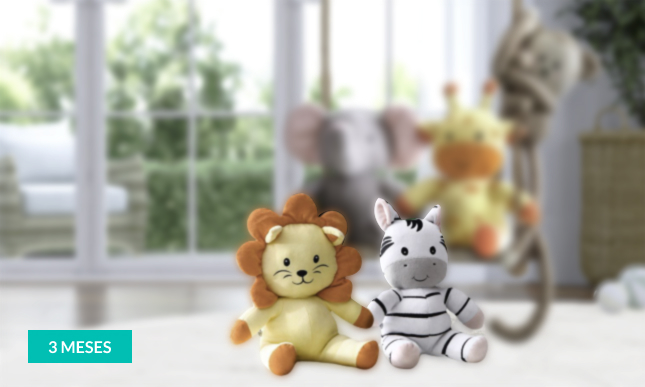 At that stage, the little ones begin to develop depth perception, which helps them to know whether something is near or far.

You also get better control of your arms, so the visual development happens at the right time to help you try to pick up things as intriguing as mum’s hair, earrings or glasses. And what strong little hands, right Mum? 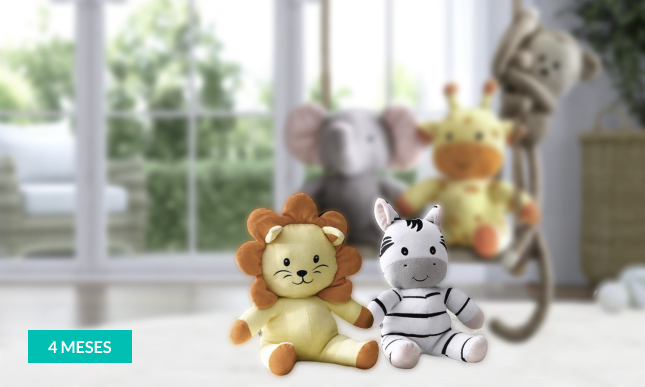 Most 5-month-old children have already learned to distinguish between basic colors and are now beginning to observe the small differences between pastel shades.

They are also able to recognize an object by seeing only a part of it, which makes hiding/hiding much more fun. 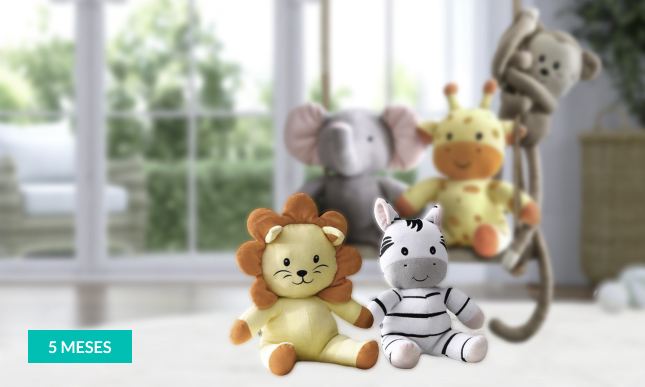 Now the range of vision will be almost ripe! The strokes become even sharper and baby can now differentiate between familiar faces, such as his father and mother. 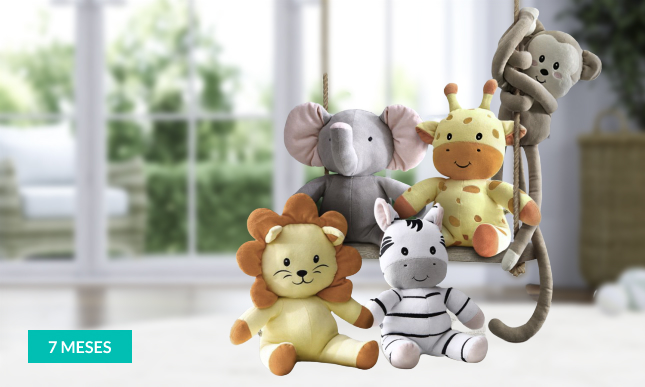 Now, the baby’s vision is almost the same as an adult’s in terms of clarity and depth. Both the strokes and colours of the images are more precise and baby sees even further.

Although his close-up view is still better than the one from afar, he can already distinguish and recognize a person who is on the opposite side of a room, for example.

The color of your eyes is also practically defined, although you may have some changes by the age of three. 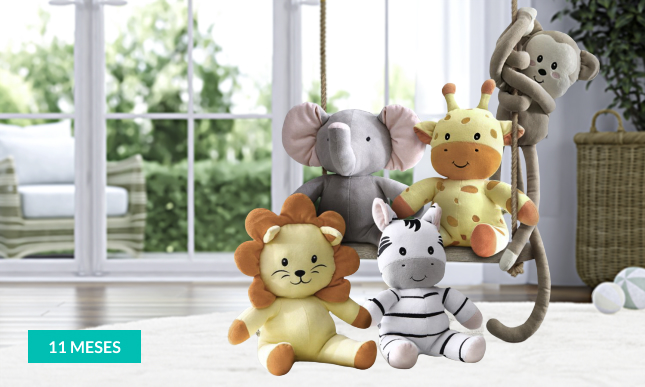 Yahoo! The baby can already see very well details of his parents’ faces and the environment around him. 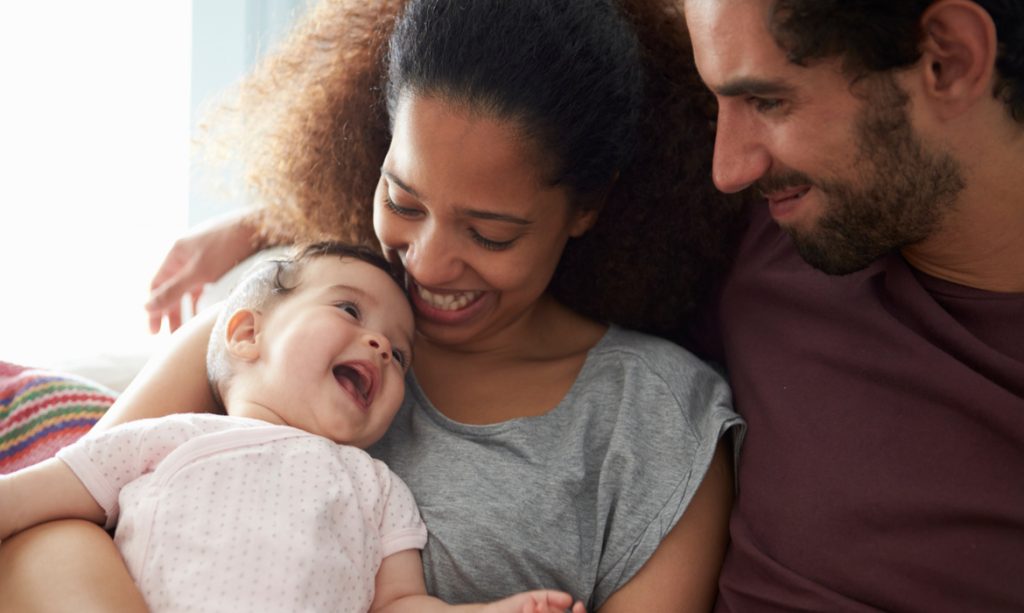 At birth, it is very important for the little one to take the eye test, which is still done in the maternity ward. This test rules out diseases such as congenital cataract, glaucoma and retinoblastoma.

After five months of age, parents can observe if the baby still becomes cross-eyed or has difficulty following objects with his eyes. In addition, experts recommend that children under the age of one and a half should not be exposed to screens such as television, mobile phones and tablets.

Any suspicions should be reported to the pediatrician during routine visits. Begin to observe if: 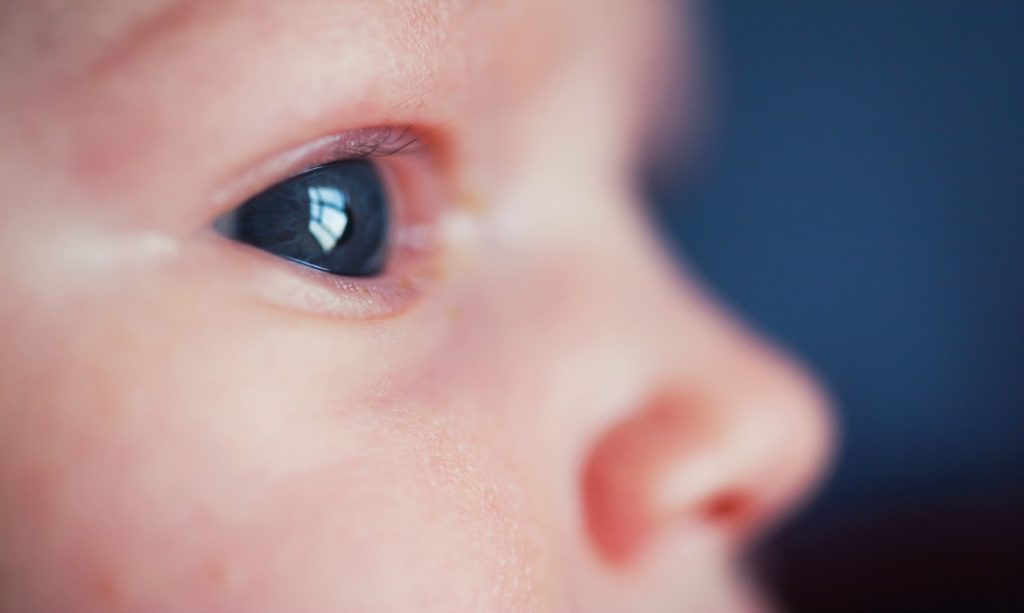 How to stimulate baby’s vision

Do you know what is the most interesting sight for the baby in the first months? Mommy’s face! So, have a chat with her love and watch her interact in conversation.

As he grows up, try out toys and dolls in different colors and shapes. Making movements horizontally and vertically helps greatly to stimulate his vision. 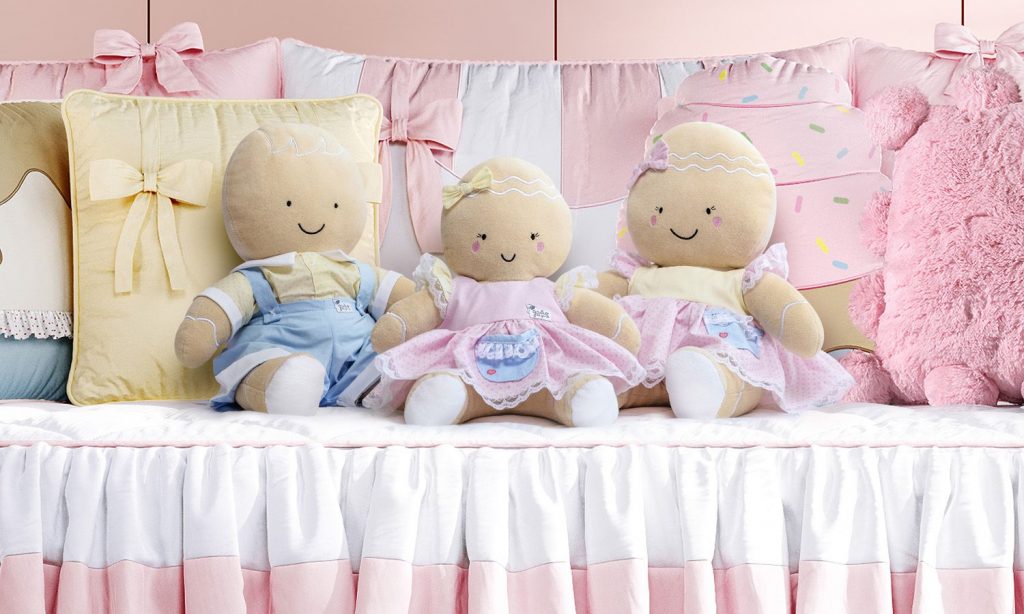 The mobiles hanging from the cradle also attract the child’s attention. So don’t waste time investing in these objects! 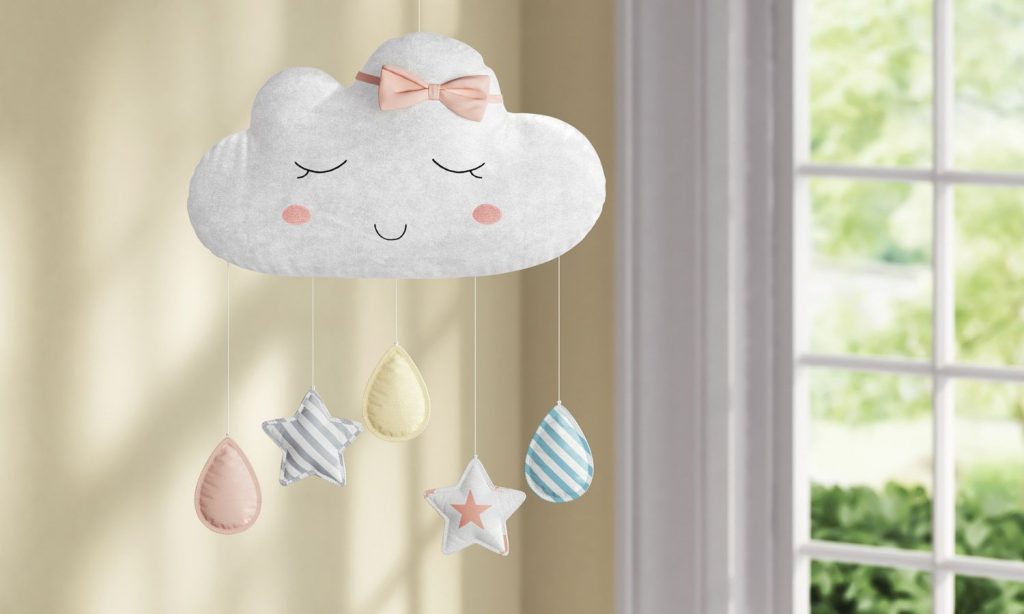 This phase of discovery is a delight! Enjoy every moment with your love and have fun with it! 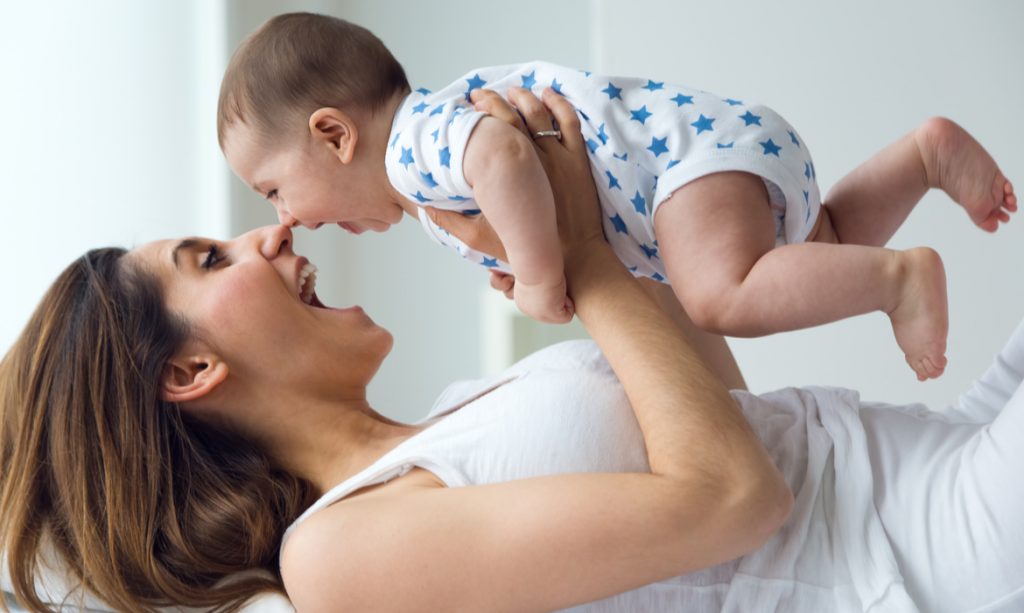 Baby’s vision: when does it start to develop?

Why do babies surprise some people?

All you need to know about baby’s breathing

How to have an organized and lighter routine