Since many Turkish families moved to Germany as guest workers from the 1960s to the 1980s, Turkish names have become part of our everyday life and are often represented.

Maybe you or your partner have Turkish roots and you are about to decide whether your boy should get a Turkish first name and if so, which one?

What are the most popular Turkish boy names?

What do you pay attention to when naming in Turkey and what are the special features of the spelling of the Turkish language?

In this post you will find the answers and many beautiful Turkish first names including their meanings and origins.

Turkish boy names – some info about the Turkish language 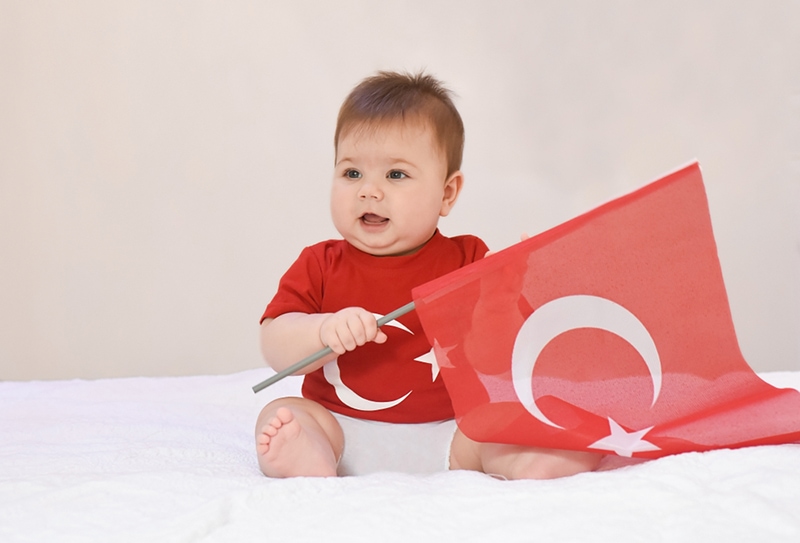 In addition to Turkish, it also includes, for example, Azerbaijani, Uzbek, Turkmen, Tatar and other languages. Some are critically endangered.

Before the invading Turkic languages, Persian and Sogdian were widespread along the so-called Silk Road to China, from which many loanwords were taken.

But New Persian was also influenced by the Turkic languages.

Similarly, many words have been adopted from Arabic, although Turkish is not related to Arabic.

Not only in Turkey, but also in Cyprus, Turkish is the official language alongside Greek and also in Romania and Kosovo.

For around 75 million people worldwide, Turkish is the mother tongue.

Incidentally, the Turkish language has a similar property to German, namely that combinations of two or more terms are common.

There are so-called “speaking names” in Turkish, which are composed of several terms, such as Demirkan, which means “iron blood”.

Turkish boy names – what to watch out for 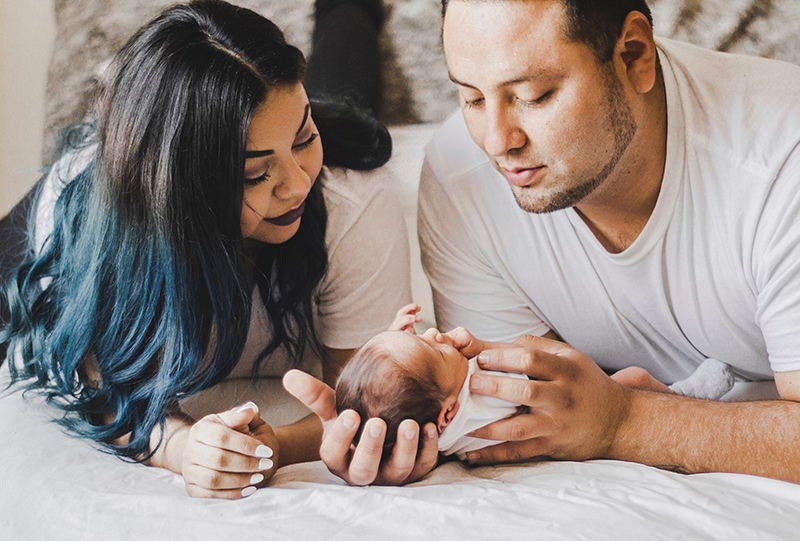 Turkish first names are either of Old Turkish or Arabic origin. Above all, parents who are religious give their children names from the Koran.

For example, one should choose nice names, as the Islamic founder and prophet Mohammed had already announced.

It is better not to fall back on any of the 99 names of Allah and not to choose angel names.

It is also frowned upon to ascribe such qualities to the child by name that it cannot have. Nowadays, however, many people take it easy.

What is special about Turkish and Old Turkish names is that they can often be both male and female, since gender is not expressed grammatically in Turkish.

There are many unisex first names for which it is not easy to recognize the gender of the name bearer from the spelling.

With first names that have been adopted from Arabic, this matter is much easier, as there are grammatical differences in the Arabic language and female first names, for example, often end with -a or -e, such as Leyla or Ayse.

You can get a more detailed picture of first names of Arabic origin in the articles on Arabic boy names and girl names.

Turkish names can be very poetic and romantic. For example, many contain the syllables gül (“the rose”) or ay (“the moon”).

They also look interesting when written, because there are special characters in Turkish such as ş ğ ç, but also vowels with umlaut ä ü ö.

These spellings are still uncommon in German, but they are also not completely unknown.

When it comes to pronunciation, you should also pay attention to some special features, such as not pronouncing the ı sign.

If neither you nor your partner speak Turkish, native speakers can help you pronounce it correctly. 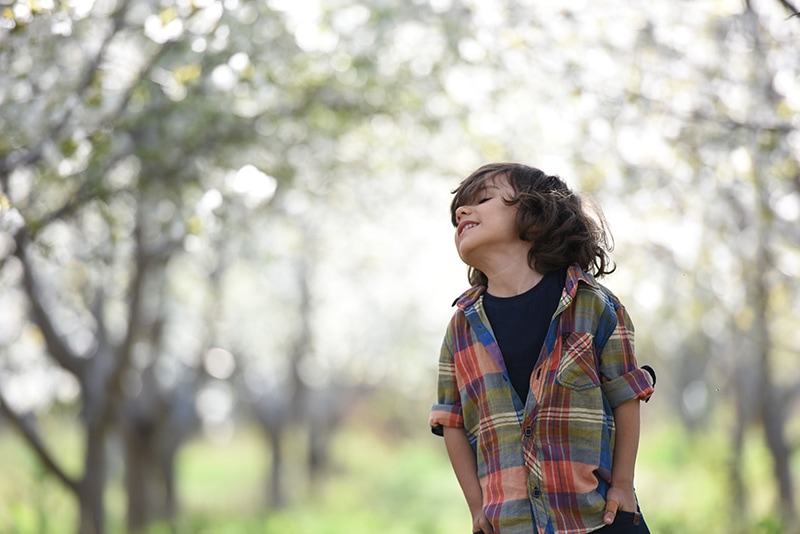 Here you will find 80 baby names that are of both Turkish and Arabic origins.

Among them are beautiful and suitable first names for nationally connected people of Turkish origin as well as for believers, but also for those who would like to give their child an oriental and international name at the same time.

1. Adem – Turkish form of the original Hebrew name Adam, which means “man”. On the other hand, the Hebrew word אֲדָמָה (‘adamah) means “earth”.

According to the Old Testament, the first man was finally created out of earth by God.

2. Adilcan – This is a combination of the words adil and can. Adil comes from Arabic and means “just, honest”, while can is taken from Persian جان (jan) and means “life” or “soul”.

3. Ahmet – Turkish variant of the Arabic name Ahmad. It means “the most praiseworthy” or “the most worthy of praise” and is, in terms of its meaning, an extension of the name Hamid.

6. Ali – name common in Arabic, Turkish and many other Turkic and Asian languages, which comes from the Arabic language and means “exalted” or “noble”.

7. Aslan – The name is common in the Turkish languages, including Kazakhstan and Azerbaijan. Arslan means “lion” in Turkish.

Well-known bearer of the name is Malik Ayaz, who went from slave to army general of Sultan Mahmud Ghaznavi in ​​the 11th century and around whom numerous poems and stories have grown up.

9. Bakir – Turkish form of the Arabic name باقر (Baqir), which means “to tear open” or “to slice open”.

Muhammad al-Baqir was the name of the fifth imam of the Shia Muslims, who followed a series of twelve imams. Shiites are common in Iran, among others.

10. Baris or Barış – This Turkish name has the beautiful meaning of “peace” or “unity”. 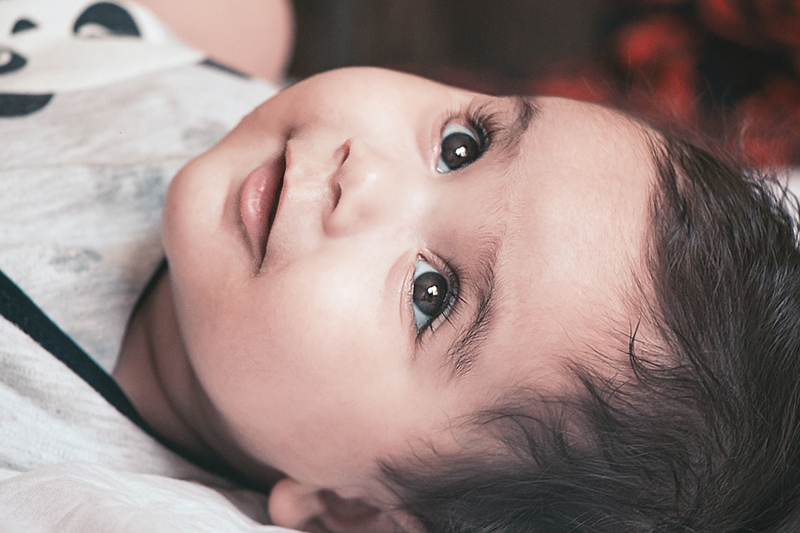 11. Bilge – Turkish name given to both women and men and means “wise”.

13. Burak – The name comes from the Arabic براق (Buraq), which in turn is derived from the word برق (barq) and means “lightning” or “lightning fast”.

According to Islamic tradition, this was the name of the horse that brought the prophet Muhammad to the kingdom of heaven.

14. Caglar or Çağlar – This Turkish name has the unusual and poetic meaning “the waterfall” or, more precisely, “vivid like a waterfall”.

15. Can – This Turkish name means “life” or “soul”, which is a loan word from the Persian language.

16. Canberk – This is a combination of the Turkish words can and berk, which means “hard”, “firm” or “strong”, so that the name stands for a “strong soul”.

17. Celal or Celâl – A name particularly popular among Kurds, derived from the Arabic name Jalal and meaning “greatness” or “grandeur”.

18. Cem – The Turkish variant of a name from Persian mythology, when King Jamschid ruled Iran in the Golden Age, who was called Yamah Xšaitah in the Proto-Iranian language.

The word Yama in Sanskrit means “twin” and Xšaitah means “bright” or “shining”.

19. Cengiz – This is the Turkish variant of the name Genghis (or English Genghis).

The most famous name bearer is the Mongolian ruler Genghis Khan, who united the tribes and created a great empire and was actually called Temüdschin (“the blacksmith”). Genghis means “universal ruler”. 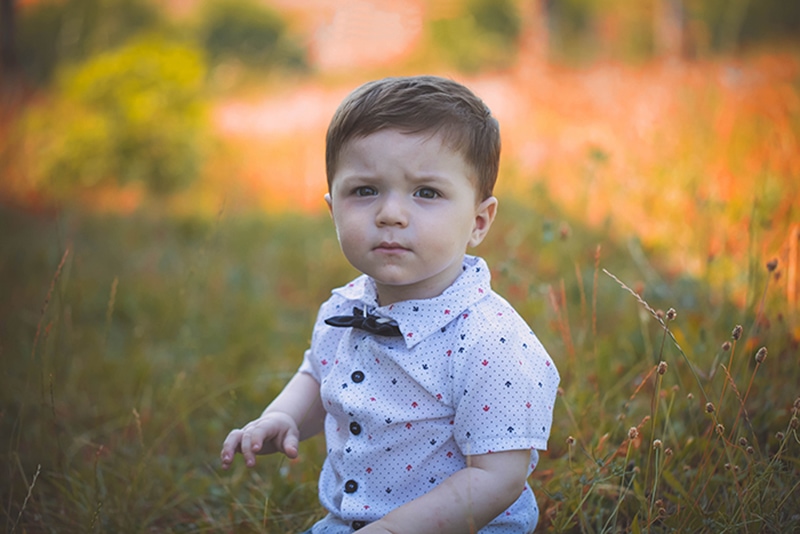 21. Deniz – In Turkish the name is given to men and women alike and has the beautiful meaning “sea”.

22. Derviş or Dervis – The name denotes a Sufi who belongs to a Muslim, ascetic religious community.

The designation as well as the name derived from it come from Avestic, an old Iranian language, where drigu stands for “poor”.

24. Efkan – This name is a combination of the Turkish words “efe”, which means “brave guy”, and “kan”, which can also mean “ancestry” in addition to “blood”. Translated, the name means “of brave descent”.

25. Elias – This is actually a predominantly European name of biblical origin. It comes from the Hebrew אֱלִיָּהוּ (‘Eliyyahu) and means “my God is Yahweh”.

The Turkish variant Ilyas is taken from Arabic. The name is quite well known internationally.

26. Emir – This is the Turkish variant of the original Arabic name Amir, which means “commander” or “prince”. Since “emir” was used as a title, it also occurs in this form as a loan word in the English language.

28. Eymen – This is the Turkish form of the Arabic name Ayman, which means “blessed”, “happy” and “right-handed”.

29. Fatih – The name comes from Arabic, where فاتح (fatih) means “conqueror” or “conqueror”.

30. Ferhat – This is the Turkish form of the original Persian name Farhad, which means “won” or “acquired” in Old Persian. This was the name of several rulers of the Parthian Empire, the first great Persian empire of ancient times. 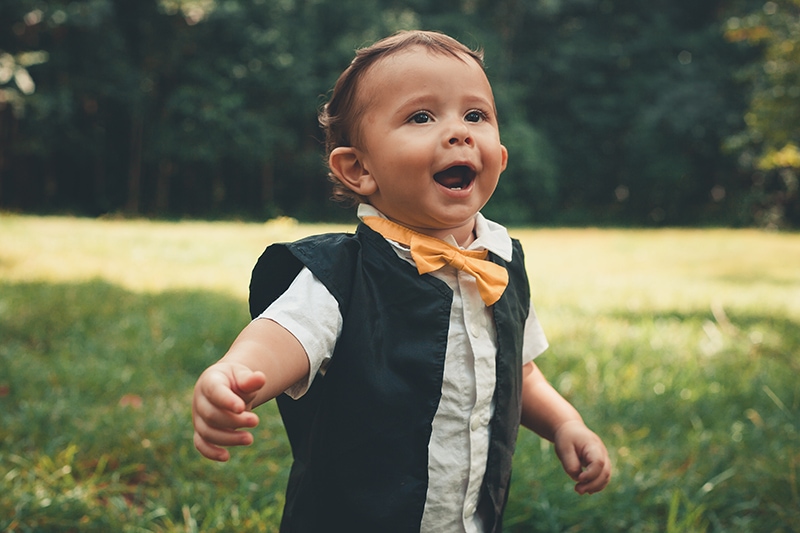 Thus it can be translated as “young moon”. The name is given to both genders, but is more common among men.

35. Hamza – Originally Arabic name, most likely derived from the Arabic word for “strong” and “steadfast”. That was the name of an uncle of the Prophet Muhammad, who was killed in a battle.

36. Haydar – Turkish form of the original Arabic name Haidar حيدر, which means “warrior” or “lion”. That was the title of Ali, the husband of Fatima, the daughter of the Prophet Mohammed.

38. Isik or Işık – The name comes from Turkish and can be worn by both men and women. It has the simple and beautiful meaning “light”.

39. Ismet – Turkish and Albanian form of the Arabic name عصمة (‘Ismat), which means “security” or “protection”.

Thanks for visiting we hope our article Turkish boy names – 80 first names from traditional to modern
, we invite you to share the article on Facebook, twitter and whatsapp with the hashtag ☑️ #Turkish #boy #names #names #traditional #modern ☑️!