Autism: what it is. Symptoms, causes, signs and strategies for parents

Autism: what is it? Each individual with autism is unique and unrepeatable because there are infinite combinations of this syndrome. All the fundamental information on this condition, with the help of the expert Lucio Moderato, psychologist and psychotherapist

Autistics are super-intelligent. Autistics don’t understand anything. An autistic child cannot speak and cannot attend public school. If a two-year-old child does not speak then he has mild autism. Autism is contagious. Autism is hereditary. An autistic person is dangerous…. Let’s continue? There are so many inaccuracies, clichés and outright nonsense about autism or, better, about autism spectrum disorders.

Nostrofiglio.it tries to clarify the subject, with the help of Lucio Moderato, psychologist and psychotherapist director of daytime and territorial services of the Onlus Holy Family Institute Foundation, considered one of the leading Italian experts on autism. 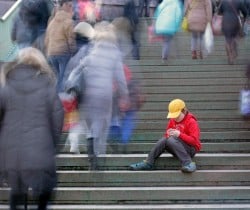 April 2 is World Autism Awareness Day, an international event that aims to stimulate the improvement of services for those affected and the …

Autism is not a disease

“Autism is not a disease“Moderato immediately clarifies.” A disease, in fact, requires a diagnosis and a cure: autism is not cured. Autism is a syndrome and it would be better to call it ‘autism spectrum syndrome’ or, as I like to say, say ‘autistic constitution‘: it is a condition that affects the whole person, which affects every aspect of his being. “It is no coincidence that some speak for the autism spectrum disorders of neurodiversity.

Let’s take a practical example: are autistics all like the Rain Man played by Dustin Hoffman? No: some (a minority) have a high intellectual functioning, (there are many famous autistic people) an IQ even higher than the norm, while others have intellectual and cognitive deficits that can also be important. Some autistic children speak without great difficulty, others at 10 just say “mom”; some manage to lead a completely independent life, others will need ongoing assistance.

Causes of autism: is it hereditary?

“For years, scholars have been trying to investigate the causes of autistic disorder and the most recent studies indicate that they depend on a combination of various factors, starting with genetic ones,” says Moderato.

In some cases it is direct genetic causes, that is, linked to the alteration of a gene or chromosome that causes the disorder, even in the context of other syndromes such as Down syndrome. Sometimes these genetic alterations can be inherited from the parents, while other times they appear spontaneously in the affected child. More than 200 genes have been identified so far that may be involved in the onset of the disorder.

In other cases, there is no direct link to some defect in genes or chromosomes, but there may be genetic factors capable of contributing to the predisposition to the disorder, in association with other environmental factors. What these external factors may be is difficult to say. “Sometimes there is a connection with an infection experienced by the mother during pregnancy, or with exposure to particular drugs, always during life in utero,” says Moderato. However, I also underline the difficulties of the specialists: “The breadth of the spectrum with which the syndrome manifests itself is such that diagnosis is often difficult”.

Is it cured of autism?

“No. The disorder, mild or not, will accompany the child throughout its existence“Moderato specifies.” However, there are ways, strategies to make autism compatible with the daily challenges of life, making autistic children reach the highest possible level of ability, to make them and those around them live better.

It’s about a essentially clinical diagnosis (ie done without resorting to instrumental or biochemical investigations) and complex. “Of course, today we have models, even at an international level, that help us: there are particular tools, such as rating scales, with precise indicators, but these are not objective tests and for this they go conducted by specialized personnel, in centers with great experience“says the psychologist.

Pointing out that it can happen that autistic disorder is mistaken for schizophrenia, attention deficit syndrome or childhood psychosis. “Unfortunately, even today in Italy many children are not diagnosed with the syndrome, with obvious problems for their treatment and for the quality of their life”. 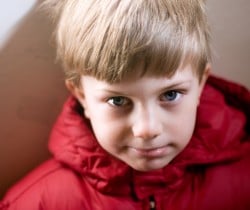 Early (possible) signs of autism in children aged 0 to 3

Pandemic: nutrition and eating disorders are increasing among the very young

Abdominal diastasis: the exercises to do

Abdominal diastasis: the exercises to do